IDFA 2021: World-Premiering Sociopolitical Docs to Watch For in 2022 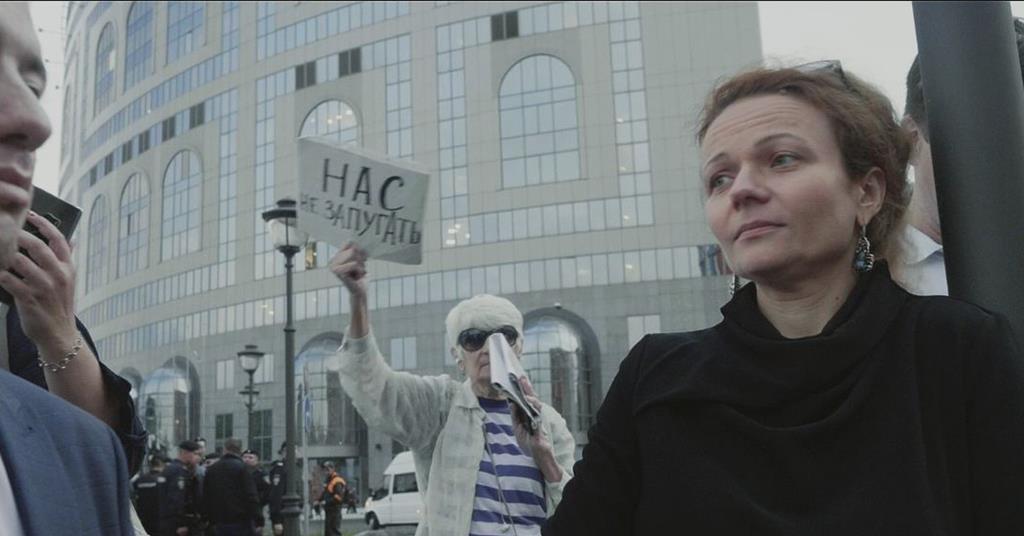 Covering this year’s hybrid IDFA from home was both blessing and curse. On the downside, I wouldn’t be attending any screenings in one of the most gorgeous cinemas in the world – Amsterdam’s now century-old (and now “Royal Theater”) Tuschinski — nor experiencing all the new media wonders of IDFA DocLab. (Even with the free online exhibition running from November 19-28 I had to forego all VR as I don’t have a headset on hand.) Then again, I did avoid the city’s pandemic-induced partial shutdown (turned closing weekend lockdown) while still having access to the pretty packed P&I library.

This included a wide-ranging selection of eye-opening sociopolitical docs from the premiere-only Frontlight section (dedicated to taking “an artistic approach to exploring the urgent issues of our time”). So after such a highly unpredictable 2021 it’s nice to have at least one sure bet: That the following four character studies – all world premieres – will be sparking thorny conversations throughout the fest circuit in the hopefully more “normal” year to come.

“In order for things to change we have to understand why things happen the way they happen,” asserts the bold no-BS star of Nina Guseva’s The Case, a meticulous study of Russia’s Potemkin legal system through the trials (in every sense of the word) of lawyer Maria Eismont. Peaceful protests break out on the streets of Moscow to demand fair elections. Thousands of activists are arrested, hundreds more injured. Eismont shows up at the local police station to provide legal assistance. Sometimes the authorities treat her respectfully, other times dismissively, depending on their mood. Sometimes she wins release of detainees, other times not. Rinse and repeat in a Kafkaesque cycle.

That is until the indefatigable barrister lands on “the case” of the doc’s title, that of Konstantin Kotov. The political activist seems to have been arrested for one single crime on four separate occasions – an impossible physical feat that’s nonetheless garnered him a four-year prison sentence. But then Eismont takes to the media on behalf of her client, and reporters start asking questions of Putin. And one begins to think that perhaps the laws of physics could suddenly apply in this case. Then again, it might just be yet another move in the shell game of “managed democracy.”

And the legal shenanigans continue across borders into Poland in Kacper Lisowski’s aptly titled Judges Under Pressure, where one of the last independent judges in this EU-member nation is our guide. “The guillotine is only dangerous while the blade is still up,” notes Judge Igor Tuleya, who nevertheless goes about his daily work with both black humor and an ever-present target on his black robes.

Gangly and bookish, though also a bit hipster-ish in his big black-rimmed glasses – a look that serves him well at the many music festivals where he and his brave cohort conduct grassroots legal workshops – Tuleya is the unlikely face of the shrinking, pro-independent judiciary movement. Not to be confused with the ruling, right-wing Law and Justice party (PiS); which seems to swiftly be firing and arresting its way through the country’s courtrooms to a final cementing of power. Fortunately, as of now the verdict is still out on which side will prevail. For how long the unsettled and unsettling question.

Expanding westward into firmer EU territory a scandal of a very different – though uncomfortably familiar – sort plays out in Name of the Game, the latest nonfiction political drama from Håvard Bustnes, whose 2017 IDFA-premiering Golden Dawn Girls followed a group of take-charge women that band together in an effort to seize the reins of power in the Greek elections. (Unfortunately, this feminist act is only carried out in reaction to the arrest of all the men of their titular neo-Nazi party.)

Now back in his home country, Bustnes has found a protagonist at the opposite end of the political spectrum; which makes Trond Giske, the left-wing darling of the Norwegian Labor Party, all the more problematic. Giske is a charismatic, middle-aged family man who’s spent his entire career in politics, dutifully connecting with his constituents and fighting for liberal causes. Though the savvy politico with the Bernie platform is also a bit of a John McCain-style maverick – having pissed off Labor early on with his vocal anti-global, anti-EU stumping. And then there’s those longstanding whispers of inappropriate sexual behavior towards bright-eyed interns and staff members.

Alas, this doesn’t bode well for Giske when Labor starts tanking in the polls at the same time the Me Too movement washes ashore in Norway – causing a gender and generational-based rupture within the party. Sexual assault allegations against the once shining star become front page news; Giske’s downfall is a fait accompli. Or is it? Which is where Bustnes and his camera come in – specifically to film as Giske, with the unfailing support of his biracial journo wife, drives himself around the country to meet with voters and stage his hoped-for political resurrection. He’s sorry towards those who feel he’s been too, uh, “hands on,” but not sorry – as Giske insists he’s merely a scapegoat for a thoroughly out of touch, Oslo elite-centric party’s much bigger problems. That said, the young, up-and-coming women (and quite a few men) in that liberal organization beg to differ.

And only adding to the drama is Bustnes himself, as the filmmaker is actually tagging along at the behest of the extremely optics-aware Giske. Which causes the veteran director to struggle with his own role in this high stakes game – the name of which he’s never entirely sure.

And for those Netherlands-based attendees of IDFA an even closer to home drama played out back in 2014, when the University of Amsterdam’s archaeological museum, the Allard Pierson, found itself unwittingly caught in the middle of a geopolitical cultural dispute, the stakes of which could not have been higher. With The Treasures of Crimea Dutch IDFA vet Hoogendijk – who world-premiered The New Rijksmuseum at the fest also in 2014, and whose other 2021 doc Housewitz was selected for this year’s Envision Competition – follows one heck of a made-for-Hollywood saga.

It all started routinely enough. Just as the Allard Pierson was innocently wrapping up its grand exhibition of Crimean artworks loaned from their source, Russia up and decided to annex the region. Which meant that the Netherlands-based museum, having borrowed artworks from Ukraine, was now suddenly being asked to effectively return them to Russia. And also to Ukraine – as a Kiev museum was likewise insisting on rightful ownership.

Fortunately, Hoogendijk was able to nab intimate access to the showdown’s three key players – the conflicted male director of the Allard Pierson, and the two women forcing him to choose between them. There’s the scrappy Crimean archaeologist and museum director who’d convinced all her colleagues in the region to loan out items for the “Crimea – Gold and Treasures of the Black Sea” exhibit in the first place. But there’s also the more bureaucratic, by the book museum official in Kiev who stresses that it’s simply unconscionable for irreplaceable Ukrainian artworks to be sent home into Russian hands. And by injecting this human element into the bigger picture, which includes long and winding battles in dry Dutch courts, Hoogendijk is able to make her own laudable, though lamentable, case: The political is also personal, and all sides (including the public) bound to lose.