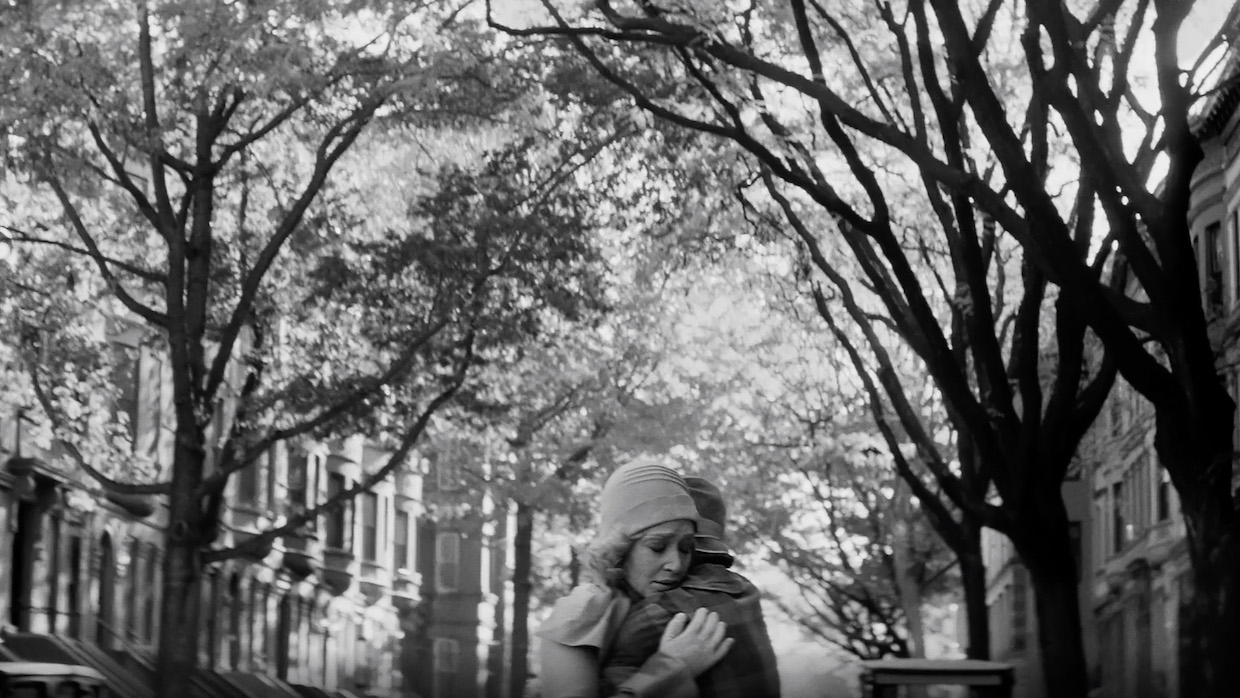 Ruth Negga and Tessa Thompson in Passing (courtesy of Netflix)

Five weeks is not an unusually truncated preproduction period for a cinematographer on a modestly budgeted independent film like Passing. However, the interval between landing the gig and starting that work is typically longer than the time needed to pack a suitcase. That’s the extent of the notice Spanish DP Edu Grau had before hopping aboard the project—and a flight to New York—after a last-minute crew change left Passing director Rebecca Hall without a cinematographer on the eve of prep.

“Rebecca called me on a Saturday, and I jumped on a plane the next day to start prepping the movie,” said Grau.

The monochrome and the squarish ratio—a cinematic standard through the 1950s before widescreen presentation usurped the boxier frame—were prerequisites from Hall.

“Normally, you have to fight with directors, producers and distributors to get something made like that,” said Grau. “It was amazing to be offered a movie that already had those components baked into the look.”

Based on Nella Larsen’s 1929 novel, Passing stars Tessa Thompson as an upwardly mobile black Harlemite who begins to question her contentment after crossing paths with a friend from her youth (Ruth Negga), who now passes as white.

Grau settled on the ARRI Alexa Mini as his camera and initially began testing spherical lenses, but he and Hall couldn’t find a set that fit the look they envisioned. When the idea of anamorphic arose, Grau immediately thought of Lomos.

“Rebecca didn’t want it to be crisp and sharp like filmmaking nowadays. She wanted something more lyrical and poetic,” said Grau. “When we talked about anamorphic, I said, ’Well, if we want to go for that look, the strangest lenses I know are the Lomos.’”

Grau also carried a set of older Cooke anamorphics supplied by Arri New York for times when the Lomos were a bit too “funky” even for Passing’s ethereal aesthetic.

“We always tried to use the Lomos, but there were moments where they were too much. We had an older set that hadn’t been rehoused, and there was even a day when one of them fell apart into two pieces in my hand,” laughed Grau. “You almost have to adapt the shot to those lenses sometimes because they’re super soft on the top, the bottom and the sides. One of our operators would put masking tape on his monitor for the 50mm to mark out certain areas because parts of that lens were so soft.”

Shooting spherical on the Alexa Mini for a 4:3 aspect ratio uses almost the entirety of the 3.4K sensor. However, shooting anamorphic and cropping that widescreen image down to 4:3 results in an image that’s roughly 1.7K in resolution. That’s less than half of what Netflix, which bought the film after its Sundance premier, requires for in-house productions.

“In this day and age, with the obsession with 4K, it was pretty scary, to say the least,” said Grau. “But when we looked at our tests on a big screen, they looked special.”

Passing opens with Irene (Thompson) venturing into a largely white New York neighborhood to locate a hard-to-find book for her son’s birthday. Escaping the summer heat at a posh hotel afterward, she stumbles upon Clare (Negga) and the old friends head to her suite (the only set built for the 23-day shoot) to reacquaint themselves. The hotel’s brightness serves as a visual counterpoint to Irene’s Harlem brownstone, whose interiors are often obscured in darkness and shadow.

“We wanted that hotel room to feel like an explosion of light,” said Grau. “It represents this white world that Irene has stepped into as an outsider.”

Shooting in black and white allowed Grau to push his lighting to extremities he wouldn’t dare approach in color.

Grau never intentionally looked at a color image on set—a LUT was used to strip away the saturation for monitoring—but occasionally color would accidentally make an appearance.

“Every now and then someone would plug the cable in the wrong way in the monitor, and people would start screaming, ’It’s in color! It’s horrible! Switch it!’”

Part of that adverse reaction came from the garish colors used to paint the interiors of Irene’s home.

“The walls were white when we scouted and they needed to be darker, so we painted them red and green,” said Grau. “That allowed us to easily select them in post-production and adjust the levels, but it also made it so they would be unbearable to look at in color, so no one would ever push us to show the movie that way.”

Passing’s two most expansive scenes in terms of scope take place at a dance hall and a speakeasy. Both scenes were shot over just two days in the same location, with the main floor used for the dance hall and the speakeasy created in the basement below.

“The dance hall was one of our biggest set pieces with a lot of extras and a six-page dialogue scene,” said Grau. “I created a big, soft top light for that scene, and we kept moving it around per shot. We wanted it to feel quite dark, contrasty and moody in this world of the Harlem Renaissance that we haven’t seen that often on screen.”

After proceeding largely as a domestic drama in its first two acts, Passing veers into the realm of the Hitchcockian for its wintry denouement, which unfolds at an apartment party.

“The movie hits you where you don’t expect it and suddenly it becomes a bit of a thriller,” said Grau. “I love that part of the movie. It goes dark, and it feels like the other side of the coin from the opening scenes.”

The film concludes with a long boom up from the apartment’s courtyard, the camera rising until it’s completely enveloped by snowfall. The initial plan was for a crane to perform the camera move, but ultimately the ascending point of view was created in post.

“It was just one of those days where nothing was working right. The roof that the crane was supposed to go on was sketchy. It was very windy. We had all the actors down (in the courtyard) freezing in the snow,” said Grau. “It took us a lot of passes in post to get it right. Rebecca always wanted to end the film with that shot and this idea of seeing the world from afar after being boxed in. It’s a very old-school way to end the story, and it creates an almost magical feel to the conclusion of this hellish fairytale that is both beautiful and tragic.”