“I Would Often Capture the Same Shots on 16mm and Digital”: DP Connor Smith on The Exiles 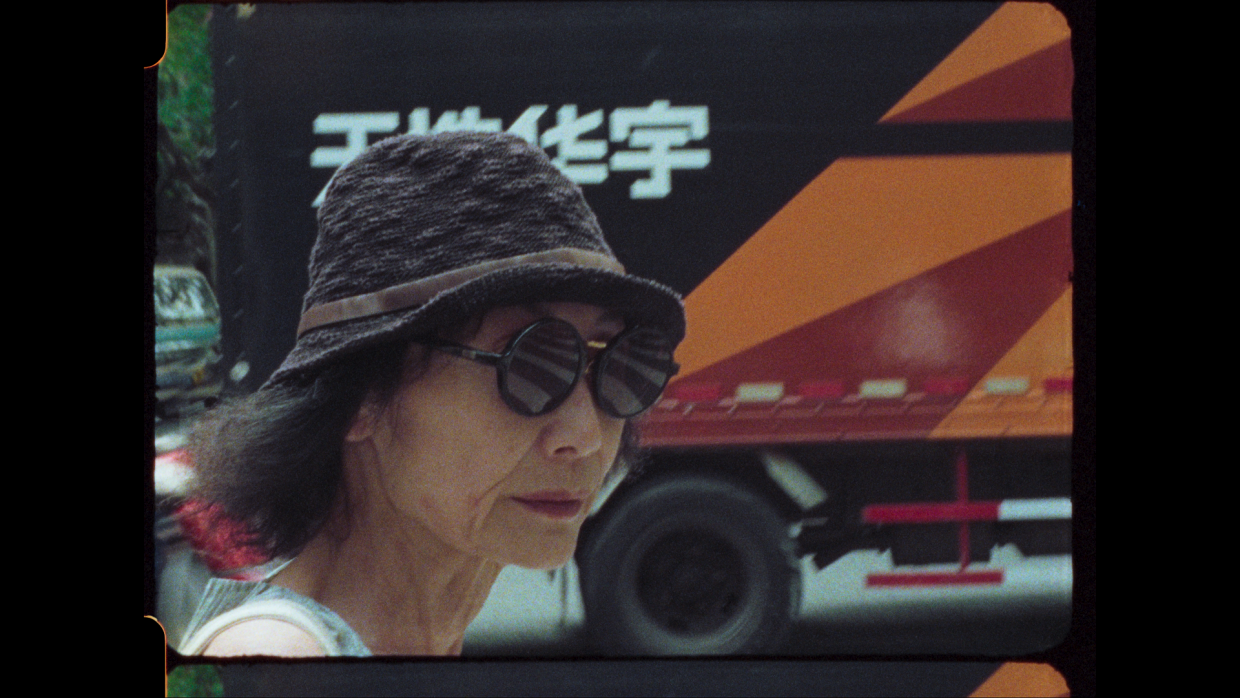 Still from The Exiles

In 1989, filmmaker Christine Choy was hired to shoot interview footage of dissidents from the Tiananmen Square protests, but she never had the chance to show anyone involved the footage. More than thirty years later, Choy embarks on transcontinental travel to show leaders of the movement that footage, and first-time filmmakers Ben Klein and Violet Columbus and cinematographer Connor Smith were present to capture the journey. Below, Smith discusses finding the shooting style right for the film and what it’s like to capture another filmmaker with his camera.

Smith: I met Ben and Violet at NYU. We started shooting this film after graduating in 2016. The filming was on-and-off at first and accelerated as we went on, so a big aspect was flexibility to embark on a long-term project with no set time frame. I think the main goal of the early shoots was getting comfortable with Christine. We started by filming a series of dinner’s at Christine’s apartment. She would have a guest over and we would film in a vérité style. It took a while to find the camera style for our film. Christine is so dynamic and talkative; it can be a challenge to keep the camera active and interesting over multiple hours of conversation. Once we started reviewing footage, we realized that we loved when the camera was handheld and actively reacting to Christine. There is a particular interview at Sundance, shot handheld, low-angle and on a wide angle lens. We had just stepped outside for a short smoke break with Christine, so I wasn’t prepared for an interview. I was freezing cold the whole time, worrying about the wind noise. But once we reviewed the footage we quickly realized it was the best interview we had shot yet, and the raw, unrehearsed style of that interview informed my shooting on the rest of the film.

Smith: We were committed to vérité on this film. We emphasized walk-and-talks, impromptu interviews and multiple formats. Christine worked on 16mm film for most of her career, so we knew that we wanted to reference that by shooting 16mm simultaneously with digital. I would often capture the same shots on 16mm and digital so that we could use the 16mm as a device in the edit. Another aspect of our method was shooting an enormous amount of footage. Christine would often tell me, “You shoot too much.” Compared to the 16mm films Christine shot, our shooting ratio is off the charts. But when you shoot so much footage, at some point the subject has to just forget about you and act as they would if the camera weren’t there.

Smith: Well first, Christine Choy was a major influence on the cinematography. Christine was not shy about critiquing my work as we were shooting. This created a fun dialogue between the camera and Christine. And it became a part of the film with Christine often addressing the camera directly and pointing out a “good shot.”

Also, I’ve always found the Dogme 95 movement to be very influential. The “rules” (although written for narrative filmmaking) provide some very useful principles for documentary filmmaking. For me it translates to avoiding overproduction, going with the flow, and capturing a real moment as it happens—that means sometimes forgoing a lens change or lighting adjustment in favor of capturing what is happening right now! I’m not a purist by any stretch, but it gave me a strong underlying philosophy. Documentaries by Allan King and Ondi Timoner were also influential.

Smith: The biggest challenge to vérité is getting the shot. If I miss a shot, I am very reluctant to ask to do it again “for the camera.” I can’t remember ever doing that on any scene in this film. If you stop to adjust the camera, the subject becomes self-conscious and starts to adjust their behavior for the camera’s benefit. There are some shots that lose focus or shake in a way I wish they didn’t. But the footage is real and unrehearsed and that matters more.

And of course, one of the other big challenges on this film was that I don’t speak Mandarin. Often we were filming conversations I couldn’t understand. This makes vérité shooting particularly difficult, but I learned to pick up on context clues from Christine who would sometimes generously turn to the camera and translate. Some of these moments from Christine actually made the final cut. But really, I never knew what we had captured until I saw the footage translated.

Smith: We shot on a number of different cameras over the many years we were shooting this film. But for our final and main interview with Christine we shot 16mm on the Arriflex 16SR2. This was Christine’s camera she had bought over 30 years ago when she was making films with Third World Newsreel. And it is literally the same camera with the same lenses that Christine’s 1989 footage of the Tiananmen exiles was shot on. It’s an absolutely beautiful camera package that we thought would bring our film full circle. We dug the camera out of Christine’s closet for the shoot and I spent a few weeks cleaning up old foam that had deteriorated and stuck onto everything. Well worth it.

Smith: When Wu’er Kaixi and Christine reunite in Taiwan after 30 years. I actually started recording to capture a b-roll shot as we waited for Wu’er Kaixi to arrive. He happened to walk into my frame and I captured the first time they had seen each other in almost 30 years. I shot without cutting for multiple hours as they walked through the campus of Taiwan National University. They were genuinely catching up and the camera was just following.