“Christine [Choy] Has Always Been a Person Who Puts Her Ideals into Action”: The Exiles Directors Violet Columbus and Ben Klein 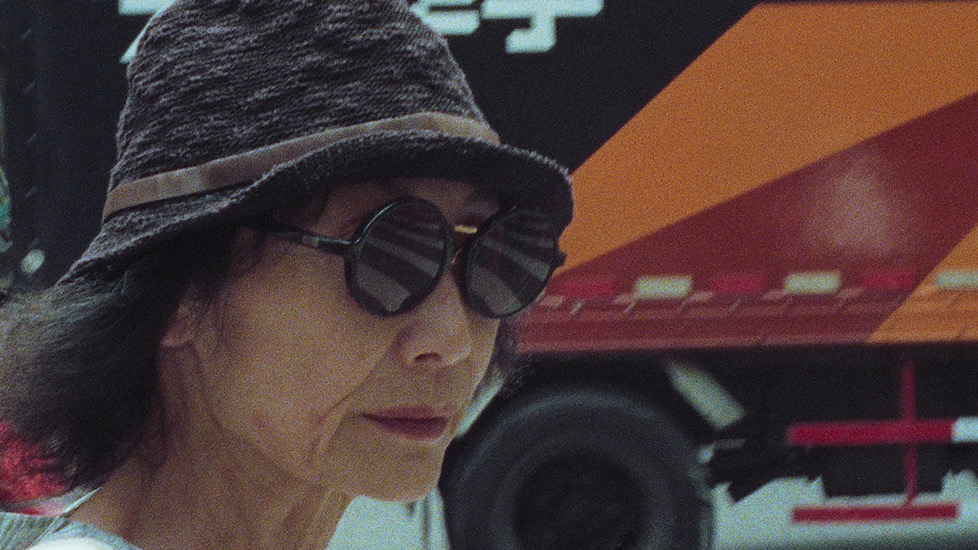 The first rule of documentary film? “Lie to everyone.” This from no less an authority (and anti-authority) than Christine Choy, the Oscar-nominated filmmaker (Who Killed Vincent Chin?) and educator (NYU, Cornell, Yale, etc.), founding director of Third World Newsreel, and straight-shooting (no pun intended) civil rights rabble-rouser. (Once during the US Film and Video Festival – soon to be rebranded Sundance – Choy even pulled Robert Redford aside to bluntly ask what was up with all the white people and white snow.) And now she is the cigarette-puffing central character in Violet Columbus and Ben Klein’s The Exiles, which executive produced by Violet’s father, the filmmaker Chris Columbus, Eleanor Columbus and Steven Soderbergh.

In the duo’s auspicious feature debut (world-premiering in Sundance’s US Documentary Competition), Choy serves as guide to a horrific buried history – purposely in China’s case, narcissistically in ours (a “self-interested nation” is Choy’s candid assessment of her adopted homeland). That’s the history of the 1989 Tianamen Square protests and subsequent massacre in Beijing. It was during this upheaval that the Shanghai-born Choy decided to train her lens on the leaders of the fledgling democracy movement, specifically three men of different ages and backgrounds: a firebrand student, a prominent academic and a corporate CEO forced to flee to the US. Thirty years on Choy tracks down the trio (now living in Taiwan, Maryland and Paris, respectively) to share with them footage from the project she eventually abandoned. And to find out whether the personal price they’d paid for what would turn out to be an international political betrayal had ultimately been too high.

Fortunately, Filmmaker was able to catch up with the co-directors just prior to the film’s January 21st Sundance launch to learn all about shooting The Exiles, the exiles, and the iconoclastic whirlwind at the center of it all.

Filmmaker: So how did this film come about? Was Christine Choy your professor at NYU?

Klein: Yes, we both met Christine, and each other, at NYU in Christine’s documentary production class.

Columbus: Ben and I clicked creatively right away and wound up working together on a variety of projects throughout college. We also clicked with Christine, and she became a mentor to us. We would often go over to Christine’s apartment for dinner. She took us to lots of screenings and introduced us to her filmmaking community. She graciously invested herself in us, as both artists and as people. I’ve never had a mentor like that. It meant a lot to me.

Klein: We had toyed with the idea of making a documentary about Christine and her trailblazing career after we graduated from college. Although she’s spent so much time behind the camera, Christine’s personality is electric, and she makes for an unforgettable subject when she’s in front of one.

Christine showed us the footage of the exiles from 1989 and asked what we thought she should do with it. We had the idea of using this footage as a way to explore both Christine’s process as a filmmaker and her personal history.

Columbus: Christine loved the idea, and was really enthusiastic about it. We’re very grateful she trusted us with this historic footage.

Filmmaker: What was Christine’s behind the scenes involvement? Did she consult throughout production?

Klein: During production Christine was key collaborator. She was extremely helpful in terms of research, both from a Chinese history perspective as well as opening up her vaults and clueing us in on her process.

Columbus: Christine helped us track down the exiles in the present day. She also acted as unofficial translator. Because some of our subjects were more comfortable speaking Chinese we wrote our questions for them ahead of time, and Christine would conduct the interview.

Klein: Often these interviews would end but the camera would keep rolling. We’d capture hours of Christine’s more personal conversations with the exiles. These moments wound up being quite powerful and among our favorites in the film.

Filmmaker: In addition to shooting in NYC, you also travel to Maryland, Paris and Taiwan to film Christine with the now elderly exiles. Did you have to take precautions in any of these locations? Did you sense that everyone was able to speak freely? What exactly was off limits to the camera?

Columbus: We always deferred to Christine and the exiles in terms of precautions. All three exiles are public figures, and their views on Chinese politics are widely known. There were certain personal things they didn’t want shown on camera, but nothing was off the table in terms of discussion.

Klein: One of the things we love most about Christine’s original 1989 footage is the fly-on-the-wall nature of it and how open and honest the exiles were, even with Christine’s camera trained on them. It was our goal to recreate a similar naturalism in the footage we captured in the present. It was special to see that the exiles still had the same trust in Christine and were able to open up to her again after 30 years.

Filmmaker: Were there particular challenges to collaborating with a documentary force like Christine? On the one hand, it seems her knowledge and expertise (not to mention her footage) would be essential; on the other hand, her alpha personality might lead her to try to take over the project.

Columbus: It’s a privilege to work with Christine Choy in any capacity. While you might expect such a larger-than-life personality to dominate the project, she was incredibly trusting both with her footage and with Ben and me as directors.

Klein: Christine was very clear from the beginning that this was our film, and that she didn’t want to have too much input during post-production. As a documentary filmmaker she knew it would be impossible to be objective about a project centered on her own story.

Though we did feel it was important for Christine to oversee color correction on her footage. She’s such an incredible DP, and we felt it was crucial she had control over how her 1989 footage was graded.

Filmmaker: At one point Christine says that once this doc comes out she’ll never be allowed back into China. Obviously this film will be banned there, but are you – or your protagonists – nevertheless bracing for any backlash?

Columbus: To be honest, we don’t know what any backlash might be, and we don’t want to speculate about it.

Klein: Christine said from the beginning that completing this project might complicate her returning to China. She was intent on releasing the footage, regardless of any personal consequences. The exiles are also aware that there might be backlash from the release of this film, but they were equally committed to telling this story.

Columbus: We’ve always been inspired by Christine’s commitment to freedom of speech and freedom of expression. She’s always been a person who puts her ideals into action, from her days at Third World Newsreel, to her time with the Black Panther Party. She’s a courageous person. That courage inspired us throughout the making of this film.