“One Way to Create a Natural Flow in Sequences Is to Be Very Mindful of Eye Trace”: Editor Chris Witt on 892 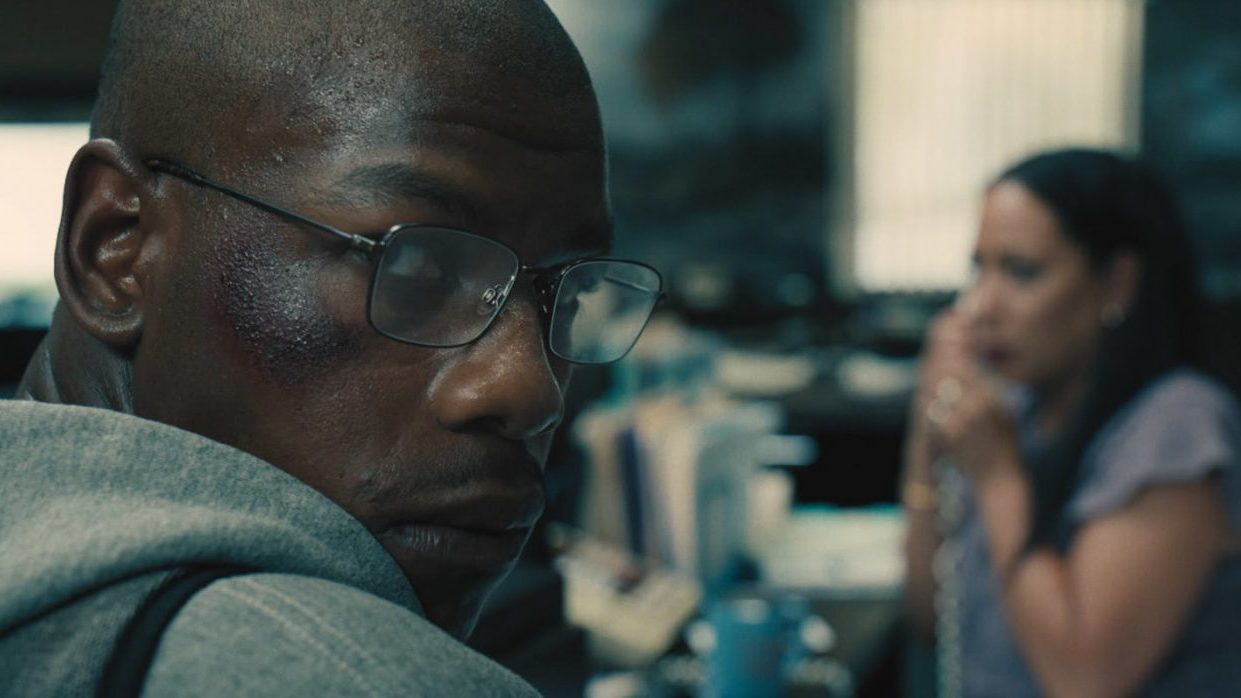 A still from 892 by Abi Damaris Corbin. (Photo: Chris Witt)

Based on a true story, 892 depicts a veteran who struggles to reintegrate into civilian life and, after having his dignity whittled down by financial precarity and a society unreceptive to his needs, he decides to hold up a bank. Below, editor Chris Witt discusses how he subtly adjusted the movie’s pace, drew on Greek tragedy to make the final act as moving as possible, and shaping Michael Kenneth Williams’ final performance.

Witt: After cutting director Abi Damaris Corbin’s USC MFA thesis, The Suitcase, Abi and I became close “film family” along with several others from that project, including the supervising sound editor and re-recording mixer Peter Bawiec and co-producer Elena Bawiec. Over the years, I became a friend and trusted collaborator, and she is comfortable bouncing ideas off me as early as the screenwriting phase. When we edit together, Abi and I share a commitment to leave no stone unturned in finding and sharpening the movie while having a lot of fun in the process. She also appreciates my speed—after principal production wrapped, we only had six weeks to make the Sundance submission deadline.

Witt: Abi and I made a pact early on that we wouldn’t rest until every moment of the film was honest and that every frame built upon the whole. 892 includes a few phone calls between characters. Abi worked carefully with the very talented DP Doug Emmett to design the blocking and shot list to keep each phone call new and interesting while also escalating the tension throughout. It was my goal to elevate their work by creating natural rhythms in the edit to keep the movie flowing through each sequence, building to the catharsis at the end.

Witt: The interesting thing about being human is that entrenched deep in our brain is a social animal primed for survival. We can’t help but subconsciously read body language and eye contact for cues to our environment. One way to create a natural flow in sequences is to be very mindful of eye trace and where characters are placing their active attention. If a character moves or even darts their eyes in a direction, our primitive instincts will shift our own perception in the same direction in case there’s a lion spotted in the bush and another human’s eyes are warning you to run like hell. If I guide your eyes from one position on screen through an edit to where I want them to be looking on the next shot, your eyes will already be looking where I want them and not searching the frame for the focal point. You’ll soon find yourself in a trance. Time flies when you’re in a dream state.

Witt: I came from a modest middle class upbringing in Kansas. In sixth grade, my dad bought a Sony Hi8 camcorder, and in no time I started making SNL inspired skits with my friends that I like to torture my family replaying today. In high school I had access to a “Video Toaster”/S-VHS linear editing suite and discovered that how you edit footage and music together can make your momma cry.

After that, I knew I wanted to cut movies but couldn’t afford film school. After arriving in Hollywood without a filmmaking network, I couldn’t find an opportunity working as an apprentice or an assistant, so I rolled up my sleeves and just cut anything and everything. After a bunch of short films, I booked a USC MFA thesis, Gregg Helvey’s Kavi, that went on to get nominated for the Short Live-Action Academy Award. Soon after, I started cutting features and still find each movie is another opportunity to hone my craft. In 2017, I cut Dipesh Jain’s Hindi language drama Gali Guleiyan, where we were influenced by Scorsese and also the Three Colors trilogy. I learned how to focus the edit on the emotion of a scene and to follow that emotion from one character to the next.

We had many influences and inspirations on 892, but the challenge and freedom of editing movies is as editor I interpret what I see and feel in the footage. I’ve learned not to force a film into someone else’s style or form, but to listen to the movie itself and allow that magic to whisper in my ear to inform me how the movie wants to be cut.

Witt: When I was 19, I got a job working at a WB affiliate in Kansas. The biggest edit suite in the facility ran the software Media 100. Down at the end of the hallway like an afterthought was a little edit room with a dusty old Avid Xpress. My boss gave me the option to learn one or the other. Having dreams of one day cutting movies, I chose the Avid. While over the years I spent time in Edit*, Premiere Pro and FCP Classic, Avid Media Composer has always been my preferred storytelling chisel.

Witt: The end of the movie was the most delicate to cut. 892 incidentally follows the form of the Ancient Greek tragedy, so catharsis is key to the movie emotionally landing. We had many pieces to work with, but we discovered we could choose audience suspense or surprise in crafting the end and found suspense builds to a stronger catharsis. We also carefully chose what the audience sees on screen. The word obscene comes from the Greeks and to them meant “offstage,” so we leveraged over 2000 years of storytelling wisdom to shape our catharsis and how we chose to land the movie’s final moments.

Witt: To maximize flow, I spent time watching the movie in silence—sound can influence perception—to carefully remove empty frames. I also selectively applied what I call “the invisible frame pass,” what Abi likes to call “adding butter,” to areas I wanted to flow faster by carefully removing the first and last frame of every edit in those sequences. Usually, those extra frames aren’t perceptible, but on a whole it can make a sequence flow better. So because the beginning and end of the second act contain several phone conversations, applying “the butter” to those sequences while sparing the more intercut middle of the movie balances out the pace to keep one section from dragging in relation to the others.

Witt: Reading Kwame Kwei-Armah and Abi’s script, I found the storytelling and design elegantly simple. But as the dailies began coming in, I quickly realized that the nuanced complexities of the filmmaking and acting required my very best to meet or raise the very high bar set by the cast and crew. This sense of duty increased substantially when we learned the tragic news of Michael K. Williams’ passing. Sadly, the day we heard also happened to be the first day Abi and I began dialing in his scenes. I felt a deep responsibility to craft his last performance well.

Making this movie was very personal for Michael K. Williams, as it was for everyone on the team. The very impetus of this journey was to honor Brian Brown-Easley as a fellow human being with a story to tell. He was the first to tell it. It was a humbling honor to dig deep into this project with all my soul to support the continuation of his story being told.