“I Was Interested in Enhancing Spontaneous Observational Moments That Had a Strong Sense of Truth Behind the Avatar Embodiments”: Editor Joe Hunting on We Met in Virtual Reality 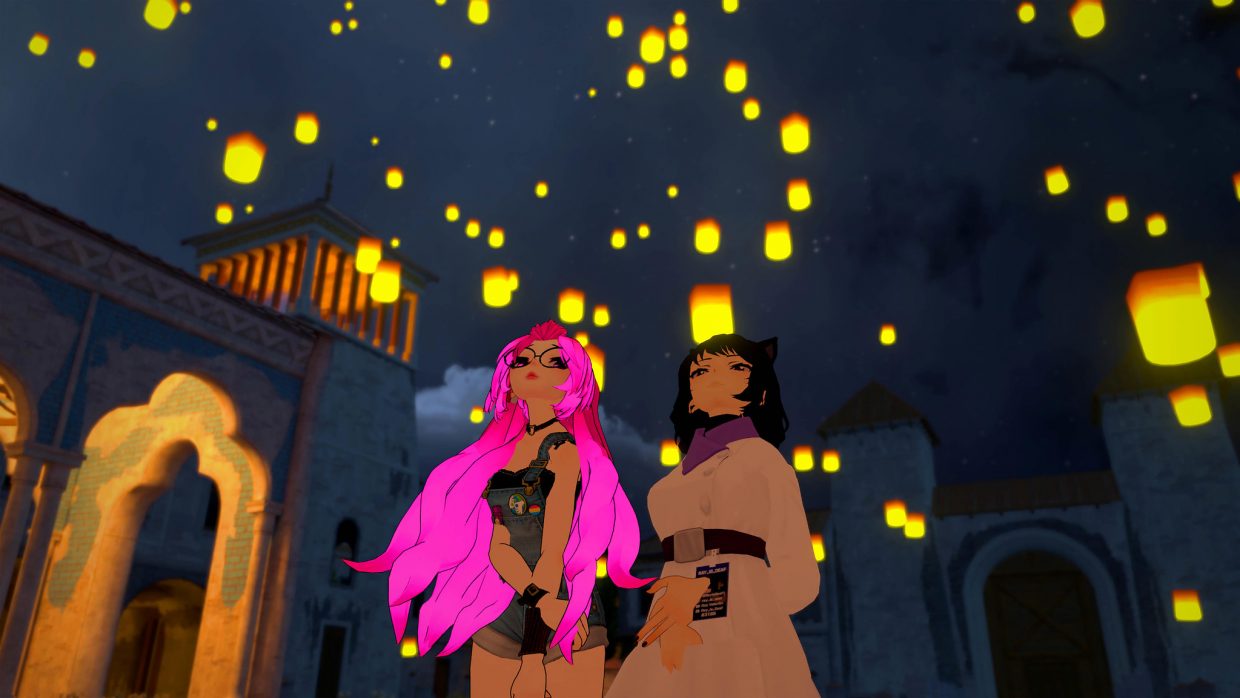 A still from We Met in Virtual Reality. (Photo: Joe Hunting)

Joe Hunting directed, shot, edited and produced We Met in Virtual Reality, a documentary shot within virtual reality that follows a number of couples who met in VR while in lockdown during the COVID pandemic. Below, Hunting discusses what his subjects taught him about the VR space and how he edited the film to try to make audiences forget they were in VR.

Hunting: It was valuable for me to review and edit constantly as I moved through production in order to inform my creative writing and direction of certain moments. I have always edited my own films, so the process is very natural to me. We Met in Virtual Reality was a complete passion project, which somewhat forced me to want full creative control.

Hunting: Advancing from the assembly was largely led by refining what characters and moments connected with both VR and non-VR audiences. I was interested in enhancing spontaneous observational moments that had a strong sense of truth behind the avatar embodiments, with attention on constructing a natural ambience.

Hunting: The key to achieving the work was simply in retaining continuity. After the introductory montages and voiceovers introducing each protagonist, I wanted audiences to forget they were in VR, and that was achieved through establishing settings and using a lot of shot variation to create a happening world. The pace of the edit was led by the emotional experience of entering and leaving VR, beginning in chaotic montages and ending in slow, realist cuts.

Hunting: I have always enjoyed relying on ambient sound and music recorded on location to guide my editing, grounding sequences in a real context, while not being afraid to spin off into something more poetically constructed. Forms of cinéma vérité of world building are what influences my editing style the most.

Hunting: I edited the entire film using Adobe Premiere Pro because I was already well trained with it ahead of working on this project, and it suitably offered everything I needed as a one man band.

Hunting: Certainly the New Years sequence. Establishing a cultural context for each time zone/community celebration required a lot of attention to sound and certain iconography. What pulled all the various worlds together was the use of a bittersweet music track by Anna Meredith, which carries the emotional payoff at the end of the New Years scene.

Hunting: This is a loaded question, as the film has a tremendous amount of meaning to me personally. In reflection on where I was when starting this production, I realize how beautiful it is to really involve the communities and collaborate with subjects in the filmmaking process. Being a one man band, it’s easy to fall into a very solitary way of working, and I can say confidently I would not have the film I’m proud of without being entirely transparent and vulnerable with the film’s subjects. Outside of personal matters, discovering how an avatar interacts with a user’s body and voice will continue to fascinate me. There is a lot of meaning to be found in just listening to the body language of those appearing in the film.