“This Film is Here to Illuminate and Mediate Objectification for You”: Editor Cecily Rhett on Brainwashed: Sex-Camera-Power 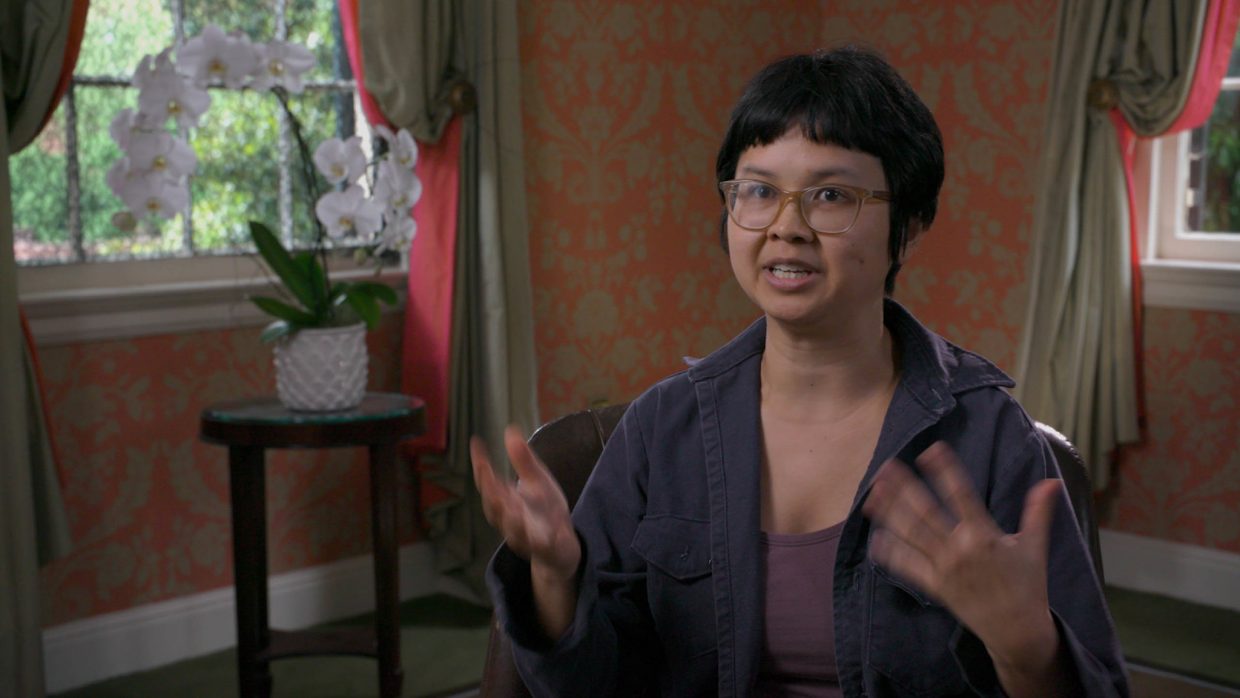 Brainwashed: Sex-Camera-Power is Nina Menkes’ adaptation of her own talk connecting the objectification of women in cinema to employment discrimination and sexual assault. Unlike the talk, however, the film is organized thematically rather than chronologically, and it makes use of film clips and interviews with women who have worked in the industry to makes its connection. Cecily Rhett, the film’s editor, explains how she structured the film and how it vindicated her feelings about the insidious effects of sexism within the film industry.

Rhett: Nina was my mentor in film school and we had stayed connected all these years. In a very cinematic twist, she offered me the job two times and I said no because I was working on other things. And then the third time she asked, I actually said no again because the task of turning her talk, Sex and Power: The Visual Language of Oppression, into a movie seemed so challenging and I had no idea how to do it. I told her she needed to hire someone with more documentary experience. So she asked me to consult on the film, just give the team my thoughts. And as I was thinking about the film, making notes for my consult, I realized I did have an idea of what needed to be done to turn the talk into a film and I pitched it to Nina and the team. I basically said, “if you agree with this take on the movie, then I’m in.” They did, and that’s how I started my work on Brainwashed. Honestly, I think Nina always knew I would edit this film and that’s what ended up happening.

Rhett: My goal in editing and creative producing Brainwashed: Sex-Camera-Power was to prove the triangle of correlation between the objectification of women in cinema, employment for women in the film industry and sexual harassment and assault. I wanted the connection to be made clear, to clarify the unity of themes for the viewer. The talk that the film is based on goes through film history chronologically, but I wanted the film to be thematic, to be an argument. My mother is a lawyer, and I think I got this methodical persistence from her work. I wanted to support the content of the talk with more voices that could speak to the systemic nature of the issues that were linked to the objectification of women. It was also very important to me to create an emotional structure for the movie that alternated dark and light, and then pulled you down, down, down, until we release you slowly into the ending. I like to release slowly to not give the audience “the bends,” as I think of it.

Rhett: This was very deep work. Some of the connections we are trying to make you feel in your heart to be true, but how do you clarify them for the audience? Who do we need to interview to speak to this? What do they need to speak about? How can we lay a foundation of understanding that these realities are connected? Throughout the process, we would show the film to our team, including producer Maria Giese, executive producers Abigail, Susan and Tim Disney, and also to trusted viewers who came from very different filmic or non-filmic backgrounds.

Rhett: I was an experimental theater director and it was an urge to control the gaze of the audience that led me to film school. I was definitely an outlier at USC, but Nina Menkes was teaching there at the time and it was just kismet. She became my mentor and I became her teaching assistant. She was a marked influence on how I thought about film. Kate Amend, the documentary editor, was also my teacher, and I realized when I was editing this film how much she had taught me. I became an editor right out of film school and have cut all different kinds of material, but as an artist I’ve been very influenced by Andrei Tarkovsky, Agnès Varda, Chris Marker, Jane Campion, Walter Murch, Bruce Block and my sister, the writer Kathryn Rhett. I strongly believe that making a film should be a process of discovery all the way through and that you can feel this energy of discovery in the movie.

Rhett: We used Adobe Premiere because that’s what our amazing post supervisor Jim Rosenthal had started using to amass film clips before I came on board. Premiere is very nimble with acquisition, and with over 175 film clips in the movie, we needed to be able to work with all different kinds of formats quickly.

Rhett: The most difficult section of the film to integrate was the section on sexual harassment and assault behind the camera. I really had this feeling that I wanted us to go through the screen, to focus on what was happening behind the lens—what was happening on set. I started to call it “going through the mirror” and then, working with our graphics company Compost, we created a graphic that expressed that reality—taking us literally through the film screen. This allowed us to visually manifest our thematic transition to sexual harassment and assault in the film industry.

Rhett: The graphics in Brainwashed: Sex-Camera-Power are essential to audience understanding of how objectification in film is created. A graphic can distill the film frame and let you see how it is constructed. Otherwise, in looking at the film itself, your mind has trouble focusing, often because the composition is so beautiful, the images so disturbing, arresting or titillating. With the graphics, you can clearly see the elements that construct objectification so you can analyze it for yourself—n the film clips we show and also in the movies you watch for the rest of your life. Another post-production tool that was essential to the making of the film was a text based collaborative outlining program, Dynalist, that I started using at the suggestion of my friend and genius editor Aaron Butler.

Rhett: I learned so much making this film with Nina, at all levels of consciousness. But the most important thing I learned was that all these feelings I had about films, about my own work, about my career—that I wasn’t enough, that my own work as a writer and director “didn’t resonate,” that if what was depicted in films was a “woman”, then what was I?—I learned that I imagined nothing, fabricated nothing. I came up in a time of systemic sexism in the film industry, and its effects are insidious. To other women out there, I want to say, we are here for you. This film is here to illuminate and mediate objectification for you. Nina will stand in front of these images, literally, and be a warrior for change for you.