“We Viewed Every Opportunity to Film in Person as a Fleeting Gift” | Paula Eiselt, Aftershock 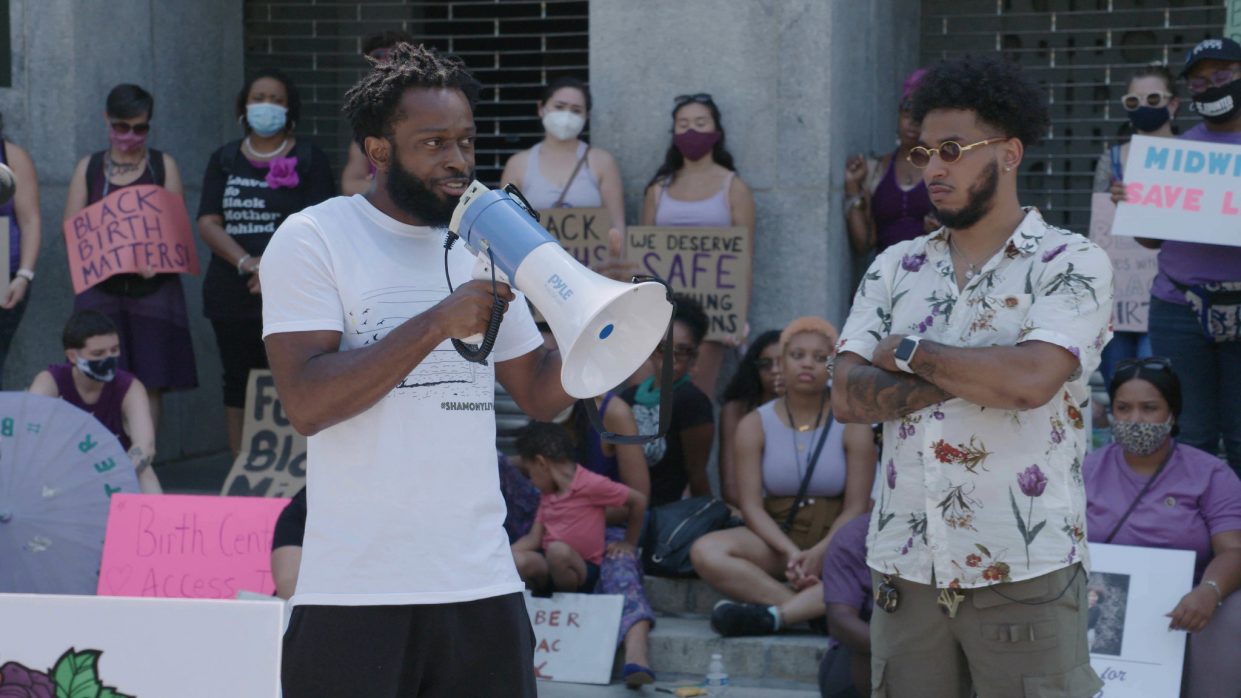 This new way of living over the past two years forced me to reinvent both production and post production processes for Aftershock. The limits inherent in this new creative process were at times really challenging while also fiercely fruitful in ways I could have never expected. However, the constant, unbendable driving force was mine and my directing partner Tonya Lewis Lee’s collective commitment to find a way to uplift our characters’ stories no matter what the circumstances.

We were just pivoting to principal photography when the pandemic hit in March 2020. I also had a baby the first week of March (which actually turned out to be helpful since Tonya and I had used that very unmovable deadline to have all of our development and pre-production materials completed!). That’s to say it was a very chaotic time for us, as it was for the whole planet. Within those paralyzing first months, it would have been more than reasonable to really pause the entire production, but we decided to keep moving and come up with a creative—and safe —way to move forward with production.

The first thing we did was purchase iPhones and complimentary recording gear for our main subjects so they could record themselves during this time. Filmmaker Omar Mullick generously shared an amazing cinematography “cheat sheet” with us that we were able to pass along to our subjects and that proved to be invaluable. Before the pandemic, we did not plan on giving our subjects iPhones to self document; having that as the only filming option in the early days actually empowered our subject/collaborators (Shawnee Benton Gibson, Omari Maynard and Bruce McIntyre) to turn the lens on themselves and deepened our creative collaboration.

In addition to self-recording, we set up as many outdoor shoots as possible and were able to still capture key scenes, many of which took place in the Summer of 2020 when things opened up more. Not being able to shoot in-person when we wanted forced us to become very judicious with what we were filming and also meant that when there was indeed an opening we filmed as much as possible. While initially all this unpredictability slowed us down, in the end we were able to wrap on schedule. We viewed every opportunity to film in person as a fleeting gift that we had to take full advantage of, as did our incredible DPs Jenni Morello, Kerwin Devonish and Michael Crommett, resulting in passionate and quality-filled shoots that almost always moved the story forward.

Editing this film over the past eight months was another opportunity for reinvention. We cut this entire film remotely. Tonya and I were never in the edit suite with our editors, Flavia de Souza and Sunita Prasad, with the exception of meeting for discussions. We did not sit with our editors as they auditioned new cuts, which was definitely not how any of us had worked before. The edit process was a lot more isolating than we all would have liked, but it also allowed everyone to be hyper focused and efficient. We would all make time to watch scenes down and then get on Zoom to discuss. There was a rhythm in both schedule and connection that we fell into and somehow managed to pull off.

The past two years forced us to ride an ever changing creative wave that, in the end, pushed us to hone in on our story in ways that would not have otherwise happened. I believe this film was destined to be told this way and I am very proud of our collective work.