“These Were People Who Were Searching for a Place to Dream”: Nollywood Director Ike Nnaebue on his True/False-debuting No U-Turn 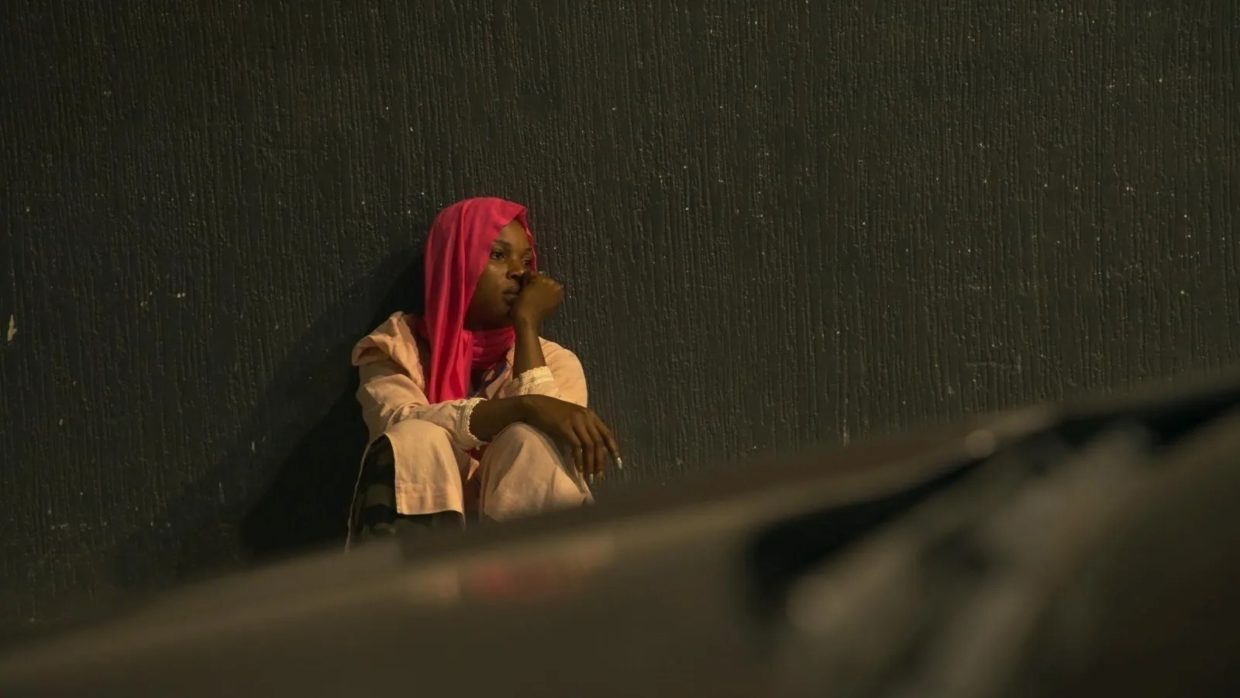 by Lauren Wissot
in Directors, Interviews
on Mar 4, 2022

Ike Nnaebue’s No U-Turn—its title a reference to an interrupted journey the Nollywood director embarked on as an impoverished 20something and is now determined to finish—is an ambitious cinematic quest. Part of the Generation Africa project, the Berlinale-selected film is a cross-country trip across the continent to find out exactly why young people are still compelled to risk life and limb to reach Europe — 26 years after Nnaebue himself tried and failed to do the same. (And ended up with multi-award-winning filmmaking fame back home in Lagos instead.)

To learn all about the road (bus) trip and any insights Nnaebue may have gleaned from his in-depth conversations along the way, Filmmaker caught up with the longtime narrative director (and first-time documentarian) just prior to the film’s True/False debut today.

Filmmaker: Since this film is framed as a “quest to understand how hope transcends fear,” and specifically “why young people in West Africa are still compelled to travel to Europe by road despite knowing the dangers ahead,” what did you ultimately learn? Did you have any big takeaways, or were any expectations upended for you?

Nnaebue: I learned that for most people on the trip, it was a quest beyond to Europe the place. It was much more of a search for self. These were people who were searching for a place to dream, for their own place under the sun.

Filmmaker: In what ways has social media changed the experience from when you took the journey over two decades ago? Were you struck by any particular similarities or differences?

Nnaebue: The major difference is that migrants now are fully aware of the dangers, and most times they know how to avoid extreme danger. In fact, some of the migrants have set up micro blogs where they give updates as to what’s happening on the routes. I thought that was something great. Of course these types of things were not available when I went on my first trip 26 years ago.

Filmmaker: Gender also plays a role in this story, as you were initially partly inspired by a desire to find out why so many of today’s young women are taking such a great risk. Yet it seems to me that a strange guy with a camera might not be the person best equipped to get at sincere answers. So was it difficult to actually gain trust? How did you go about getting the women you met to open up?

Nnaebue: I gained trust with most women on the trip simply by sharing my own stories. I was not afraid to be vulnerable. That helped a lot. Also, I genuinely like meeting people, and people can always tell when you genuinely like them.

Filmmaker: I read that your own youthful journey was quite cinematic as well. Did it inspire you to become a filmmaker? Did you later use it as material for any of your fictional work?

Nnaebue: Yes, my resolve to choose a career in filmmaking was totally inspired by the experiences I gained during my first journey. In 2016 I even made a fictional film on irregular migration and human trafficking called Sink or Swim. A lot of the inspiration for that film came directly from my own journey.

Filmmaker: I also read that as a Nollywood filmmaker it was important for you to not make a “NGO or news reportage” documentary. So how did you plan production? Going into the project, did you have specific visual and sound design elements in mind?

Nnaebue: I started with a development trip, where I went with a young cameraman and a sound man on the route. We went up to Ouagadougou to test the type of visual interpretation I wanted for the film. But I also did not want to work with a cinematographer from fiction. It was important to film the real trip with a cinematographer who’d already had a lot of experience shooting documentaries.

Filmmaker: The dire economic conditions that pushed migration when you were young seem to be eternally embedded in the system as a whole. So are you attempting to tackle social inequities within your own Nollywood industry?

Nnaebue: My films and works have always been heavy on social impact. So yes, I am focused on tackling social inequalities in Nollywood, in Nigeria, and in Africa in general.