At Cannes: Sandra Schulberg and IndieCollect Call For an Indie Filmmaker Bill of Rights 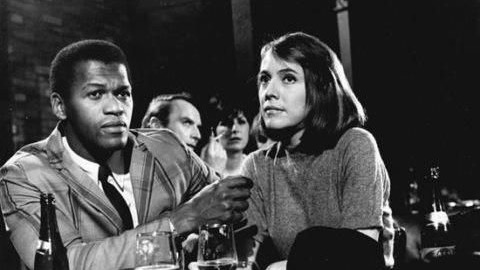 The Story of a Three Day Pass

by Sandra Schulberg
in Distribution, Festivals & Events, Filmmaking
on May 25, 2022

In Cannes, Sandra Schulberg, producer, co-founder of IFP (now The Gotham) and head of IndieCollect, participated today in a CNC Discussion on Film Restoration, sponsored by the Hollywood Foreign Press Association. In her prepared remarks, which she gave to Filmmaker, she is calling for a new Indie Filmmaker Bill of Rights in an attempt to save a generation of independent cinema. Read her remarks below.

Forty-four years ago, in 1978, international critics here in Cannes gave the first Camera d’Or Award to an American indie film. The next year they did the same.

I am here today to gratefully acknowledge the tremendous role that the Cannes Film Festival and its international journalists, in particular, have played in giving birth to and nurturing American independent cinema.

I learned long ago that they knew more about world cinema than we did and they understood what was new and fresh about our “Off-Hollywood” movies.

Now I am fighting to save those same movies.

I salute the Hollywood Foreign Press Association for helping us rescue our films from oblivion. They are doing so much.

And I salute our archive partners. They are doing all they can.

But we are in a crisis.

We are playing a game of musical chairs and the music is about to stop.

Soon there will be no place to safely store all the celluloid that our generation is leaving behind — let alone enough money and skilled labor to digitally restore the finished films. (Not to mention the uncut footage of giants like Barbara Kopple and DA Pennebaker)

So today, I want to proclaim the Indie Filmmaker Bill of Rights. It is very simple:

1) The right to have our master picture and sound elements stored in non-profit archives at no cost to us or our descendants.

2) The right to be notified before laboratories, sound houses, distribution companies and storage facilities go out of business and to be allowed to consult inventories of their holdings — which should be made public — before the materials are disposed of or sold to private collectors.

3) The right to have our work remain accessible — viewable — in high-quality digital formats, and to have the films converted if need be, i.e. digitally restored.

4) The US equivalent of the “droit moral” (moral right) so filmmakers can claim their films and protect them even if they did not originally own the copyright or the distribution rights.

Just as international journalists took up our cause in the 1970s, I am now asking for your help. Please sound the alarm. Please help save the postwar generation of American indie films.

The Cannes Film Festival is still a beacon — shining its bright light on each new generation of filmmakers from around the world.

But there is no present without the past. And the past, these days, is more prescient than ever.

The films we endeavor to save are more prescient than ever. They have stood the test of time. If time has ripened them into maturity, who are we to kill them now?

I know that sounds melodramatic.

But it is true: we are engaged in the slow-motion extinction of the vast majority of postwar indie films — the films of the ’60s generation.

This is akin to the climate crisis. We’ve ignored the problem for so long — far far too long.

If we don’t take action now — at what is already the 11th hour — the most diverse and socially-conscious epoch of American cinema will be lost forever.

For more information and to join the campaign: IndieCollect.org

(Above: Melvin Van Peebles The Story of a Three Day Pass, a picture that was restored by IndieCollect.)