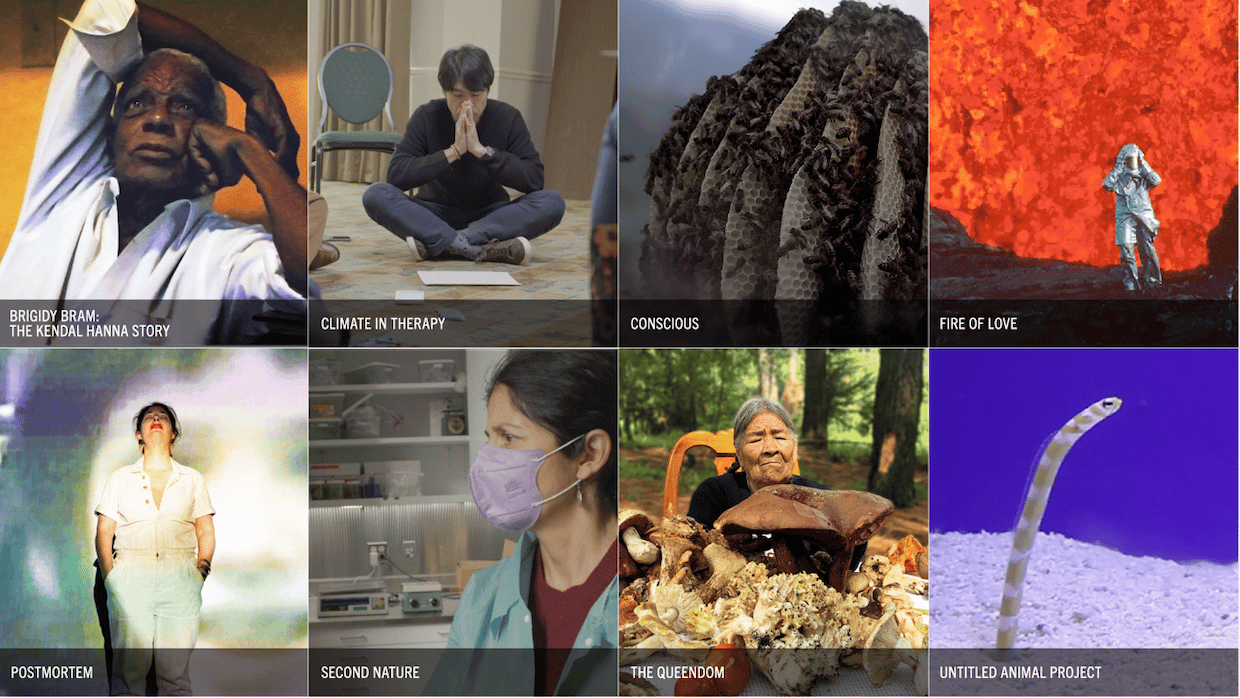 The grantees for this year's Sundance Institute | Sandbox Fund

Today, the Sundance Institute and Sandbox Films announced the 10 projects selected as this year’s cohort for the Sundance Institute | Sandbox Fund. Geared toward supporting nonfiction films that explore the link between science and culture, the fund offers grants from development through post-production and engagement events. The 10 projects selected for the latest edition of the fund will receive a total of $300,000 in non-recoupable grants alongside individually tailored film support, meaningful networking connections and the opportunity join Sundance’s year-round artistic community.

“Since its inception five years ago, the Sundance Institute | Sandbox Fund has vitally enriched the Documentary Film Program by allowing our team to extend its support to artists pushing the boundaries of the documentary form by exploring unique connections between art and science,” said Paola Mottura, Director of the Sundance Institute’s Documentary Film Fund, in press release. “Our grantees have inspired new audiences to reimagine the definition of ‘science film’ by challenging common preconceptions about the scientific process, who does science and what it means to be a scientist. Our latest cohort of grantees is no exception in brilliance and ambition.”

The release went on to elaborate on the varying topics among this year’s project selection, which it describes as featuring “climate scientists confronting their own emotions about global warming, indigenous scientists embracing the wisdom of mushrooms and LGBTQ scientists exploring gender and sexual diversity in the animal world, to the latest studies exploring the connection between brain and consciousness.”

Notable projects that previously receiving funding through the Sundance Institute | Sandbox Fund include All Light, Everywhere (which won the 2021 Sundance Film Festival Special Jury Prize for Nonfiction Experimentation), Herbaria (which premiered at the 2022 Visions du Réel), Users (which premiered at the 2021 Sundance Film Festival) and Wildcat (which was acquired last year by Amazon Studios and just premiered at Telluride). One of this year’s selected projects, Fire of Love, was Filmmaker‘s cover story for the most recent Summer Issue.

Jessica Harrop, Head of Production and Development at Sandbox Film, concluded in the same release: “We continue to be so impressed by the quality and diversity of projects applying to this fund,” said  “Partnering with the talented team at Sundance has helped us connect with and support artists who have unique ways of exploring the art and beauty that can come out of nontraditional science storytelling.”

Find the full list of grantees, distinguished by their respective production stages, below.

Climate in Therapy is a feature documentary that follows seven climate scientists as they confront a previously unknown field of study: their own emotions.

Conscious is a hopeful and cinematic experience, taking us closer to understanding the strength and frailty of the human mind. Using mesmerizing visuals, textured sounds, and compelling stories, the film takes the audience on an immersive and illuminating journey into other minds. What can a neuroscientist and three people living with dementia tell us about consciousness in a technological age?

My Mom, The Scientist (U.S.A., Tanzania)

Facing unprecedented global threats from new viruses and geopolitical competitors, America is in crisis as it grapples with the issue of why, after 30 years of effort, there are still too few Black & BIPOC scientists in STEM (Science, Technology, Engineering and Math) fields to help secure its future competitiveness.

Postmortem is at once a personal memoir, true crime, and cultural interrogation. Filming the behind-the-scenes experience of staging the Postmortem stage play, we expose another layer: the true story beneath the art, and the ways rigorous artistic creation can reveal deeper, collective truths.

Did you know clownfish change sex, penguins parent in same-sex pairs, and bonobos (our closest relatives) are matriarchal? Debunking myths that females are “inferior” and being queer is somehow “unnatural,” Second Nature follows LGBTQ scientists who prove that nature is far more diverse than we’ve been taught.

Untitled Animal Project explores contemporary global supply chains through the lens of the animal experience. Through multiple locations around the world, the film weaves the ways in which food industries affect various species – with a focus on exploring the elusive idea of animal sentience.

How do you watch the climate crisis unfold without losing hope? Untitled Thwaites Film tells the story of a small, female-led research team’s last trip to a vulnerable Antarctic ice sheet.

Three Mexican women—all indigenous scientists and activists—partner with mushrooms to fight for their lands and cultures. The Queendom combines documentary with science fiction to explore the perspectives of both the humans and their most powerful allies: the fungi.

In this intimate portrait circling fact and fiction, the true story of prolific painter Kendal Hanna reveals a case study of how we codify genius.

Fire of Love is an unexpected love story of two intrepid scientists – Katia and Maurice Krafft – who die in a volcanic explosion doing the very thing that brought them together: seeking to understand the mystery of volcanoes by capturing the most explosive imagery ever recorded. Poetic in style and playful in spirit, Fire of Love uses the Kraffts’ spectacular archives to chart a story of creation and destruction, of nature and humanity, and of Maurice and Katia’s love – both for each other and the planet. Premiered at the 2022 Sundance Film Festival where it received the Jonathan Oppenheim Editing Award: U.S. Documentary