Within the Silences: The Sound Team Behind TÁR 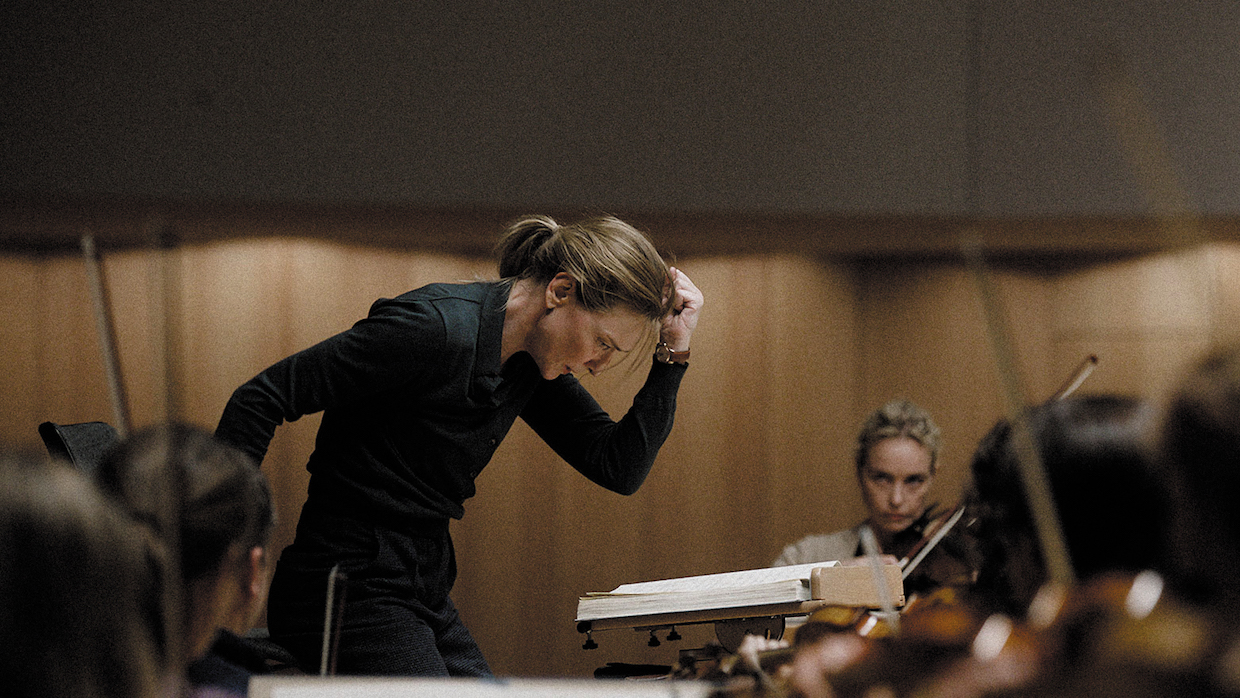 TÁR opens with its namesake, played by Cate Blanchett, being interviewed in front of a packed audience at The New Yorker Festival. The chat serves multiple functions. It delivers the character’s backstory as an EGOT-winning classical composer and conductor, establishes the film’s immersive, observational style and lets the viewer experience sound the way that Lydia Tár experiences it.

During the interview, the festival’s audience is only heard as a communal mass. It laughs together. It applauds together. There is no ambient chatter, no whispered asides, no rustling clothes or shuffling feet. It’s only when the interviewer asks about the influence of Leonard Bernstein that a single cough emanates from the audience. Nothing about that cough is an accident. In TÁR, every sound—a stray cough, a humming refrigerator or a clicking pen—is a piece of storytelling.

“Lydia’s way of communicating with the world—the way that she basically experiences the world—is in large part through sound,” said supervising sound editor Stephen Griffiths. “As she starts to lose control over her world through the course of the film—and we are talking about someone who is the personification of a control freak—that manifests itself in the way that she interacts with the sounds around her.”

That spiraling loss of control begins as Lydia Tár mounts a presentation of Mahler’s Fifth Symphony at the Berlin Philharmonic, first in the form of an increasingly desperate former mentee alleging an inappropriate relationship, then with the addition of a young Russian cellist to the orchestra. As Tár loses her grip, we’re increasingly left to wonder whether everything that her hypersensitive ears pick up—whether a scream for help in the park or a rattling car dashboard—is real. “We wanted to emphasize the psychological aspect of what is happening to her, but hopefully it’s subtle enough so that people are still questioning it,” Griffiths said. “Are the things that she’s hearing a creation of her subconscious or not?”

TÁR marks writer-director Todd Field’s first film since 2006’s Little Children, and he shares some of his titular character’s obsessive attention to detail. “I know it’s a phrase that possibly gets overused, but Todd is Kubrickian in his approach,” said Griffiths. “From my point of view, that’s fantastic because he knows what he wants, and he will help you to achieve it in terms of the time in the mix and the resources available. That’s always what you’re looking for is a clear vision.”

Sending detailed specifications for theatrical presentation, which the director famously did for Barry Lyndon, is certainly a Kubrickian trait. Field—who back in his acting days appeared in Kubrick’s Eyes Wide Shut—followed suit on TÁR. Among the requests was for the sound to be set at either Dolby 7 or at 85 decibels for theaters using alternative calibration methods. “In other words, it is a very quiet mix,” wrote Field.

Nowhere is that more apparent than with Hildur Guðnadóttir’s score, which sometimes blends so seamlessly into the ambient noise of a location like a Berlin highway tunnel that it’s almost imperceptible. “In mixing the score, one of the phrases Todd kept bringing up was, ‘We don’t want to get caught.’ We don’t want to be leading the audience with the score,” said re-recording mixer Deb Adair, an Oscar nominee for Moneyball who primarily worked on TÁR’s dialogue and music. “The score is very, very low [in the mix] and hopefully it gives a sense of dread,” added Griffiths. “You almost feel it rather than hear it.”

The choice of a subtle mix extended to the dialogue. “When we were mixing an early scene in a restaurant between Tár and [a conductor colleague played by Mark Strong], we kept pushing the dialogue back and back and back because Todd didn’t want the actors to feel mic’d. That is not something that’s normally done these days,” said Adair. “We tried to stay away from Iso mics as much as we could and keep with the boom mics. Another thing that was very important to Todd was staying true to the acoustics of each environment.”

The production’s secret weapon for creating those realistic environments was location sound mixer Roland Winke and his Decca Tree, a tool frequently used for recording orchestral performances. Winke employed the array of omnidirectional microphones to capture ambient environmental sound at all the film’s locations, placing the Decca Tree in close proximity to the camera for the correct auditory perspective. For recording dialogue, Winke leaned on boom and lav mics from Sanken for Sennheiser.

All the film’s diegetic music was recorded live on set, be it Tár belting out “Apartment for Sale” on the accordion as she emotionally craters or the orchestra rehearsing the Mahler performance. With the Dresden Philharmonic playing the film’s musicians, Winke and his team placed mics on more than 40 instruments to capture the rehearsals at the Kulturpalast Dresden, a 1960s-era building (the name translates to “Palace of Culture”) whose concert hall was remodeled beginning in 2012 and reopened in 2017. “Those instrument microphones recorded the clean sound of the orchestra, but they have no ambience. So, we placed the Decca Tree next to each camera position so that they could mix [the sound of the environment] in later,” said Winke, an Emmy winner for The Queen’s Gambit.

Another challenge for Winke was a one-er that stretches for more than 10 minutes as Blanchett’s character teaches a class at Juilliard. The scene opens with a student orchestra playing, continues with an extended Blanchett lecture as she ambulates around the classroom, then moves to a piano where Blanchett’s playing was recorded live. “That was one of the craziest scenes I have ever had to do,” said Winke. “It wasn’t possible to boom the dialogue or use the Decca Tree because we were shooting 360 degrees—sometimes close to the actors and sometimes far away. Instead, we put a mid/side stereo microphone on the boom, and it traveled with the camera. Then, we put microphones on all the instruments and used radio mics for all the actors.”

The assortment of tracks made Adair’s job immeasurably easier in the mix. “I cannot say enough about Roland. His recordings were amazing,” said Adair. “The tracks for that Juilliard scene followed the camera so beautifully. Then, when [Blanchett] goes up to the stage and gets on the piano, he mic’d the piano in two different ways so that I was able to blend those two tracks together to make it believable that we were in that space.”

A key sound cue in the film comes with the arrival of the aforementioned cellist, whose clacking heels on the stage after her audition attract Tár’s attention. “Todd and the editor, Monika Willi, cut the film in an old nunnery in Scotland, and we gave them some mics [to create temp sound effects],” said Griffiths. “[The sound of the heels] was something they actually recorded up there that we ended up using in the film.” Another sound that earns Tár’s scrutiny is the incessant clicking of her assistant conductor Sebastian’s pen, which annoys her to the point that she swipes it during a visit to his office. “When we were working on that, Todd kept on saying, ‘Come on, let’s make (that click) louder. We haven’t got that many funny moments in the film. Make this funny,’” said Griffiths.

The final mix was completed at London’s famed Abbey Road Studios, with the sound team and Field testing their work in an assortment of environments. “I’ve never checked a DCP as much as on this film,” said Griffiths. “Our benchmark was the Dolby projection room in London, but we went to different movie houses [to see how it played in different theaters]. Todd used to be a projectionist, so he really cares about these things. [Proper theatrical presentation] is almost a lost art.”

The final mix was done in Dolby Atmos, though Griffiths emphasized that just because you have all those speakers at your disposal doesn’t mean you have to fill them all up. “Sometimes, it’s more effective to have less because then you get more of an effect when you do go really big with the sound,” explained Griffiths. “There are a couple of moments where we use the directional nature of the surround speakers quite a lot and in a very specific way. In some ways, it’s quite aggressive panning. It’s not a soft approach. It’s all geared to get a response from the audience.”