“I Opted for a Low-key Chiaroscuro Look”: DP Sherwin Akbarzadeh on Shayda 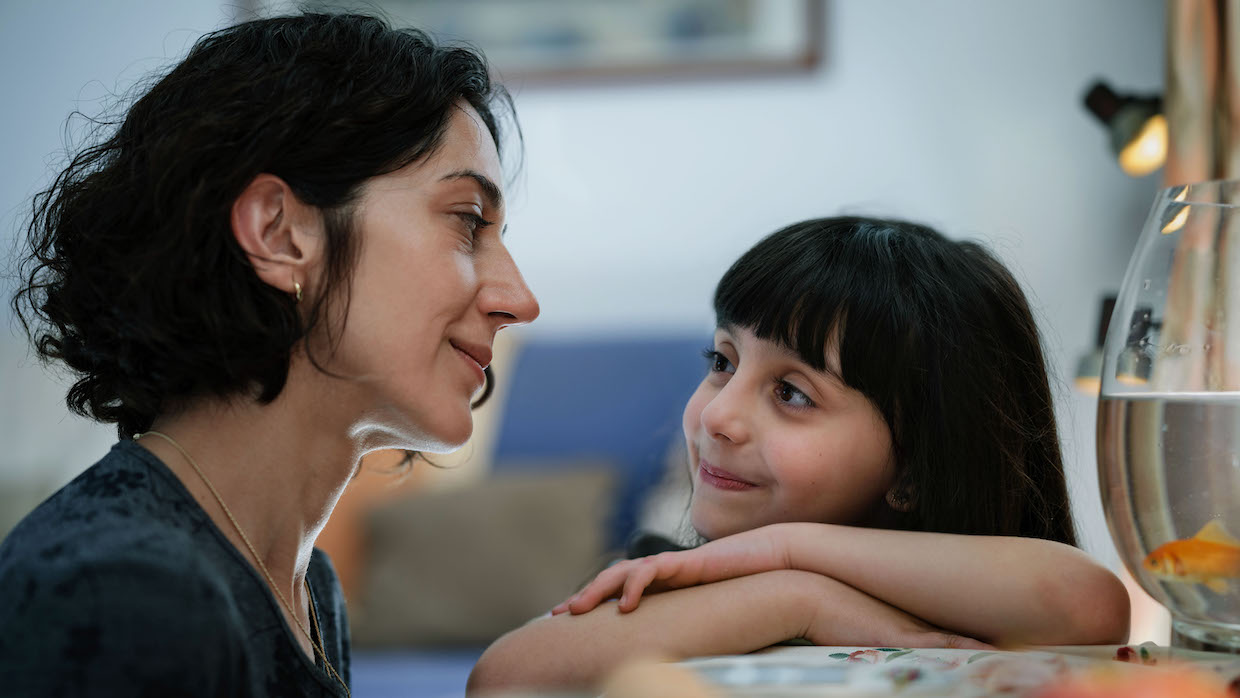 Writer-director Noora Niasari’s debut feature, Shayda, is a deeply personal tale of trauma and tenacity. With a script mining from Niasari’s lived experiences, the film centers on the titular character Shayda (Zar Amir Ebrahimi), an Iranian woman living in an Australian women’s shelter with her 6-year-old daughter. With the Iranian New Year upon them, Shayda attempts to forge a new life for them after her recent divorce from abusive husband Hossein. However, when a judge grants him visitation rights with his daughter, Shayda becomes increasingly concerned that her ex-husband will kidnap Mona and flee back to their native Iran.

Cinematographer Sherwin Akbarzadeh tells Filmmaker about his previous working relationship with Niasari, the necessary accommodations the team made for the film’s 7-year-old co-star and the process of shooting a traditional “fire-jumping” festival scene.

Akbarzadeh: The director, Noora Niasari, and I have completed three short films together and share an Iranian cultural heritage. This shared history was a key factor in my being hired. I read early drafts of the script and was hooked. It’s incredibly fulfilling and slightly surreal to tell an important story set in my own cultural diaspora.

Akbarzadeh: Our main aim was for the cinematography to reflect the subjectivity of the film’s protagonist, Shayda, and also her daughter Mona. The camera was handheld and basically glued to them, seeing only what they see and how they react. I hope this creates a feeling of intimacy and empathy for our characters. Shayda is a survivor of trauma who is trying to start a new life and teach her daughter the beauty of her culture. This tension between trauma and joy, or darkness and light, heavily informed my lighting choices, where I opted for a low-key chiaroscuro look. Naturalism was foundational, but I tried to heighten it when possible as to embrace the thriller elements of the story.

Akbarzadeh: Fish Tank and Son of Saul are two films which we referenced for camerawork. Both employ the same intimacy with the characters that we were aiming for. Andrea Arnold once said something about the camera never entering a room before the character, which has stuck with me. We kept to that rule on Shayda. For lighting, I looked at some paintings from the Dutch masters.

Akbarzadeh: The biggest challenge on this film related to the scheduling and logistics surrounding our 7-year-old co-leading actress, Selena.  Child employment laws limited her days to six hours with a 10-minute break every hour. We used a body double where we could, but within those six hours, the schedule pressure was intense. Selena is an incredible young actress but it was her first role and the material was extremely challenging, often with child-safe versions of scenes. Due to time pressures or child safety concerns, we would often shoot Selena’s coverage seperately from the main action, which added a logistical element to most days. Other production challenges related to the usual limitations of a low-budget film, which especially affected scenes involving moving cars and SFX.

Akbarzadeh: We wanted to shoot on film, but never really entertained it because we knew we’d be working with a child actor and doing long, unstructured takes. So I shot on the Alexa Mini, which has been my go-to for many years. I opted for a Super35 sensor over the LF because it feels like a more natural perspective to me and I wanted the camera to feel unobtrusive. Texture was important to us and I love the Mini’s noise structure at 1600 ISO. We used Panavision Primo lenses which have a nice sharpness to them without betraying our 90s period feel.

Akbarzadeh: In terms of the lighting, naturalism was very important to me. Yet we wanted the lighting to also be a little expressive, so it was a fine balance. I always kept the camera off color temperature as to avoid any pure white in the light sources. For the slightly gritty, real-world setting of this film, it felt authentic to have a twist of color in all of the sources and to have lots of color contrast. Noora and I wanted to minimize clutter on set to give the actors and the camera a lot of freedom to find scenes in a semi-improvised way. So I lit as much as possible from adjacent spaces and generally limited myself to one source in the shooting space, ideally rigged to the roof and out of the way and also used a lot of practical sources. I hid as much negative fill as I could and brought more in for close ups. By embracing shadows in certain scenes, I hoped to express Shayda’s fear and trauma and reflect the thriller elements of the story.

Akbarzadeh: The most difficult scene for me was the Chaharshanbe Soori (fire-jumping night) festival scene, which we scheduled over two nights. It read as eight minutes on the page, and was a night exterior which involved an ensemble cast, low-key stunts, lots of extras and camera movement over a large area. During this Persian New Year tradition, people jump over several small bonfires, which was not something our actors were allowed to do. So we had to fake this using a lighting/smoke gag, POV shots of real fire and compositing fire elements in post. Because of the ensemble of characters in this scene and many POV shots of featured extras, there were many different eyelines and quite a traditional approach to coverage compared to the rest of the film. We had to have a second camera operator and occasional splinter unit to make it possible. For a long walk-and-talk section, I was concerned about the camera operators walking backwards handheld for about 120m so we sourced an electric vehicle which supported both camera ops and the director. It was a good thing because it ended up being quite rainy those nights and muddy underfoot. To light such a large space, we didn’t have the capacity to use large sources on cranes so we had a lot of help from the art department to light the set using festoon lights and other pracs. My gaffer supplemented these with a couple of traveling fill lights on either side of the camera vehicle. It was a busy few days!

Akbarzadeh: The look on this film was relatively baked in. Knowing that we wouldn’t have a luxurious grading schedule, colorist Edel Rafferty and I created a LUT in pre-production which allowed me to be very specific on set about my lighting choices. We wanted it to feel a bit like celluloid without relying on film grain in the DI. Shooting the Alexa at 1600 ISO gives the image a filmic quality not only in the embedded noise structure but in the tonal curve which favors information in the highlights rather than the shadows.