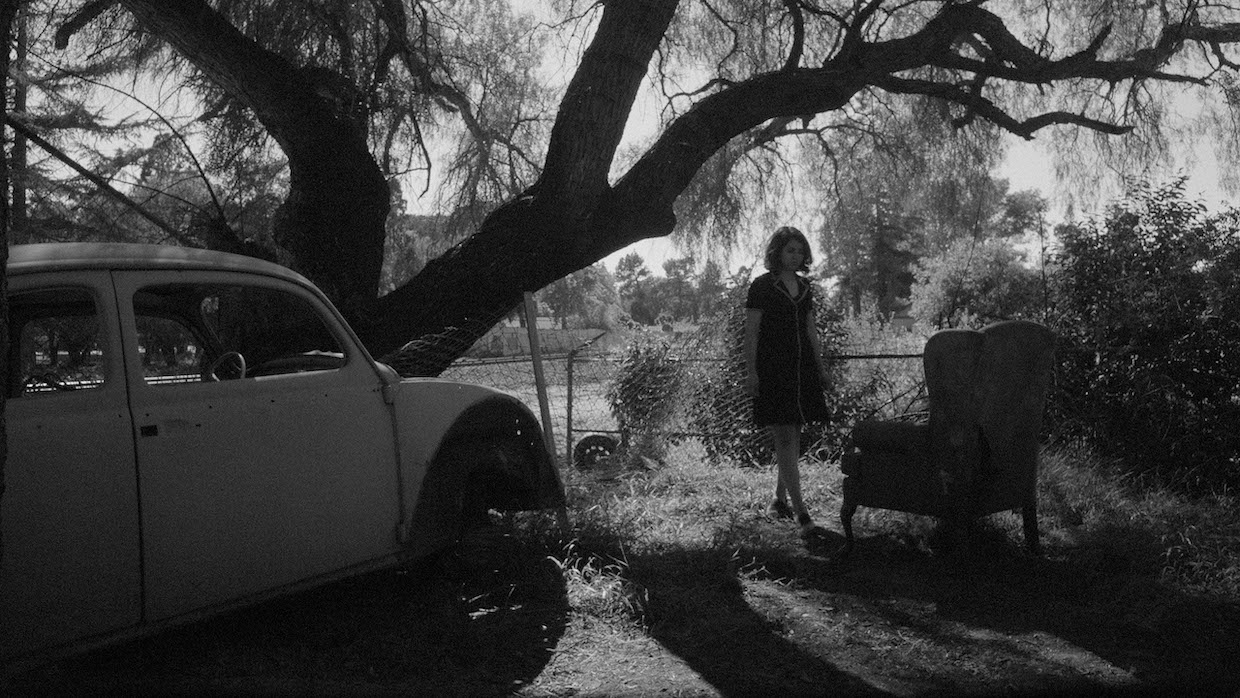 After three full features and one walk-out on my first full IRL day of Sundance 2023, I closed with the day’s best, Babak Jalali’s Fremont. Donya (Anaita Wali Zada, a debuting nonprofessional Afghan refugee playing one) lives in the titular city but commutes to San Francisco to work at a fortune cookie factory. She can’t sleep at nights and, after eight months of unsuccessfully trying to get a psychiatrist appointment, finagles a slot with Dr. Anthony (Gregg Turkington). Their one-on-ones are representative of the film as a whole; even on the semi-populated factory floor, Fremont largely unfolds as a series of conversations between two people. A former translator, Donya’s days are a not-unpleasingly-repetitive series of mutually bemused interactions with Dr. Anthony, coworker Joanna (Hilda Schmelling, also a first-time performer), select fellow Afghani residents of her apartment complex and an elderly Afghan waiter at a restaurant where she seems to be the sole diner. The server’s always watching a melodramatic series she doesn’t want to pay attention to, and eventually her disinterest infects him. One day she arrives and the TV’s off. What happened, she asked? “I can’t tell if this series is interesting or if my own life is uninteresting.” From his lips to bingewatchers’ ears!

20 years ago, movies like this—droll post-Jarmusch/Kaurismäki exercises in missed connections and tentative bonds, often between the dispossessed of different cultures—were thick on the ground, and I generally enjoyed all of them. Fremont‘s variation is that its performances are low-key naturalistic rather than hollowed-out deadpan, and it gains a lot from the specificity of its characters and their unglamorous milieus; it’s not like this part of California is overrepresented onscreen. The tone is well-judged—jokes are melancholy and droll rather than merely cute, framing is purposefully used for emphasis and comic timing and there’s no sleeve-tugging score or third-act bathos. There are plenty of examples of how to overemphasize being understated or triple-underline an “unresolved but hopeful” ending, but Fremont avoids those traps too. Digital black-and-white generally looks terrible for whatever reason, but Jalali and DP Laura Valladoo’s rendition is excellent; at certain moments, as when enormous expressionist shadows appear on the walls of an apartment complex’s stairwell from descending residents, it’s clear that the palette is being used for reasons much more specific than the usual excuses of either a period setting or unsuccessfully trying to look “timeless.” In short, I laughed a lot and have no significant complaints, even if the film is at the “well done, better than usual” level rather than the successive, hard-to-reach tier of mastery. It is, nonetheless, odd to see this specific-variation-on-a-familiar-mode slotted in Sundance’s NEXT category which, by the fest’s own definition, is for “pure, bold works distinguished by an innovative, forward-thinking approach to storytelling […] the films in this section will shape a greater new wave in American cinema.”

For that, I turned to the New Frontier section of Sundance, which this year consists of three experimental features. I started with Fox Maxy’s Gush, the first feature by the Native American filmmaker whose shorts have, over the last few years, become a regular staple of experimental programs at, most prominently, TIFF and NYFF. These started coming out during the pandemic and are, as Maxy described to me last year, assembled from personal archives documenting “a decade’s worth of footage of fucking around.” Chaotic in the very online sense, the shorts offer rapid-fire edits of disparate images and situations, soundtracked by an eminently Shazam-able melange of (mostly) uptempo music suitable for partying that’s cut together faster than Girl Talk would ever dare, with subjects’ voices regularly pitch-shifted up and down and .gif-y computer graphics (here including a skeleton throwing punches at no one in particular) periodically overlaid. The first time I saw Maxy’s work, I knew I was looking at something that was definitely meaningfully new, made by someone younger and way more online than me, but I didn’t know what to make of it or if it was even possible to evaluate qualitatively. Since then, her shorts have come to be a good-energy highlight of the comparatively staid programs they’re part of, a function her feature similarly serves relative to the bulk of Sundance’s lineup.

On her site, Maxy’s output is divided into three categories: “Horror,” “Music Videos” and “Docs,” that first being the unexpected label for her experimental documentary work. Perhaps “Horror” derives from the condition of being Native in the US: protests at Standing Rock and elsewhere have been regular elements in shorts like F1ghting Looks Different 2 Me Now. Those are not explicitly present in Gush, an omission that may be a manifestation of the interest in self-care and mental self-preservation that also ebbs through Maxy’s corpus (here represented by excerpts from an interview on those topics between Tyra Banks and Naomi Campbell). Otherwise, we’re back in an enjoyably and by now familiarly chaotic place: within the first five minutes, there’s both horizontal and vertical split-screen, and Maxy continues to cut something like every three to max ten seconds.

Recurring throughlines include a conversation in a car between two young girls (one says she’s about to turn 20 and I died a little bit) doing their makeup while talking what is most accurately described as “mad shit.” If Maxy’s work is a kind of quasi-public-diary-for-self, this represents the subtweet strand, as the two (shot, somehow, from four different angles, including overhead from the sunroof) roast an unnamed 50-year-old with wife and kids who’s been hitting on one of them: “He acts like a good man who’s trying to change his community.” Another consistent feature is an interview with a friend who similarly roasts the male-dominated entertainment industry while glowing herself up: “I don’t know what it is, but you’re either hot or crusty in this world.” There is repeated freaky CG imagery of red and blue internal organs—disembodied and floating in the black computer background void, eventually clarified as coming from a mixed-media stage performance—and a German shepherd, seemingly Maxy’s own, that makes multiple welcome cameos. Sometimes there is text onscreen, in such an incredibly tiny font size as to almost certainly be illegible on a laptop or large TV: even if this is very online work, it’s definitely scaled for the big screen. I still don’t really know what to make of The Fox Maxy Experience, but I found another dose of it invigorating and get that legibility is definitely and rightfully viewers’ problem; as the pro-hotness interview subject says, “If you can’t digest it, that’s not my problem. That’s what’s being served.” Perhaps Maxy’s the Jonas Mekas of not giving a shit.