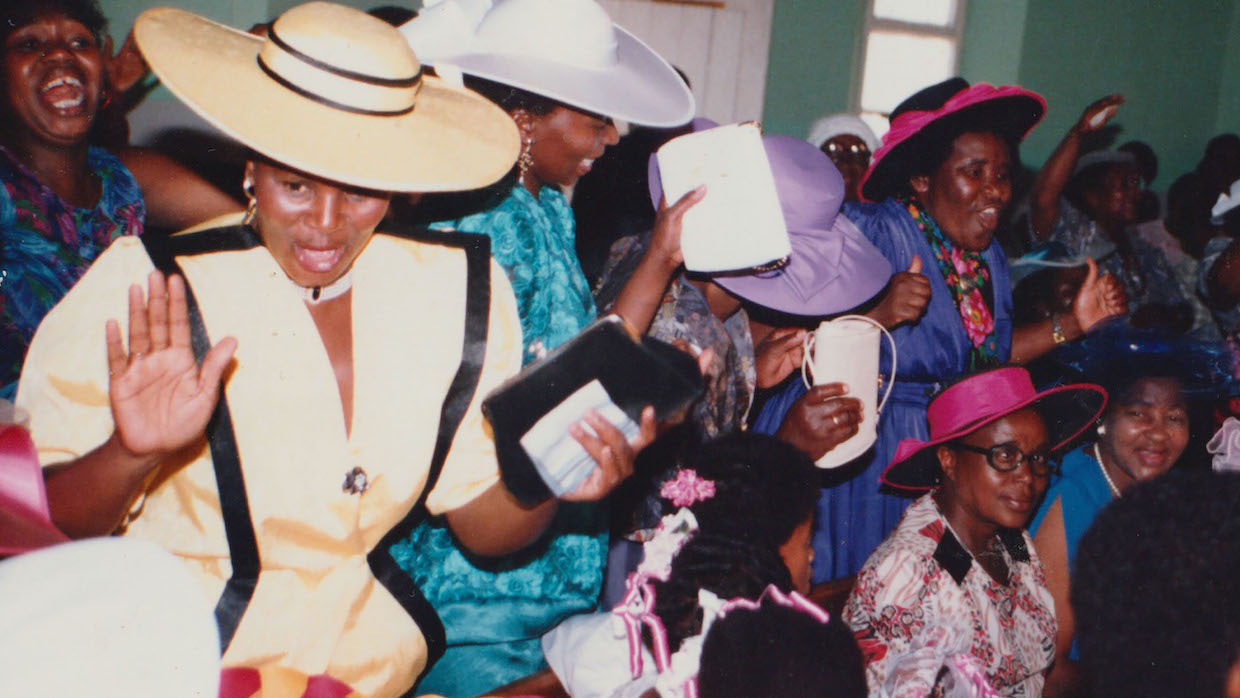 Our film has a lot of rare, never-before-seen propaganda footage of apartheid that we were given, kind of in secret, by people who had access to it and wanted to share it with “the right people.” The footage itself was emotionally very challenging, as this was hours of footage of the planning and execution of apartheid by its masterminds. What was meant to be a light skim through the material turned into two years of deep review, due to the psychological pain it caused to watch it, and see all the effort put into the downfall of people of color—but also having to watch the masterminds being “normal” people with their families, going to church, attending weddings, kissing their grandchildren. It was like being handed the Nazis’ home videos and being forced to see those people being ordinary, loving humans—which of course in reality, to their loved ones, they were.

We ultimately had to surrender to the material and listen to what it wanted to say. In many ways, with this film, I said I wanted to face history so that I could understand it, and this was the definition of facing history. We soldiered through it and the material eventually transformed our approach to the film, and our approach to understanding what apartheid really was—not only from the perspectives of its victims, but to its own self and why it lasted so long as a system, and also why it remains in how we understand ourselves as South Africans.

The next challenge of this process was when it came time to license the footage we selected, we had to approach, in one case, the children of the proverbial propagandists to ask for their permission to use the material. We decided to take the risk of being honest about who we were, what film we were making, and in some cases, sharing the ways we had used the material to said copyright holders, even though this risked losing the archive. The lesson we learned through this was trusting the film and our intentions for making it. Of course I could write about the classic curveballs we encountered (of which there were many including rolling electricity cuts of up to eight hours a day, COVID, etc.), but truthfully, the thing that sent me to therapy twice week in the last year was facing this material as a Black African. It really made me and my whole team understand the power of cinema and its material implications on how we construct and conduct life.