Cold Weather and Everything You Wanted to Know About Genre 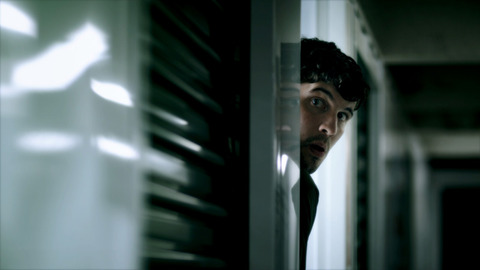 by Zachary Wigon
in Filmmaking, Post-Production
on Feb 2, 2011

Honestly, what the hell is up with genre these days? It’s a tricky thing to get a handle on, but we all have an idea of what’s happening in the independent film world: as production financing has dried up in a world where cinema is, simply put, not generating as much revenue as it used to, independent filmmakers who might be more at home making “art” flicks have decided to mix their interests with more familiar genre narratives. Catfish, which generated more intellectual-thought-content-per-minute than any other 2010 release, was sold as (and contained elements of) a Blair Witch-esque thriller, set in internet-ville. Tiny Furniture and Breaking Upwards, the two other tiny indie sensations of the year that proved dreams still can come true, thrived in a territory staked out halfway between perceptive, quiet character study and Hollywood rom-com. 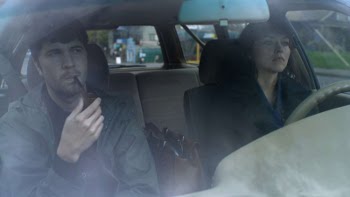 Now, as we enter 2011, we get what is perhaps the most cinematically interesting entry into this new genre, which we might call “genre-mashing.” It’s Cold Weather, the coming-out party for two-time mumblecorps member Aaron Katz, whose first two features, Dance Party USA and Quiet City, begin to feel somewhat like a preamble to a career when viewed in context of the mastery of his latest feature. Cold Weather is part minimalist character study and part woman-in-trouble mystery, but in the end it becomes clear that the film has been using one genre to reveal the effectiveness — or lack thereof — of the other. Genre films, Cold Weather suggests, may work best when they are only barely recognizable entries in those genres.

Back in 2002, Jonathan Franzen wrote a great essay called “Mr. Difficult,” which hinged on a portrait of the late William Gaddis. Gaddis, whose five novels over a 43-year span include The Recognitions, a major influence on Franzen’s The Corrections, was a main practitioner of what Franzen terms Status writing. Status writing — perhaps best exemplified by Joyce’s unreadable masterpiece (or “masterpiece”) Finnegans Wake — is literature wherein the author feels no obligation to communicate anything to the reader; the work is being made by the author, for the author, and his is a battle against the constraints of the form, nothing else, to create the greatest work he can possible create. The work answers to no one — it does not need to justify its existence. “Art” cinema would fall under the Status heading.

Against Status literature, Franzen poses the idea of Contract literature — novels written by guys like Tom Clancy or Michael Crichton. Contract literature offers, well, a contract to the reader — you pick up this book, and it will deliver a certain experience. How good the book is can be judged by how thoroughly that experience is delivered. In the essay, Franzen goes on to complicate the Status/Contract divide, explaining that first of all, some seemingly “Status” writers (like Dickens) may be “Contract” writers for others, and is it really so absurd to try to deliver something specific to readers while at the same time pushing the medium forward in the search of great art? (Freedom, incidentally, seems to be the answer.)

Genre films, of course, are Contract films. We go into a thriller, or a rom-com, or a noir with extremely specific understandings and expectations of what will (and implicitly, will not) occur. But what this critic had never considered — until he saw Cold Weather — was that those very Contract-based expectations might serve to blunt the force of the work itself.

Think about, for a moment, the realm of possibilities. Whenever one goes into a movie theater, the screen black, the lights dimming, anything is possible. The images you are about to see have the potential to transfer you to just about anywhere. Then, rapidly, a succession of things occurs: we see our first images. Even in the first frame of the film, a barrage of information (format, aspect ratio, image quality) is delivered. As the film begins to play, we learn more basics — where it is set, how the camera does or does not move, what milieu the characters inhabit, and so on. Eventually we move to narrative, style, and by the time all of these items have been codified, we can begin to gather a decent sense of what the parameters of the world we are being shown are. For example, if 15 minutes into Funny Ha Ha a gorgeous 35mm dolly shot revealed that we were now in Syria, where one of our young Bostonians had supposedly traveled, there would be so many things “wrong” with the moment that one would have to make sure the DVD wasn’t screwed up in some way.

These parameters are imposed by our expectations, and they fall into place when we watch any film. However, they are most strongly imposed when we are watching a genre film; in addition to the basics of location, visual approach, performance style, etc., a genre film comfortably falls into a rhythm alongside plenty of other films we have all seen before. It’s how seasoned horror movie veterans know when the scary music will really lead to the killer jumping at us, and when it’ll just be a fake-out. There is something absolutely comforting about this sensation of familiarity, like how Matisse said that looking at a painting should be like lying back in a comfortable chair. But ultimately, familiarity breeds anesthetization (if not contempt), and if you watch a lot of genre films it’s very easy to no longer feel the thrills, the excitement, that comes with the trappings of the once tried-and-true narrative formula. After a while, redundancy sets in, which is why it’s much harder to make a great film noir today than it was in the 1940s –which is one reason why, by extension, genres come and go. 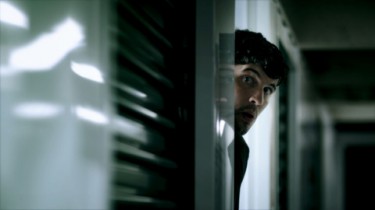 There are certainly parameters to Cold Weather, but my God, they are a hell of a lot wider than the parameters for any other film I’ve seen in quite some time. It’s almost criminal to let people know that it’s a mystery (“mystery,” perhaps?), because for the unaware, the plot developments that pop up to open the second act must be utterly shocking. After spending the first act getting to know two characters, a brother and a sister recently moved to Portland, in a gentle, subtle, quiet fashion, Cold Weather turns into an absolutely thrilling mystery movie. For someone who didn’t know that it was a mystery film, this shift from character study to mystery would be a parameter-breaking move whose audaciousness would be more shocking and thrilling than any generic mystery-movie narrative development could ever be.

However, the fact that Cold Weather shifts so unexpectedly (yet with ease) from one genre to a different, distant other is only one part of the film’s magic. To one degree, yes, Cold Weather’s narrative takes it from a quiet, almost plotless film to a mystery; but the tone of the storytelling, the performances, and the aesthetics barely change at all. Katz sets up a quiet, contemplative aesthetic framework in the first act that carries him through the entire mystery-movie narrative; rather than changing up his delivery, he’s able to make a mystery on his own terms. The resonance of this is anchored in moments: in the midst of a stakeout, one character offers another some Swedish Fish — but the other declines, because “they get stuck in my teeth”; after narrowly avoiding a menacing figure in a fast getaway via car, one character asks another if she’d like to listen to some music, and then proceeds to root through a few mixtapes lying around dashboard. Most genre films forget that their characters are characters; by emphasizing the peculiar individualities and observing the specific details that make people people, Katz is able to break through the formulaic sheen of genre mysteries and point out that people involved in a mystery are, regardless, still people like anyone else. This heightened characterization in the midst of a mystery engenders a greater concern for the characters’ well being than we might have for a fearless detective or hard-nosed cop — the characters in Cold Weather are just like us, and so we are aware of how vulnerable they are to the threats posed by malicious forces. When one character in the film reveals that he is now carrying a switchblade, for protection, the audience’s instinct is to laugh at the absurdity.

Katz’s decision to stick to his original tone throughout the mystery section has another payoff: the very un-genre mystery storytelling creates more suspense than your average conventional mystery would. This is because, again, of expectation. Katz continues to play with the film’s parameters even after the initial transition from “character study” to “mystery” is made; while this essay may be making it sound like a clean transition, it’s not, for, as mentioned above, the rest of the film still has plenty of “character study”-esque moments. The pacing is not a rhythm we’ve felt before, so we can’t be one steap ahead of Katz’s narrative beats, as we would be in a typical mystery; this creates a foreign-ness to the storytelling, providing the viewer with the sense that they are in familiar, yet unmapped, terrain. By varying the narrative in this fashion, Katz keeps the audience on its toes — it’s impossible to guess where the movie will veer next. The plot packs an excitement and fascination not present in how a typical mystery narrative unfurls, where the audience has a pretty good sense of what happens next – they’ve been to this rodeo before. Cold Weather contains no such genre predictability.

The takeaway here — genre films can, perhaps, work better when their storytelling modes are complicated, somewhat un-genre-ifying them — is a complicated one. Genre mashing is not necessarily a priori a good thing, and one can think of plenty of mash-ups one wouldn’t like to see onscreen. But Cold Weather provides something of a blueprint for how, with the right approach, filmmakers can breathe new life into tired genres without compromising their more original artistic goals. That, in fact, may be the most important observation of Katz’s aesthetic in Cold Weather — he does not compromise how he views the world for the sake of his story. Cold Weather is neither a mumblecore film told with a mystery hook nor a mystery movie with a mumblecore delivery; rather, it’s a natural blend of genre and individual voice, formula and originality, which works together to create something entirely fresh — which, of course, is how storytelling modes always progress: perhaps in 40 years we’ll be bemoaning the state of the redundant, Katzian pseudo-genre narrative.