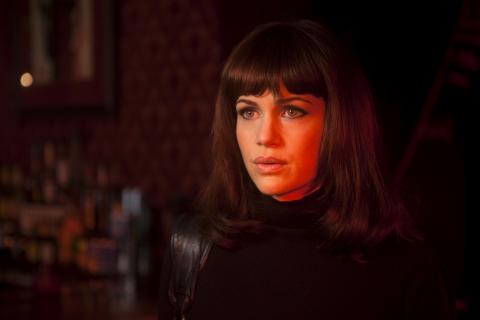 by Mary Anderson Casavant
in SXSW, SXSW Features
on Mar 9, 2011 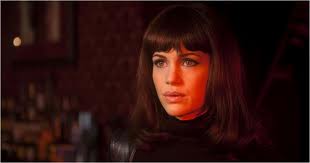 Over the years film lovers have accused everything from sound to television of destroying the cinematic altar at which they worship. But rather than wallow in nostalgia for a time before this newfangled digital world, director Sebastian Gutierrez decided to take this streaming media thing out for a whirl to see what she could do. He developed his latest feature, Girl Walks Into a Bar, exclusively for web distribution. Sponsored by Lexus, it will be available in the YouTube Screening Room on the same day as its SXSW premiere. The best part of the whole free-on-the-internet thing? Well for Gutierrez, it’s that no one, including his friends and a certain journalist, have a decent excuse for not watching his movie come March 11th.

Filmmaker: How did you come up with the idea for this project?

Gutierrez: I was finishing another movie called Elektra Luxx. We were filming during the daytime, and I walked into this bar. I just thought wow, this bar would be a really great location because it is closed during the day. I started thinking about how every bar was different and how you could do an Atlmanesque movie like Short Cuts about all these different bars… At the same time, I sat down with these guys [and discussed] whether it was possible to make a movie for the internet. I thought yes, we could have a ten-act structure and be able to have the commercial breaks, which is what the internet seems to require.

Filmmaker: Films set in Los Angeles with an ensemble cast are practically a genre onto themselves. You already mentioned Short Cuts. Are there any others that inspired this project?

Gutierrez: Altman is only a structural reference to the ensemble nature of the story. The tone is more similar to Elmore Leonard. When you’re making a movie for very little money, character and dialogue become the main means to making that movie. It was basically like writing a play, writing ten-page scenes that can move the story. If actors were only available for a day or two, they could only be in one episode, so the challenge became, can you make a really compelling character in one scene? The artifice of the thing being in ten different bars lends itself to many different stories and the [different] types of characters who hang out in bars. At a certain point, it became about avoiding certain clichés and doing something different.

Filmmaker: How did you tailor the script, knowing its eventual home would be on the Internet?

Gutierrez: When I was approached with the idea of making a low-budget movie for the Internet, it sounded like a good enough challenge. I thought it would work — there are movies with ten-act structures that weren’t made for the internet, such as La Dolce Vita. It’s mostly played very real. Sly comedy that makes you smile and has a lot of details to it. That was a very deliberate thing, knowing that we’re going to make something for the Internet. I’m not interested in pointing the camera at someone and having them make jokes, which is a lot of what’s on YouTube. I wanted to make a proper movie.

Filmmaker: Several of the actors on this project are actors you’ve worked with on different projects. Are you consciously building a stable of actors?

Gutierrez: Most of the directors I really admire develop actor companies. It’s a function of working and meeting these people who do amazing work for you. Then, when you’re thinking of casting, you know they can do it. I love the concept of having an extended family of actor companies. Making a movie for me should be a very focused, very professional game where you need people around you who have your back and are making it fun.

Filmmaker: Talk about shooting on the Canon 7D.

Gutierrez: I’m a total film person, but by necessity, the last couple of movies have been shot on hi-def. It was so cool with the 7-D that you could throw the focus off and have it feel like a film. They were extremely affordable, and they look great. There were funny things about pushing such a small camera on a dolly. The actors would see it coming, and they would laugh. If Canon is reading this, I’d love to shoot more movies on it if they have one lying around.

Filmmaker: SXSW is both the theatrical and web premiere of the film. Does going into the festival knowing where it ends up change how you approach the festival itself?

Gutierrez: I love Austin and SXSW. I’ve been there three years in a row, and the other two did not have distribution going into it, but at the risk of sounding in complete denial, I have to say that I wasn’t nervous about that in years past. I was just nervous about showing the film in public. I have some concerns about this one because I’ve never seen it with an audience.

Filmmaker: Do you think Girl Walks Into a Bar is just the first of a number of films that will be produced solely for the internet?

Gutierrez: Some people have asked why a movie for the internet, and all I could think was why not. We’ll see what happens — no one knows whether it’s going to make money, but we hope it will.