Zeina Durra and Elodie Bouchez on The Imperialists Are Still Alive! 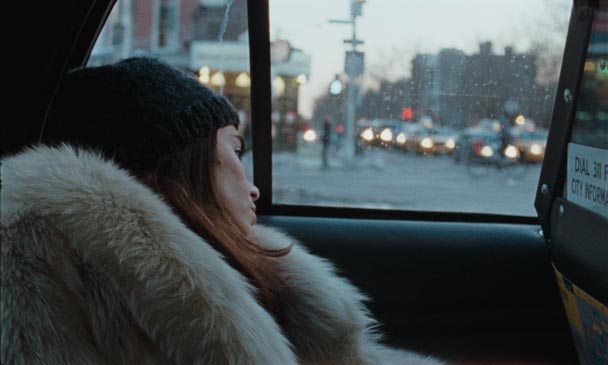 In the opening scene of Zeina Durra’s debut, The Imperialists Are Still Alive!, Asya, a young artist, poses naked for the camera. A hijab on her head, a machine gun in hand, she explains to an off-screen assistant her rationale for why the religious freedom fighter she’s portraying might have waxed her pubic hair.  It’s a scene that is as funny as it is politically loaded, much like the movie that follows. 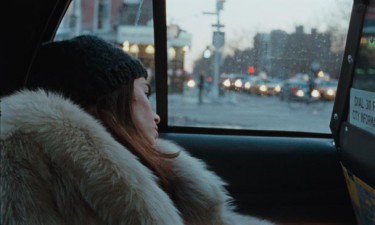 Although its milieu — the young, privileged and the artistic — is the stuff coming-of-age movies are made of, The Imperialists Are Still Alive! is more than just another indie tale of an artist struggling to find her voice. Durra’s Asya already has a voice, thank you very much, and lucky for us, it’s a little angry, a little wry and a lot political. The Imperialists Are Still Alive is an unabashedly assured debut from a first-time filmmaker unafraid to throw a punch.

The Imperialists Are Still Alive! opens this Friday at the IFC center. I spoke with Durra and her leading lady Elodie Bouchez last week.

Filmmaker: Can you talk about the opening image? It’s very strong, and I wondered in what point at your writing process you decided it would be your opening?

Durra: I’ve always had that image on my mind just in general. That’s what happens when you are an artist or a filmmaker, you have images that are just in your head. I was writing it and I would meet people who would be like, “I don’t understand this character…. ” What we had to do was find a way to introduce her where you would get the whole ’60s thing, the Arab nationalism. You had to get also that she’s an artist. You have to take those strong measures when you are doing something other people don’t really know much about.  You just have to trust yourself and go for it, so I went for it.

Filmmaker: The main character’s biography shares a lot with yours. Is there a point when you’re writing autobiographically where you draw a distinction between yourself and your character?

Durra: I think it’s really important that you are not self-indulgent when you write…It’s really autobiographical in terms of the themes of the film, and I wanted to deal with certain themes, but those themes, many people can relate to them. I think when autobiography is good, it just becomes it’s own thing. It’s hard to get to that point because you have to understand that it takes hard work to get good stuff out there. When you write something inspired by your own life, it has to be really honest.

Filmmaker: Elodie, since you were playing a character somewhat inspired by Zeina, how much did you draw from her for inspiration?

Bouchez: It’s been very inspiring to have her next to me, working toward the same direction in the very dynamic, very fun, cool and professional way. So it’s like everything was around me to be able to enjoy the process of building this character. Of course I was inspired by Zeina and her dynamic, but at the same time, we were both inspired by this character, which is her and not one her at the same time.

Filmmaker: At what point in the writing process did you cast?

Durra: Elodie was the first actress I showed it to, and she got it, which was really nice because it was a difficult script to get. We did a lot of rehearsals… The way I like to work is that I like to sit with the actors and if something is jarring, we work out why, and I might rewrite it. We did improvisation when practicing the dynamics between characters. When everyone was trying to get to know each other, sometimes we would let fun stuff happen and they would know who they were in terms of characters.

Filmmaker: I actually wanted to ask you about the structure because although the plotting isn’t typical, it does seem very intentional.

Durra: I basically have something that I really want to talk about, and I write it down. There are lots of words with arrows coming off of them and then sometimes my brain runs away, and I write those scenes. Then I sit there and work out how is this important to what I want to say and how do I bring this in…I’m really interested in rendition and how that affected the fears of living here, so I am going to have a guy that happens to, and then I think about how as a woman, people are always saying ridiculous things to you, especially cab drivers if you’re a Middle Eastern woman. Things like that, I put them all down, and I think, okay, this is too top heavy on the rendition part, so what I’m going to do is I’m going to maybe put the cab driver bit in here to give a bit more texture because it’s about New York and the texture of the city. So, it’s literally very woven.

Filmmaker: So you inject the theme into the plot.

Durra: The theme is first. The themes are all there. That’s how I work. There are all these themes that are there, and I try to weave them into some sort of vague plot.

Filmmaker: Let’s talk about the street encounters your character has. Were those based on experiences you had? Did you cast anyone from an encounter?

Durra: Some were cast because there is a woman in a scene that I have seen forever at parties in New York. She’s ninety years old, and I thought, I have to have her in my film. Then you have other people that all came from a kernel of an incident that I then made into something else that I then made into something else. But it’s definitely all from observing New York for so long and loving that about the city.

Filmmaker: For a film about New York, there are a lot of scenes in cars. I think of the classic New York indie film trope as being about walking.

Durra: I’m clearly very bad and take a lot of cabs. Besides, who can film on the subway? You can’t film on the subway. There is walking here and there. The limousine scene where she’s talking to the guy who went missing’s grandmother happened because we couldn’t get an uptown apartment, so I thought okay, I’m just going to put them downstairs in a limo and they’re so freaked out that they want to be mobile.

Elodie: It’s good you couldn’t get that place because you got something that was very funny.

Durra: It was a joke born out of a location crisis.

Filmmaker: Some of the party-making scenes capture that point in the night were going out starts to feel really listless. This may be injecting my own feelings —

Durra: I think in part injection and in part truth. I do love going out, and I do have moments, especially on the scene, where I’m like really, is it really just about having your hair half over one eye? I do get these really jaded moments.

Bouchez: You have to remember there’s also this big thing going on in her head —

Durra: About her friend —

Bouchez: She’s following the flow and jumping from the cab to going to the bar and then to an opening but still always thinking about this thing about her friend, so I guess that’s the only —

Durra: It’s not boredom. It’s dislocation from the moment.

Filmmaker: You already said you write from themes, but there aren’t a lot of those big speech scenes, so common to political films.

Durra: I tell you why those films have those scenes. It’s because the writer is very angry. Anger ruins a movie if not tamed…. I had to be very careful not to push too much in certain areas because then it doesn’t work as a piece that will play in people’s minds. What I needed to do is show people what’s going on from my perspective without making them feel like I was forcing anything on them because I want them to enjoy and experience this girl’s life. If I’m watching a movie, and someone is banging on with a speech, I get bored. That’s not cinema. Cinema is about experience and having scenes play out in your head after the film is over.

Filmmaker: Was there an angrier version of your script?

Durra: Well, it’s really quite personal but anyway — I used to have these quite disturbed flashbacks in New York after 9/11 and the Iraq war where I would just sometimes see or have nightmares of dead bodies or debris from explosions. My fear for 9/11 wasn’t about what was going to happen to this country but more about what this country was going to do to everyone else. I went down and helped the firemen, and it was clearly traumatic for the city to have so many people die in one day, but you knew as a result that millions would die as a result of this incident, and that was quite traumatizing for me. There were moments in very early drafts where I would try to discuss these very gruesome moments but then I just took them out because it just wasn’t working. It was quite heavy.

Filmmaker: I noticed Whit Stillman making a cameo in one of the party scenes. How did you get him agree to be in the film, and do you consider him an influence?

Durra: He is friends with my producer, and we needed a Eurostyle, WASP banker type. She goes, “Whit would do it, and he’d have a laugh.” He came in, and he was amazing. His films were not an influence on me in the sense that I wanted to make the same kind of films, but it’s always nice when you see someone doing something really strong and really original in the same way where they’re just allowing things to play out. Our approach is very similar and he inspired me in that way. I was honored that he was in the film. I admire his work and think he’s brilliant.

Durra: He’s amazing. I said, “Just dance around,” and he just went for it. He should be an actor.