Una Noche at the Berlinale 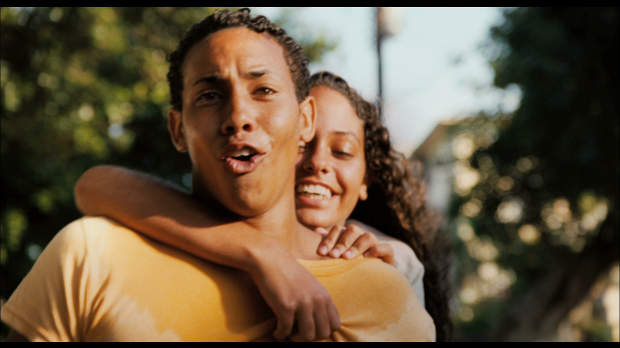 Two weeks ago I was on the phone to a lab in Canada, who were holding our film, telling them that 6 lab rolls of Una Noche were missing. The movie was supposed to premiere in Berlin in a matter of days. I proceeded to go through every frame of footage in the NYC lab double-checking to see if the shots were there. They were not. I did not tell anybody. I did not want to believe it myself. When the colorist, Martin, told me that we might have to use black slates with “missing shot” written on them, my breathing spontaneously accelerated and I felt my blood rush to my head. The Berlinale was starting in a couple of days. I did not have the movie, never mind my flight to get me there. I put another call in, this time to the head of the film lab in Canada. The reels were suddenly found in a storage box and rushed down to NYC. 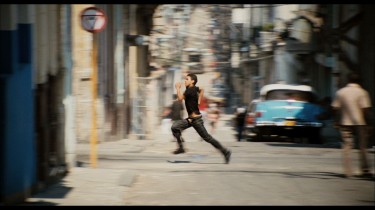 I did not sleep for days. We did the credits, the color correct, laid the sound to image, and all the subtitles. It really hit home how shooting on 35mm means you have to start from scratch with the digital intermediate. Two hours before my flight I was handed the completed movie. At this point, I could barely keep my eyes open as I rushed to the airport. I don’t remember the flight. I was so exhausted and relieved I just passed out on the plane. Freddie from the festival picked me up from the airport with a really warm welcome and we rushed straight to drop off the film at the screening department. That felt good.

I met the people who had been organizing the Generation section and who selected Una Noche. I am so thankful. Ela Beume fought to get the actors’ visas. We were, at this stage, eighty percent sure the actors would be coming from Havana. There was still one permit missing for them to leave the country. We didn’t know whether they made it onto a flight until they were in transit in Spain the next day. We picked them up from the airport the night before our premiere. It was pretty surreal. I had always been the one arriving in Havana and they were waiting in the heat to meet me. I remember telling them that maybe one day, if we were lucky, we might possibly, potentially get invited to go to screen at a festival. It was amazing to realize that this was coming true and that they were about to land in Berlin – their first time out of Cuba. They stepped out tired, freezing and smiling. They were so excited that they hadn’t slept at all. They were most struck by the cold. Coming straight from Havana, they had never seen the snow before. Anailin and Javier were taking pictures of everything and Dariel was staring out of the car window mesmerized. We had been waiting for this for such a long time. It was beautiful to see them so happy. We went straight to the Generation office, and Maryanne Redpath and her team greeted them with gifts. Then they were taken to their suites at the Hilton Hotel, a world away from normal life. They were so excited; in the middle of the night they just wanted to walk around the streets and take it all in.

I was up all night sick. I think it might have been nerves. I had heard that the audiences could be really harsh inBerlin. By the morning I had not managed to get any rest at all despite being more desperate than ever to sleep. I had an interview and then we had to meet with the Cuban Cultural Ambassador in Berlin, who was really charming and interested in the story and the actors. We then went to an extravagant lunch where Mr. Dolby was honored with a Silver Camera. Dariel and Javier kept saying “Oh my God, it’s Neo”, because Keanu Reeves was at the table next to them. 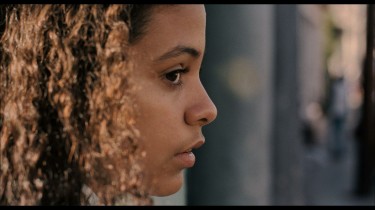 That evening we started getting ready for the premiere. Jennifer and Yunior ran out and bought the whole of Berlin in clothes for the actors. They looked sharp. The only thing that Anailin had asked for in an SOS message from Havana was a golden dress, which Sam Martin, our EP, selected perfectly. We heard that the premiere was sold out to 1,200 people. By this stage I was in a state of extreme exhaustion, which somehow cancelled out my nerves. I was so happy to be surrounded by the people I care about who all worked so hard over the years to make Una Noche happen. Cindy Lee the editor was there with her family; Roland the sound designer was there with his family; Aris Mejias, the narrator; Yinka Graves, art director; Laura Huston, production designer; Trevor Forrest and Shlomo Godder, the DPs; Sandy Perez, Yunior Santiago and Maite Artieda, the producers; friends from London, Spain and NYC; and my parents were there, too. It was a dream come true to see the actors and everyone from different stages of the movie getting to meet and share in the excitement.
We ran down the red carpet. The crowd lining up was huge. We went in and the lights went down. The cinema was full to capacity and the film rolled. I had not seen or heard it in a cinema yet. This was the first time the crew saw it too. The audience got it. They laughed and responded. It was incredible to feel the movie through other people at last. I physically felt my body melt and relax. Everyone was on a high. The Q&A was great. The whole crew came up onto the stage to applause. After six years of making Una Noche, the response was overwhelming for all of us. Thank you Berlinale. 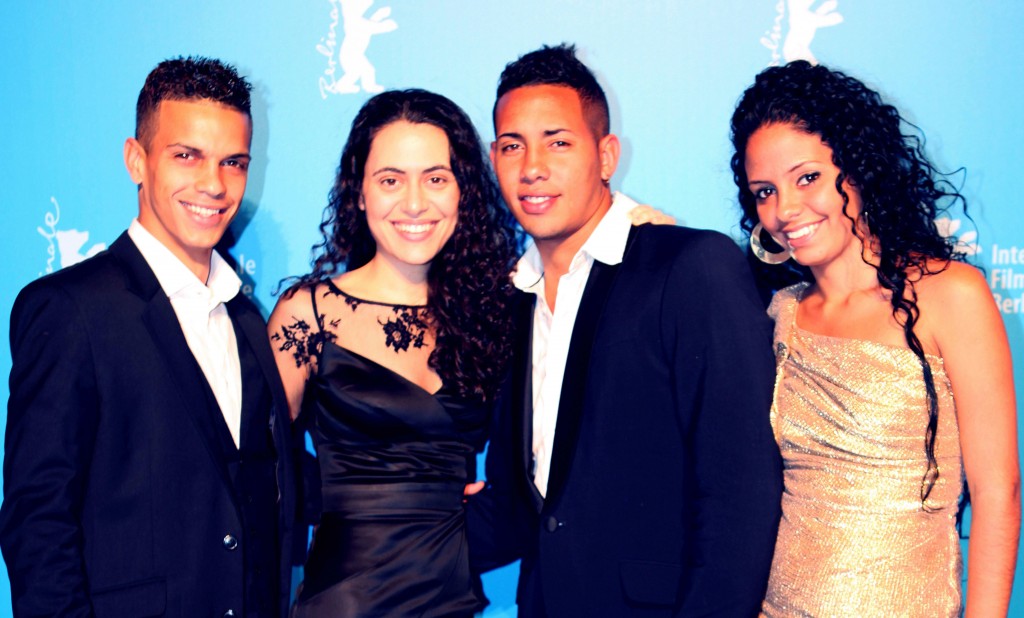