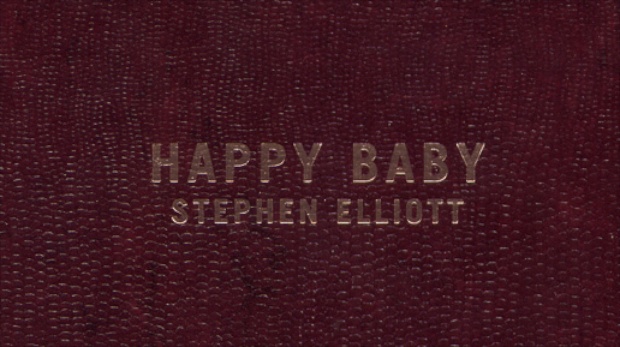 by Stephen Elliott
in Filmmaking, Financing
on Nov 8, 2012

Author Stephen Elliott (The Adderall Diaries) founded the culture website The Rumpus and recently directed his first feature, About Cherry. He’s launched a Kickstarter campaign for his second, Happy Baby, an adaptation of his 2004 autobiographical novel. The below is excerpted from Elliott’s Daily Rumpus newsletter, which, as a newsletter writer myself, I highly recommend. — SM

Someone asked yesterday why I was doing a Kickstarter for my movie. He said he would donate $5, he doesn’t have very much money (which is fine), but he wanted to know why I needed you (he said, “Why do you need us?”). Was it because I wanted the movie to be completely grassroots, or because I needed complete control? Or could I not get the bigshots to give me money and let me keep director’s cut, or whatever. He said he didn’t know much about making movies but wanted to know what was the deal. We’re interested, he said, especially us investors.

I thought about that and I thought it was complicated. It assumes both that I had a choice and that I’ve made a choice. In one world we could raise over half a million dollars and shoot the movie on 16mm film. In that situation if the Kickstarter money was $100,000 it would probably be enough to give us control over the fate of the movie. It would make the movie way better than it would have been otherwise. I would never make a movie where I didn’t have final cut. What would be the point?

A movie like this will likely take two years of my life and I most likely will not get paid for it at all. That’s totally consistent with everything else I have done. It takes two years to write a novel and I’ve never known in advance if I would be able to sell the novel when it was finished. It was at least a year-and-a-half of building The Rumpus before I ever made any money at all. And you might wonder how that is possible. Who is supporting me in the meantime? But I was living in a one-bedroom with two roommates into my mid-thirties (late thirties?) and now I pay a very reduced rent to live in an artist co-op. I don’t have a wife or children. I have a girlfriend, she has a husband. I tend to avoid situations where people rely on me. Though I did adopt Isaac. So that happened.

My first movie, About Cherry, was basically a success. Financially, at least, all the investors made money. And I made money too, though not until after they’re paid in full plus 20%. And it takes a while for the money to come through the pipes. Think of the Alaska pipelines, delivering oil thousands of miles. Now imagine if instead of oil it was toothpaste. First the domestic money comes in, goes to a collection house, which distributes to the investors. Then the foreign money. Then the domestic profits. Etc. The first checks haven’t been written, but it’s clear that all the investors will make significant coin.

Then people think, because my first movie made money (it actually broke records on Video On Demand), that it’s supposed to be easy to raise money for the second. But that’s not how it works. How does it work? you might ask. I don’t know. But it doesn’t work that way. That’s like, when you publish a book and you think now you can write for any magazine you want. Everything is supposed to get easy. It doesn’t get easy. And that’s a good thing.

So we try to figure out ways to do it outside the norm. Keep searching outside the box for keys to the universe. It would be great if a large investor came along (not large like fat, I mean, he or she could be as small as a spoon).

I was talking with my girlfriend the other day about this incredible run of luck I had starting at age thirteen and ending at age twenty-four. That includes a year sleeping on the streets and multiple suicide attempts and some difficult juvenile facilities. Yet, just about every day, beginning with when I ran away from home, and ending when I overdosed on heroin, things got better. Like, sleeping on the streets was better than sleeping in my father’s house. The mental hospital was better than the streets. The group home better than the mental hospital. The specialized foster home better than the group home. My friend’s basement better than the specialized foster home. Etc. Straight through college, into grad school, until my close friend rolled me onto my stomach in the upstairs of a house near the university in my rented room, and left me to die.

Wow, that sounds sad. That’s not what I meant! I meant, I had an incredible run of luck. Things just kept working out. It might not sound lucky but you have to understand the enormous potential for things to go wrong that didn’t. For instance, I got kicked out of a bad group home and picked up by a good a group home. That’s like being kicked out of a junior college and offered a full scholarship to Harvard! I made a deal to go to the normal high school. I quit drugs (admittedly, I started them again later, but those six years were productive). What I mean is, if every decision you make is a good decision for eleven years that will change how you look at the world, for the better. That’s why I do a lot of the things I do. Because for a while everything worked out so well.

Back to the movie making discussion. People think in terms of budgets. Like, they want to make a certain movie and that movie costs a certain amount. But you can also say, I have this much, so now I have to figure out how to do what I want within these limitations. Isn’t that what poetry is? Anyway, there’s no success without failure, and if you don’t try you’ll never fail, and if you don’t fail you’ll never succeed.

Smell what I’m stepping in?