Debating the Future of Hybrid Films at CPH:DOX 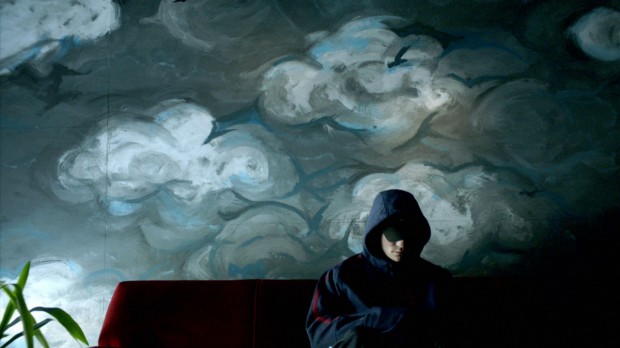 “Let’s start before we kill the term,” joked Jakob Hogel during the opening moments of “The Future of Hybrid Films,” a panel that took place last week at Copenhagen’s CPH:DOX. Preempting musty debate about the so-called hybrid genre, where various forms — usually documentary and fiction — are combined in single works, Hogel said, “We should be beyond the point of whether hybrid films exist, are dubious or morally wrong. They exist and who cares?”

Hogel’s dismissal of hybrid handwringing doesn’t mean that the issues posed by such films aren’t being debated in the film industry. It’s just these debates are more likely now to concern issues of funding, marketing and production rather than storytelling ethics or artistic viability. Indeed, the question of just how to promote the hybrid film took center stage as commissioning editors and funders discussed the hybrid films they’ve been involved with. Channel 4’s Tabitha Jackson discussing the marketing of three films she commissioned, the first was Clio Barnard’s The Arbor, an ambitious work in which actors lipsync to decades-old interview recordings about the playwright Andrea Dunbar and her eponymous play. Noting that it did “incredibly well critically and okay in theaters,” Jackson called it “the most extreme form of hybrid — it was hard to describe so it was hard to position.”?

Indeed, the difficulties in describing and promoting hybrid works to audiences was a theme that ran through the panelists’ comments. European television has long been a funding source for documentaries, but hybrid docs can pose challenges. Said Lucas Schmidt of ZDF, “Programmers say that people don’t want to be surprised when they turn on the TV. They want to know what they’re going to get.” Added Jackson, “I’m finding it harder to commission [hybrid] films for television than the cinema.”

When premiered in theaters, hybrid films do pose challenges but they also offer opportunities. Another film commissioned by Jackson was The Imposter (pictured), which grossed a little under $1 million in U.S. theaters. Jackson described the question prompted by the film’s U.S. advertising as, “Is it really a doc? People couldn’t decide.” When the film opened in the U.K., where it more than doubled its U.S. box office, the D-word was sidestepped; it was marketed much more as a straight ahead thriller. Similarly, Carol Morley’s Dreams of a Life, the story of a London woman whose death was undiscovered by her neighbors for three years, was marketed less as a doc in the U.K. and more as a human interest drama inspiring the thought, “That could be me.” The hybrid doc, which mixed dramatic reenactment with interview footage, even garnered a British Independent Film Awards Best Actress nomination for its lead, Zawe Ashton.

In addition to discussing the question of how to market hybrid works, the panelists discussed how to finance them. While hybrid films can be challenging to describe to audiences, the funders said that’s less of a problem for them when being pitched. Rather than a complicated rationale for the hybrid form, said Jackson, “You want to feel confident in the passion of the filmmaker. A lack of passion, not a lack of clarity, is what puts me off.”

Martin Schweighofer from the Austrian Film Institute, which funded Jem Cohen’s recent Museum Hours, said his agency “doesn’t distinguish between fiction and documentary. It’s only about how distinctive and how original” the fims are. Being a funder in “a small country” enables the Austrian Film Institute to embrace risk, he continued. “We don’t have industry pressure because the industry is not there. We have to look in the niches, the fringes.” Schmidt said ZDF also doesn’t distinguish between the forms at his board meetings. But for Thomas Robsahm at the Norwegian Film Institute, there are divisions, and the higher budgetary demands of most hybrid films has meant that he, a fiction consultant, has wound up considering these films. “Even though I love documentaries, as a fiction consultant I wasn’t even supposed to look at them,” he said. Robsahm spoke enthusiastically of the projects he’s now able to work on, including a hybrid doc/fiction film dealing with jealousy starring non-actors. “It won’t be marketed as a doc or a hybrid but as a film,” he said. “Part of the talk around it will be the director’s method, but it will be marketed as a film.” Still, while the panelists mostly welcomed the trend towards format-agnostic funding, Jackson worried that the obliteration of funding categories might badly impact more challenging work. “The danger is you wind up with a Darwinist survival-of-the-fittest if you get rid of the [funding] boxes.”

Overall, though, the panelists, discussing films ranging from The Ambassador to Le Quattro Volte to the films of Ulrich Seidl, remain enthusiastic about the hybrid genre’s potential. Schweighofer was particularly enthusiastic about one of his commissions, Visions of Reality, a film/art crossover dramatizing 13 paintings by Edward Hopper. Indeed, though, the question Hogel referenced at the start of the panel truly did not even come up. “I don’t question the [hybrid] form until it doesn’t work,” said Jackson. “[Hybrid films] are not just an intersection,” she explained. “The reason they work, when they work, is that the combination makes them stronger. It’s not just an intersection — it’s a different way of getting to the truth.”