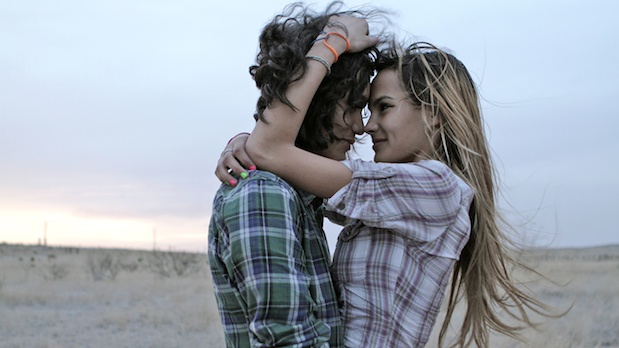 by Scott Macaulay
in Distribution, Filmmaking
on Nov 20, 2012

“This is the future and the future is now,” declares director Larry Clark on the website for his new film, the Rome Grand Prize-winning Marfa Girl. And when Clark says “now,” he means now — the film will stream today, at 6:00 PM Eastern time, for 24 hours, and that may be the only time you’ll ever get a chance to see it.

I will put the film on my first and only website, larryclark.com, which is the only place one will ever be able to see the film…. It will stream for $5.99 for access to the film for 24 hours…. This is the future and the future is now…. Most and very soon almost all the small theaters that show Indie and Art films will be gone….

Everyday another goes out of business because everything is digital now and it is quite expensive for the wonderful old smaller theaters to bear the cost of switching to digital…. Anyway I think I am one of the very first directors to release a new film this way, on a website who’s only purpose is to show his new films…. I think this could be very successful and it also cuts out the crooked Hollywood distributors. – Larry Clark

In our interview with Clark, he said, “I wanted to make a movie for the Internet. These days everyone one is on it — emails, social networks and all that. I have kids and they are constantly connected to it. I send them a message and they get back to me straight away. It’s so hard to get a film made, especially an art film with your own final cut. So I thought, “Why don’t I just do it myself, set up a website and get it going.” I decided to get rid of the middlemen, producers and the like. Anyway ,they’re all crooks; I never got paid for my movies. The Internet is happening, people make a video and it gets a million hits, so fuck it, let’s do it.”

At Dazed Digital, he elaborates further:

I was casting the role of “Marfa Girl” and while searching for the right girl, who I had thought I had found through an agency in Austin, I kept getting bugged by my old friend, Jim Lewis, who said he knew this Texas girl, Kaylan, who would be perfect for the part. I said, “sure sure,” and didn’t really pay it much mind because Kaylan was in Louisiana at the time and I thought that she was just some girl Jim wanted to fuck. But he kept calling and texting me about her for weeks, until I finally said “ok, how do I get a hold of her? I’ll take a look at her.” During my last phone call with Jim, he said “look, this girl is going to be perfect for the part, and I’m not telling you this because I wanna fuck her,” so I of course I thought he wants to fuck her, but I called her anyway. We agreed to Skype at a certain time. I liked her immediately. I told her exactly what I wanted her to do, I told her exactly what the role was, and what I expected of her – she has to be comfortable and really look comfortable with the nudity. She had to be comfortable with her body, otherwise it wouldn’t work. We ended up skyping for 4 hours and at the end I was so impressed with her that I asked her to immediately come to Marfa. She and a friend drove straight from Shreveport, I think, and… she is the “Marfa Girl.” She was incredible, she was extraordinary and did everything I asked of her and more. I decided to put out my new film only on larryclark.com because the art theaters are disappearing, I can never get a rating, and everyone I know under the age of 35 watches all of their media on their computer, so, why no just go straight to the people and cut out all of the hollywood distributors and crooks. This is the future and the future is now. But I still wonder if all of their happened because Jim wanted to fuck her…”

UPDATE: The original headline to this piece, which said “Today Only,” has been changed, as the film is still available on Clark’s website. The “available for 24 hours” seems to apply to the viewer’s screening window after purchase and not to the film’s availability.