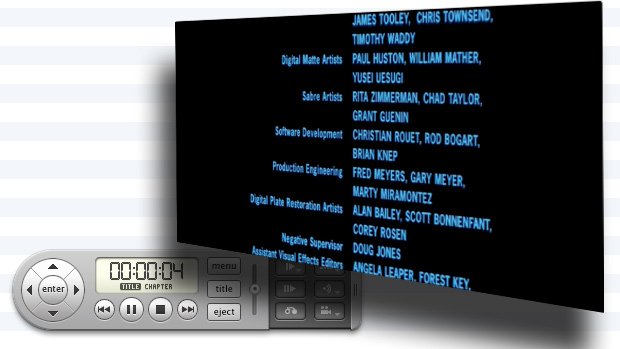 by Michael Murie
in Columns, Filmmaking, Financing, Production
on Dec 7, 2012

At a recent filmmaking panel hosted by the Massachusetts Production Coalition, filmmaker Chico Colvard offered the following advice to those getting started in moviemaking: read the credits first. The credits of other movies.

“I’m fascinated by end credits,” said Colvard. “They’re so revealing. They’re fascinating in that filmmakers use them to continue the story….there’s so much more information there.”

The credits can provide you with not just a list of potential cast and crew members. They can also give you the names of accountants and lawyers. More importantly, they can give you the names of possible investors. Other filmmakers might not want to reveal that information to you directly, but they often end up doing so in the credits:

Find the folks that you think are successful, that you want to emulate, get their films, go right to the credits. That’s where your homework should begin. Look at who they have assembled on their team. You could spend forever searching for funding, and you’re looking for angels and all those kind of people; go to the end credits. It’s all right there.

You probably won’t find it on their website. A lot of filmmakers want to hold on to those people, but because those people contributed to their films, they have to include them in the credits, right?

Colvard is so fascinated with film credits that he said he’s planning to do a panel for next year’s Independent Film Festival Boston on how to read end credits. He said that he’s especially interested in the credits for bad movies, the ones that make you wonder how they got made. “Go to the end credits, it’s all right there,” he reiterates. “If I go to the end credits and see certain names, I know this film could not fail. There is no way the gatekeepers of this industry would allow this film to fail.”

Chico Colvard made the documentary Family Affair, and is a film lecturer and the Founding Film Series Curator at the University of Massachusetts Boston.
Independent Film Festival Boston
Massachusetts Production Coalition