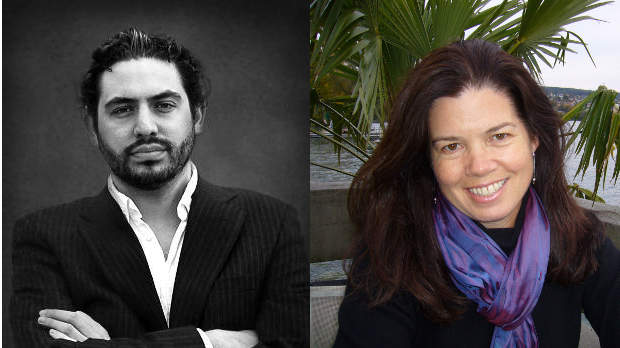 by Nick Dawson
in Directors, Filmmaking, Interviews
on Jan 6, 2013

In celebration of the 25th season of PBS’ groundbreaking documentary series POV, Filmmaker is running a four-part conversation series between two non-fiction directors with close ties to the show. A few weeks ago, award-winning director of When the Mountains Tremble Pamela Yates — whose memoir of Guatemala’s struggles, Granito: How to Nail a Dictator, revisits the footage and topics of her debut  — and Bernardo Ruiz, whose film Reportero airs on POV on January 7 at 10:00PM, sat down to talk about a variety of issues that arise from their work. Through the course of the discussion, Yates and Ruiz share where they’ve been, where they are now, and where they’re heading while dissecting different viewpoints of their craft.

In the third of four parts, the two directors talk about journalistic integrity in their documentaries.

Yates: I think it’s important to stay true to the spirit of the person whose story you’re telling. And the more you know them, the easier it is to do that. Also even though my films, our films, have a point of view, they’re all based on journalism or facts as close as we can get them to be. I’ll give you two examples. Rigoberta Menchú, who is the protagonist in When the Mountains Tremble, she tells her story directly to the camera, she was in exile. And the film was used extensively around the world from 1982 to 1992. It helped put her on the world stage, and in 1992 she was awarded the Nobel Peace Prize. That was one factor. She also wrote an autobiography, she criss-crossed the world tirelessly living out of suitcase for 10 years, but the film help put her on the world stage and then she was awarded the Nobel Peace Prize.

When the Mountains Tremble was not allowed to be shown in Guatemala publicly for many years, in fact 20 years. I went to Guatemala for the first public showing in 2003. It was at the University of San Carlos and five hundred people came, standing room only in the back. What I found was actually that the film had been used thousands of times clandestinely during the war, but never shown publicly. And people had taken the film and cut it up and made their own films and shown it at lots of meetings. In the audience that night was an international attorney, who came up to me afterwards and said, “I’m starting an investigation into people involved, potential perpetrators in the 1980s, and two people I’m investigating are from the film, did you keep all the outtakes from the film?”

That was the genesis of Granito. And now we released the film and a year after we release the film, everything we had put into the film was used as not only forensic evidence but used in evidential hearings by a judge in Guatemala to determine whether there was enough evidence to indict Efraín Ríos Montt, the “bad guy” in the film, for genocide—and there was. They projected parts of Granito in the courtroom, and he was indicted and placed under house arrest and he’s pending trial. So these are kinds of extremes for how a film can affect people. That’s probably once in a lifetime impact a film can have, but you never know. Destiny is an amazing thing. I always say that I speak English, Spanish, and magic realism. 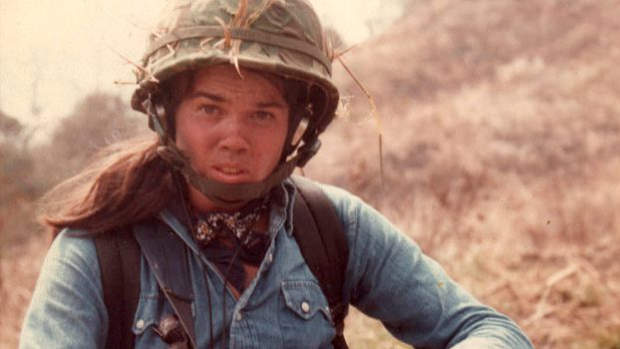 Yates is stock footage in Granito

Ruiz: Did you ever worry that the film is setting precedent for other situations where outtakes could be taken? That there were other filmmakers might face a similar situation…for example Ken Burns recently with Central Park 5. Or in this particular case, does justice trump all these other concerns?

Yates: I think so, because although we all act on the spectrum from activist to artist, there are certain moments where I’m a human rights defender and if an attorney asks me for material, and I also have an impulse after all these decades of wanting to see the generals paid for their crimes, I look for and turn over the material. I also felt that it would not add to the precedence of turning it over because the material was 30 years old, and besides the perpetrators, it couldn’t really hurt anybody else because all the other trails were pretty much covered. So it was a decision that Peter and I made together to do it.

Ruiz: That question of how much information we give out, especially in formal judicial proceedings, is a really good question to ask because I don’t necessarily think there’s a clear answer and a one-size-fits-all solution to those situations. There are newer crops of films that take a very bold or aggressive position on things, and I wonder how the conversation will change. I feel like in your case, it’s providing evidence from a film, the choice is so clear, but as we go forward these choices get more and more complicated.

I think for us in Reportero the kind of vetting process or the kind of editorial process was a bit different. I always maintain editorial autonomy, that was clear from the beginning. The journalists understood that implicitly being journalists themselves, but we had multiple conversations around that issue. What I did offer always was I showed them cuts throughout the process and the only thing that they changed, as we discussed, were that we took out any elements that represented any threat or immediate threat to their safety; or changed the name of a source or eliminated a piece of information where it would be too easy to track someone down as a result of that.

Really the only major editorial decision we struggled with was towards the third act of the film there’s an interrogation video. It’s a video of the head of a cell, a powerful cartel, and he’s admitting to basically colluding with elements of the state government. That was a really tough one, we had to go back and forth. Even though the event was from the recent past, it implicated people still in positions of power, and we had a number of serious conversations about the potential blowback for that. At the end of the day the decision was that we should move forward, in part because that story had been broken by Zeta already so it was publicly known. And more than that, the journalists at Zeta felt like–we’re proud of what we did, we did our job as journalists, we broke a really tough story and why should we have to take a backseat to this or try to hide something we did? On the contrary we want people to know the story that we broke. That was always a kind of consideration with them, and almost always their reaction was no, we want the world to know the type of work we’re doing.

PREVIOUS: POV @ 25: Pamela Yates & Bernardo Ruiz on Being in the Line of Fire and Collaborations