Emanuel and the Truth About Fishes | Director Francesca Gregorini 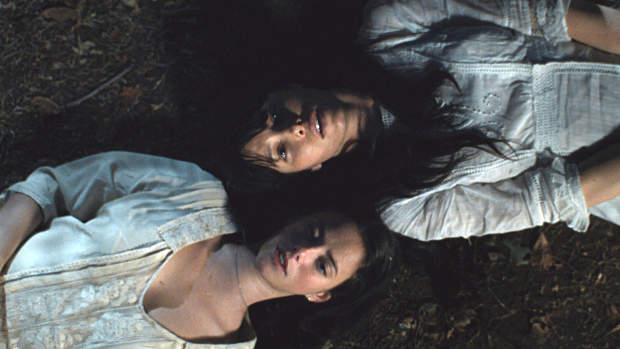 Film is a child; full of potential and yet utterly helpless and destined to die without your intimate care, vigilant eye, and tireless guidance. It just doesn’t end. Even when you think it has, it just plain hasn’t. It’s hungry all the time. Crying, seemingly for no good reason and often for very good reasons. Its needs are boundless, in both a rudimentary and an existential way. Even when it’s fully grown, you’ve done your job, it’s out the door, found a home of it’s own… it still knows that you are the only one that will never truly abandon it, whether it soars or fails, you are its mother.

On set and in the edit bay, as the apparent adult in this situation, you peer into your monitor and think you are watching it, but truly, it is watching you. You may feel like you are sculpting it, moment by moment, decision after decision, changing it, but really, it is changing you. The same passion, limitations and unwavering determination that you show it, it shows you. There is nowhere to hide. It is very much alive, sometimes as your most intimate friend, always a valiant adversary, and quite possibly a road to redemption.

The sacrifices of making a film are clear and quantifiable. Your life is no longer your own. You are now in service of and responsible to something greater than yourself, something that will think nothing of stripping you to your core, emotionally, spiritually, mentally and physically. What you sacrifice is your nervous system,  your sleep, your looks (I was much hotter when all this began) and definitely your social and personal life. Everything else that is not your film just goes into soft focus, like a beautiful long lens shot. Everything is still there, but not. The hope is that you can still find those things when you emerge. But the tricky bit is that nothing stays the same and you yourself emerge as a different person. So, you find yourself a stranger in a strange land. But never having felt so at home to begin with, I can accept that cost. Besides, one of the byproducts of coming out the other end of making a film is that you somehow feel invincible, like insane enough to go do it again. I guess the thinking is, beat the postpartum/empty nest with a nice dose of pregnancy. And of course, that requires sex, of some sort. A sexy idea, one that turns you on and keeps you up at night. One that won’t let you sleep because it needs to be given life and bouncing around in your small head just won’t do. It requires a screen, a big one, and you’re just the person it had in mind to get it there.