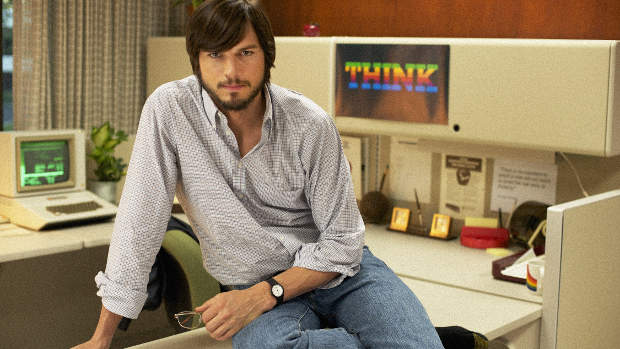 by David Rosen
in Distribution, Filmmaking
on Jan 18, 2013

Now that the 2013 Sundance Film Festival is underway, it’s an opportunity to remind indie filmmakers that, sadly, their future is on the web and not in movie theatres. Park City screenings, parties and other get-togethers are great fun and a good chance to meet other makers and distributors. However, don’t expect to make a deal!

It seems almost ironic that one of the flicks getting a lot of media attention at Sundance is the biopic jOBS, featuring Ashton Kutcher as Steve Jobs. Jobs and Apple have long played an essential role in remaking the movie making process with Final Cut editing program and with the iTunes store. Apple, and other tech companies, have done much to shift movie making from an analog to a digital medium.

Nothing illuminates this shift as changes in movie viewing habits. MPAA data shows U.S. movie ticket sales peaked in 2002 at 1.57 billion and has steadily eroded to the 2011 level of 1.28 billion. This is audience shrinkage of nearly a fifth (19%) over ten years.

Further insight is provided in a late-2012 report by the market research firm, NPD Group. It found that the TV set has eclipsed the personal computer (PC) as the primary in-home screen for viewing over-the-top (OTT) streaming-video programming. TV set viewing increased to 45 percent from 33 percent, while PC viewing declined from 48 percent to 31 percent. It found that 43 percent of connected TV users accessed online video, music and cloud services. Equally illuminating, Netflix Watch Instantly is the leading OTT programming service. It accounts for 40 percent of streaming access compared to 12 percent for Hulu-Plus and 4 percent for Vudu.

Market research studies are snapshots in time, reflecting the researcher’s questionnaire and methodology. A study by Nielsen and Sony TV from mid-2012 suggests somewhat different TV viewing habits. This study found that 51 percent of those polled said they watched TV on laptops, 49 percent on an Apple iPad, 37 percent used another tablet device and 42 percent said they used video-enabled smartphones.

No matter which study one consults, the future of “movie” content, whether feature or short, narrative or doc, will be on web.

While contemplating the celebrity buzz generated at Sundance, think about tomorrow and how your film will find a viewer.