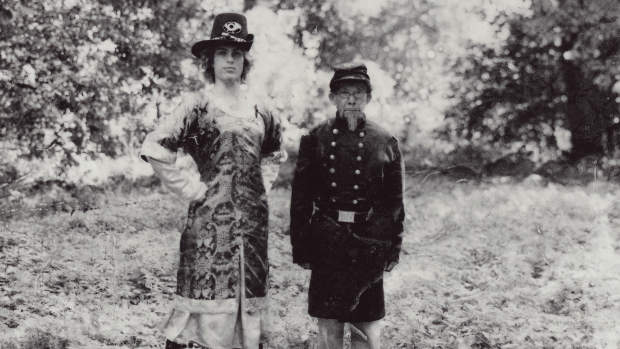 by Pauline Baudon
in Directors, Interviews
on Feb 28, 2013

When it comes to The Battle of Pussy Willow Creek, everything is in the title: a heady brew of history, sexuality and satire; it’s tongue-in-cheek to the extreme. The fake documentary relates the histori-fictional “tale” of four misfit Civil War heroes: a one-armed prostitute, an engineering prodigy slave, a wizened Chinese general, and a gay opium fiend colonel, who manage to save the Union from a foreign horde intent on conquering Washington. Their contribution to history sadly goes unnoticed, precisely because of the group’s oddball features that prove unacceptable to the powers that be. Fake archival footage, war audio effects and expert testimony abound in this thoroughly sassy take on a genre often happy to plumb new depths of gravitas. It’s not all fun and games, however, as The Battle of Pussy Willow Creek is also a study in paradoxes and oppositions, both in its simultaneous irreverence and affectionate devotion to a genre, the typical PBS documentary, and its focus on the Civil War as a key era of contradictions and upheaval. Director Wendy Jo Cohen gives us some insight into her all-out charge on the sacred cows of archival documentary filmmaking.

Filmmaker: Even though The Battle of Pussy Willow Creek is set in the Civil War-era South and its characters are archetypal figures of the era — the
dashing colonel, the wise general, the vindictive slave, etc. — they face issues much more openly discussed today, namely race, gender, LGBT rights. Why did you chose to address these through the specific lens of a Civil War documentary?

Cohen: First off, I like that you call it a “documentary.” Most people say that the film is a “mockumentary” but I don’t feel that the term is quite right
and I generally prefer “fictional documentary.” In answer to your question, the concept actually came before the characters. I had been trying to come up with a story I could tell on a very limited budget but my ideas tend to be quite grand and fantastical… Then some years ago I was hiking in the Shenandoah Valley in Virginia. I have to say it was the first time the Civil War felt entirely real and present to me. I starting thinking about the Ken Burns documentary and almost immediately it occurred to me that I could use those same techniques to tell a fictional war story. So now that I had this concept, I started asking myself, “Well, who is it going to be about?” When we learn about historical figures they are always these perfect white-washed caricatures of what is almost definitely a more interesting reality. Instead of this, I wanted my characters to be more like the people I know: a diverse and quirky crew, outsiders and underdogs. When we hear stories of the past, those types rarely play the starring role. If they are included at all, they are more often portrayed as the victims that some magnanimous mainstream hero is there to save. But I thought it was more interesting if my characters didn’t quite realize that the rest of the world regards them as different or inferior or depraved. I thought the contrast between how their contemporaries would have regarded them and how they conduct themselves with total unawareness of that would be interesting and elevating. My characters don’t need saving and they don’t even understand that they do defy the “norm.”

Filmmaker: An aspect of the film that’s particularly interesting is that it is actually a meta-structure: the “documentary” itself is the creation of
another bumbling fictional group, led by your alter-ego director Grace A .Burns. Why did you feel it was important to create this dual layer?

Cohen: Any time we see a historical documentary we are really seeing two stories. We see the story that we are being told about what happened in the past, of course. But we see that story as it is presented by people in the present: the “historians” and “experts,” and the documentarians themselves. Those people in the present are the second story. But I personally always think about this second story: Who is this person telling me this thing? Their lower-third gives some information, but it is always so incomplete. “Professor of History at…,” “Author of…”, sometimes even just Expert”. I often wonder whether this talking-head expert can be trusted, whether they might have an agenda, and indeed, whether they really know what they are talking about. For my “fictional documentary,” I thought it was important that this second, meta-story was made overt. I thought an interesting tension would arise if I made the story from the past very seductive (a group of underdog misfits saves the country) but made it clear that the historians and experts relating the tale were of dubious trustworthiness at best. My thesis is that ultimately it doesn’t matter how sketchy the circumstances around the telling of a story… if it appeals to you, you will actively choose to believe it in spite of all logical indication to do otherwise. It also explains a lot about how religious mythology operates. If we like the legend, if it means something to us, we buy into it no matter what contradictions in the logic around it. 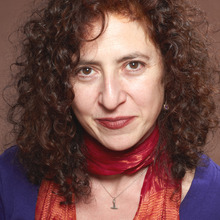 Filmmaker: A key element of the typical Ken Burns-type PBS documentary is a focus on interviews with experts, many of whom seem to have a very intimate relationship with long-gone subjects, with sometimes unintentionally comical results. Your character of the historical psychologist particularly references this idiosyncrasy. Was this affectionate dig one you wished to focus on, perhaps as an exhortation to adopt a lighter, more detached attitude to historical mythologies?

Cohen: Well, you always hear people trying to psychoanalyze personages from the past, and I think that is just hilarious. It’s often hard to really know someone you are actually close with, so how much can you possibly apprehend about someone you never met and who has been dead for 150 years? Often these “experts” speak as if they have privileged information about exactly what that long-gone person was feeling in any given moment. But diaries can be misleading, and letters can be intentionally so. Yes, I always laugh when I hear an “expert” relating an intimate moment from a such a close second-person perspective, like the omniscient narrator in a novel. Pretty much all the “experts” in my film exhibit this behavior, and for Dr. Bingham Wattney, the historical psychologist, I wanted to make this absurd tendency especially obvious. I have him not only know precisely how the people he is speaking of felt, but I have him condescendingly put them in neat boxes of various diagnoses. I thought this kind of clinical analysis is one coping mechanism someone might use to distance themselves from a truly horrendous history. My hope was that it would be plain to the audience that this was what was happening, and that it might cause them to likewise watch the experts in actual documentaries with a more critical eye.

Filmmaker: Because of a dearth of “real” documentation on which to lean, Pussy Willow Creek relied on the creation of “fake” historical archives; photographs, letters, songs, footage. A huge amount of creative energy must have gone into bringing all of these props into existence. Do you consider the film an art project as much as a documentary? You particularly use audio to give a sense of action and history, including comic fake folk songs. Can you tell us a little about what must have been the slyly pleasant process of creating these bawdy tunes?

Cohen: I’m so glad you used the term “art project”! That is exactly what I consider it to be. Actually, I often refer to my film as a “collage” because unlike most narrative films it is really a collection of “elements,” rather than scenes. The story and meaning emerge through montage of the various elements.  As to the sound design… that was like constructing the film a whole second time. My sound designer, Eve Cuyen, is just brilliant and has a great sense of humor. She created a whole world of sound that expands the film way beyond the frame in a truly hilarious way. But doing those crazy songs was the probably the most fun. My not-so-secret desire is to do a musical, and the songs were not an afterthought but rather are written out in the original script. The lyrics, that is. When it came time to actually turn them into music I worked closely with my composer, Patrick Derivaz. He had to come up with melodies to fit to my words, and thankfully he really understood this era of music and did a great job writing and orchestrating. The songs are very overwrought, and we really laid it on with how we executed them in the recording sessions. It was a blast working with the various musicians and singers!

Filmmaker: Considering recent Civil War-era offerings like Tarantino’s Django Unchained and Spielberg’s Lincoln, do you feel that with Pussy Willow Creek you are placing yourself on the Django side of the spectrum with a desire for a more tongue-in-cheek approach to history, as a rebellion against sometimes stuffy and over-glamorized period pieces? The title itself seems to encourage a looser ethos.

Cohen: I have to admit that I have yet to see Django, but if that’s what Tarantino did in that picture then, yes, that’s it exactly. I just think that people in the past couldn’t have been any different than people are now – flawed, petty, neurotic, misguided, gossipy… along with being beautiful and occasionally heroic. My model when writing the film, actually, was Kubrick’s Barry Lyndon, which although it has all the external trappings of a glamorized period piece – the costumes, the sets, the luscious photography – is actually a devilishly dark satire. In that sense Kubrick really nailed the spirit of Thackeray’s writing, which I don’t think any of the versions I’ve seen of Vanity Fair ever even attempted. Yes, that film was really an inspiration.

Regarding the title… I just wanted people to be forced to say “pussy” a lot, although frankly, I am so used to it by now that it just sounds like the name of a real battle to me.