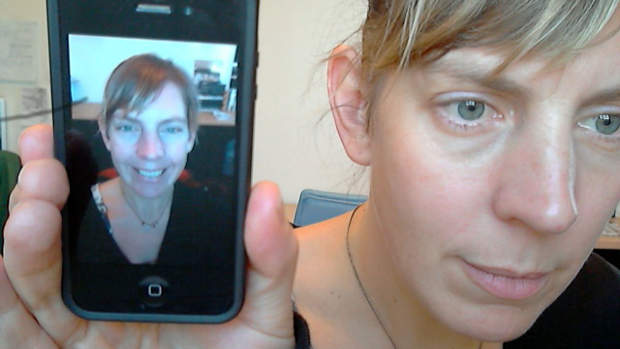 For an introduction to this entire series, and links to all the installments so far, check out “Should Filmmakers Learn to Code,” by MIT Open Documentary Lab’s Sarah Wolozin.

MIT Open Documentary Lab: How do you see people making the transition to digital interactive storytelling?

Kopp: I think people have already made the transition in many ways. They are already comfortable using multiple screens, often simultaneously – and interactive marketing campaigns like Old Spice have primed audiences to expect new kinds of interactivity. If you look at how TV shows like the Walking Dead have harnessed interactive involvement through their games and second screen app you can see that audiences are already happily involved in this new world of storytelling. The tricky thing with independent interactive storytelling is figuring out how to get audiences to discover it in the first place.

MIT Open Documentary Lab: What are the most useful skills for an interactive storyteller? What are the tools of the trade?

Kopp: I know this gets said time and time again but the most important skill is storytelling! The story has to lead – and then of course you need to be open to new ways to tell the story. It’s interesting to see skilled filmmakers thinking about how to bring the craft of storytelling into the interactive realm and this is something I’d like to see more of. As opposed to everyone getting excited and/or overwhelmed by new technologies. Having said that I am hugely inspired by what can happen when story and technology come together in a meaningful way to create a new kind of experience for the audience. If you think about your audience and try to create stories that they can interact with in meaningful, delightful ways you are in the sweet spot.

MIT Open Documentary Lab: How would you recommend that storytellers put together a team for an interactive project?

Kopp: It is hard to know where to start when you are doing this kind of work for the first time and don’t necessarily know any developers or designers. I think a good way to start is to pay attention to great interactive storytelling already out there and look to see who they worked with, talk with interactive creators. Look at the work coming out of NFB Interactive, pay attention to who is funding this work, attend festivals that include interactive, pitch forums, conferences and other events. People are generally very generous with sharing this information. It can also be valuable to attend some of the workshops, labs and hackathons that are increasingly available because they’ll help you know what to look for and will introduce you to the community. Look at initiatives like Tribeca Hacks, Power to the Pixel, New Frontier Story Lab, Crossover Labs, Producers Institute for New Media Technologies, just to give a few examples.

Kopp: The community is all over the world but there are ways to plug in. I already mentioned some of the workshops you can attend. There are also transmedia groups and meetups, including Storycode in NYC.  At the Tribeca Film Institute we are trying to create more infrastructure for connecting this community through our upcoming TFI Sandbox report, our ongoing series of hackathons called Tribeca Hacks and our big event at the Tribeca Film Festival, TFI Interactive. We also help our TFI New Media Fund grantees network with each other and give each other peer-to-peer support through regular Google+ Hangouts which has worked really well.

Finally, I’d recommend spending time at events outside of the traditional film community. Go to SXSW Interactive panels, look at what Eyeo is doing, attend a few tech meetups. It’s good to get inspired by other industries and disciplines, particularly now that there is so much crossover and convergence.

I’d also recommend social media as a way to keep tabs on what people are creating and thinking about. I find Twitter, in particular, really useful for this. It’s hard work but it does give me lots of ideas and contacts.

MIT Open Documentary Lab: How does the role of a director change?  What are the creative challenges?

Kopp: I think this really depends on what the project is. Interactive storytelling comes in all shapes and sizes and lives on different platforms. It’s hard to compare a narrative driven game with a web-native documentary with an iPhone app for example. However I think one of the main differences is that directors now have to take the potential for code and user experience design into consideration and this needs to be part of their creative vision. How someone interacts with the project is part of the story now.

Kopp: For me this has always been the crux of the issue. My interest in this field initially started with the audience, watching how audiences were changing, paying attention to social media, thinking about agency and how to bring important non-fiction stories to people who wouldn’t necessarily watch a documentary. Before I became involved with interactive storytelling, I was already thinking a great deal about what happens in a world where, as Clay Shirky says, media is global, social, ubiquitous and cheap. The audience can be an active participant in your story, you can give them things to do or you can create a feedback loop. It’s up to you how to involve them but the mistake is to make assumptions about what they are doing and wanting. You need to listen to and watch your audience now, and doing that well can open up tremendous potential for storytelling if you get it right.

I’ve started thinking more about maker culture across the board – about 3D printing, Arduinos, Raspberry Pis, and, of course, code – and how we can embrace this maker spirit, understanding that consumers are also, and should be, producers and how to make work that speaks to this.

Kopp: I know what different kinds of code can do. I can do a bit of copy and paste coding in HTML, CSS and Javascript and I have messed around with Processing. That is it, but it still feels tremendously empowering and I think about code all the time these days. In some ways it is similar to how you need to think about cinematography, sound and editing as a director. If you aren’t thinking about those things you are probably not doing your job very well but at the same time you don’t need to be a whizz on Final Cut Pro to be a good director. You just need to understand how editing works and how to work with the editor to tell a story.

I think the crucial difference is that code and algorithms are becoming increasingly important in all our lives and yet we are often very scared of that world. It feels alien to us in a way that operating a camera or editing system does not. And this is the hump I think we need to get over. Code and interaction design are part of the creative process when you are making interactive work and you need to embrace them, which is different than mastering them!

Kopp: It’s difficult at the moment because there aren’t a lot of places to go for funding, and funders are still a bit nervous about this space with so many moving parts. But it has been so rewarding to work with the Ford Foundation and the TFI New Media Fund and see the interest grow in this field. I look forward to more funders supporting interactive work and being open to experimentation, iteration and change.

Kopp: Another tricky question! This really depends on the platform and the kind of story. Who is the audience? How will they interact with your project? I feel like we have been very concerned with production up to this point and now we need to spend more time thinking about distribution models, exhibition and marketing. And also how we measure and report back on all of this. This is particularly important in the social issue media space where we need to think about impact as well.

Kopp: I am in the middle of wrestling with this at the moment because I’m programming Tribeca Storyscapes for the Tribeca Film Festival in 2013, a new juried section for transmedia, interactive work of any genre. It is a challenge, particularly when you are dealing with work that is created for one platform and you need to reimagine it for another kind of space. But this is also tremendously exciting and it is creating all kinds of interesting creative challenges. I think it is also something that it is vital to think about – how do we get this work to new audiences? How do festivals support this kind of work? How do you create the most immersive, interactive experience for audiences? We are going to be seeing a lot more experiments in this field over the next few years I think and I am really excited to see what people do and how this ultimately pushes the work forward in new ways.

MIT Open Documentary Lab: How do you envision the future of the interactive storytelling field?

Kopp: I think the future of interactive storytelling will involve work that continues to cross industry and disciplinary boundaries. In some ways it’s already a challenge to reign in the possibilities in a world of convergence. For me, drawing boundaries around this space is one of the hardest challenges in the work that I do. Suddenly, I find that I’m no longer in the film industry per se but in a creative industry that is in constant flux, with an ever-changing community of peers with different skill sets. And this, of course, is also what makes it so exciting. So my roundabout way of answering this question is to say that I think the future of interactive storytelling is messy and will continue to force us to question how we work as teams and how we define the industries we are in. As long as we continue to build the craft and have clear strategies for what we are doing in terms of the art of storytelling, the connection with audiences and the impact in the world I think this can only be a good thing.