20 Years On, Pennebaker and Hegedus Return to The War Room 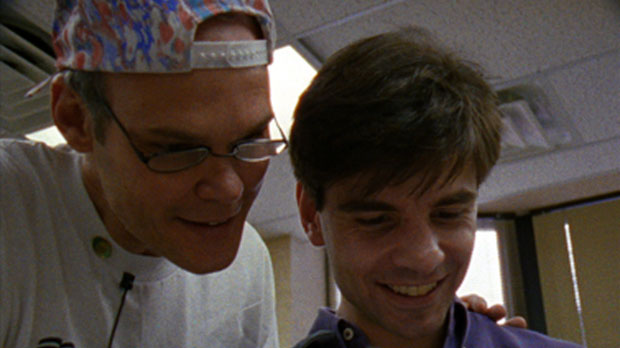 Twenty years ago another recession was gripping America, documentarians were shooting on film, and D.A. Pennebaker and Chris Hegedus were immortalizing the election campaign of Bill Clinton. The renowned duo behind Kings of Pastry, Jimi Plays Monterey and many other films, is presenting The War Room at a 20th anniversary screening at Toronto’s Hot Docs Documentary Festival this week. “It was an idea we always wanted to do,” Hegedus told Filmmaker, “to see a man become President.”

In 1960, Pennebaker gained valuable experience by co-editing and doing sound on the very first campaign doc, Primary by Robert Drew. Shot in vérité black-and-white, Primary follows John F. Kennedy and Richard Nixon on their campaign runs. In 1968, Pennebaker followed up by filming Robert Kennedy’s campaign. “I filmed a number of things with him,” he recalls, “but I couldn’t finish.  It was too expensive for me [and] I didn’t have any funding for it. Eventually, he started going out west, and I gave it up.” Tragically, RFK would meet his fate in a Los Angeles hotel, but the idea of watching a man journey to the White House stuck with Pennebaker until the 1992 campaign.

Surprisingly the filmmakers — who have one of the longest track records in American documentary — had a hard time raising the coin. “It was the old problem that you had to show both sides of every story,” says Pennebaker. “If you did a story that was favorable to the Democrats you had to have some equal time for the Republicans. Television in general was a little nervous about that. In fact, we tried to give it to the Washington PBS station, and they wouldn’t take it.” Ironically, they had to go to the BBC to fund their film about the American election though afterwards the late Bingham Ray of October Films put their doc into theaters.

Funding was one obstacle, finding a subject was another. They talked to the Michael Dukakis campaign, which was running against Bill Clinton. No go. Independent candidate Ross Perot denied he was running (though eventually he did). And the White House wouldn’t let them film there. “The only candidate we had any luck with was Clinton, who at that point in New York was not a favored candidate,” remembers Hegedus. “He was this governor from this small state down south and everybody was pretty suspect about him.” 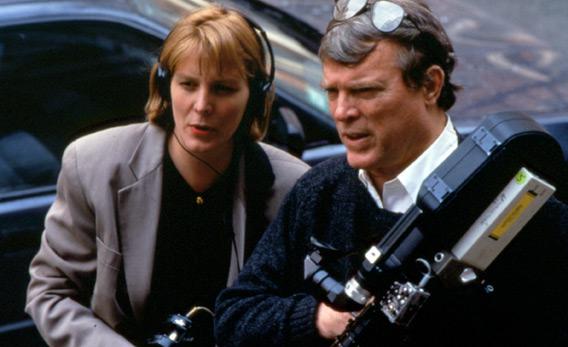 Chris Hegedus and D.A. Pennebaker during the making of The War Room

They had found their subject, or so they thought. Turns out that they couldn’t hang out with then-Governor Clinton, because a reporter from Newsweek already was. “You’re making a little movie that isn’t even underwritten by a network or a major player,” explains Pennebaker. “They’re not going to give you a lot of attention.”

He and Hegedus went searching for subjects at a Democratic pow-wow in Manhattan in summer 1992. They filmed various people, but nobody grabbed their attention until they met James Carville. “We didn’t know who he was,” says Pennebaker. “He was so interesting that we filmed him. It turned out later that he was in charge of the campaign.”

Nicknamed the “Ragin’ Cajun” for his temper, but also for his quick mind and charisma, Carville invited the two New Yorkers to his campaign office in Little Rock, Arkansas, where the filmmakers said they wanted to hang out during the campaign. “Why should I let you do that?” asked the Ragin’ Cajun. Pennebaker shot back with chutzpah: “Because you want to.”

Either luck or fate led the filmmakers to Carville, who is one of the most magnetic personalities in political documentaries. Pugnacious yet diplomatic, aggressive yet articulate, Carville was the perfect character for their documentary. Despite Carville’s blessing, however, Pennebaker and Hegedus always feared they would be kicked out of the campaign office. “The thing about the war room,” explains Pennebaker, “was the press was not supposed to be there. It was only for legitimate operators of the campaign. We were there as guests. We had to be careful, because many people on that floor did not want us there.”

Adds Hegedus, “In some ways that’s why we called the film The War Room. Toward the end, we wandered out more. We went to George’s office. But for the most part we were really in the war room.”

George Stephanopoulos was Clinton’s communications manager on the campaign and Carville’s right-hand man. Where Carville is fiery, Stephanopoulos is sedate. This combination of personalities propels the drama in The War Room. “We were lucky to have the opposites of James and George,” explains Pennebaker. “They had such admiration for each other. I think the film is a buddy story because of that.” Further, the office was staffed by people a generation younger than the Bush camp and buzzed with energy. “It had that feeling of a group hanging out together rather than a group of people fiercely fostering a political vantage,” adds Pennebaker.

Of course, Clinton went on to win that election and the next, but the risk of making The War Room was huge. “If Clinton had lost we would have had a very unsalable film about the campaign staff of the losing president,” notes Hegedus. That’s one reason why broadcasters shied away from the film.

Still, Pennebaker feels it was worth the gamble: “We were getting at history in a way that the general television news couldn’t get at. Their idea was to have the cameras at the doors of the hotels…but it isn’t the real history that people want to see. You have to figure out how to get at that history. Nobody is going to give it to you, because it’s valuable, and nobody wants to give something valuable to people.”