A Strange Baby in the Machine 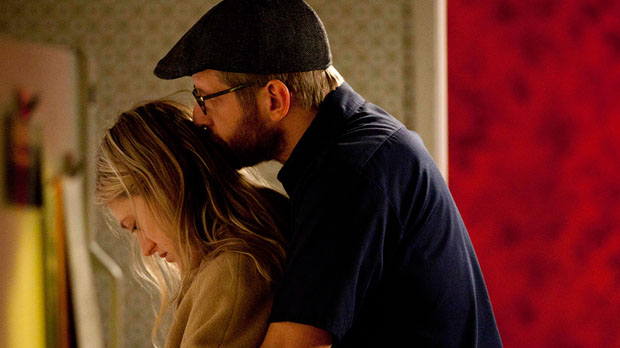 by Noah Buschel
in Distribution, Filmmaking
on Aug 23, 2013

After winning the Austin Film Festival, your producers tell you that you’ve gotten picked up for distribution by Tribeca Films. This is good news. Almost the best case scenario for a small art movie made with a $150,000 budget in 2013. Your weird little movie will get a limited theatrical release, coupled with a wide VOD online release. Great.

But when the jig is up, and the wine has worn, the celebration turns back into reality. The next week, you get on a conference call with six distant voices from Tribeca. They’ll be the ones putting out your film. They talk very fast, like the black-and-white news reporters in a Howard Hawks movie, but without the wit or joy. This, you suddenly remember, is a machine. You’re back in the machine again. You and your little strange baby of a movie are now being processed.

A trailer for your strange baby movie is sent to you. It starts with that Little Miss Sunshine-y guitar riff. The guitar riff that is in every other indie film trailer. The guitar that promises quirky, wacky eccentricity — but nothing to be scared of. This movie, the guitar seems to say, is absolutely harmless.

Indie film in 2013 is a machine which keeps mental illness held at a distance with whimsical fun banjos. It’s a machine in which the Stella Artois company gives filmmakers the John Cassavetes award and Seth Myers or someone from SNL hands the award over, and the filmmaker is supposed to say thanks so much, and then go backstage and meet a bunch of CAA agents and make a $7 million movie with Annette Bening and Greg Kinnear about an adolescent scuba diver whose parents are in the middle of a divorce. 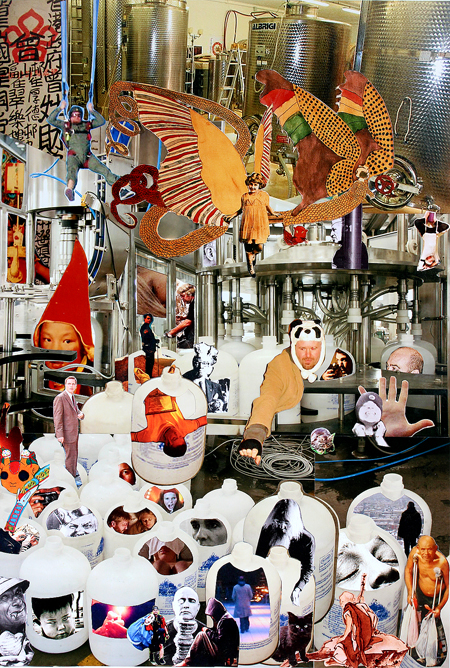 It’s a machine, that actually, if you look closely at it, condescends towards outsider art. It condescends towards uniqueness and originality. It supports movies that are made by the agencies, through the guise of being indie. You watch these movies, and they have the same formula and flavor and pacing as big-budget movies. The only difference is that they’re made for thirty or fifty or a hundred million less than a studio film.

The indie machine now is built so that anyone who is serious about doing something new will be made fun of or called pretentious. “Have a sense of humor about yourself and your work!” Well… yeah, certainly. But also, don’t. Be serious if you wanna be serious. There are people who died for their art — so it’s okay to be a little serious too. But what you find out, as you ask the six Tribeca representatives to look into changing the Little Miss Sunshine trailer guitar riff, is that you’re talking to the programmed, not programmers, and even one note from you is a disturbance to the machine. Your strange little baby movie is being homogenized. The best thing you can do is shut up and let it happen.

“But!” — you say, to the Tribeca squad. If you mis-advertise this strange baby movie as being Little Miss Sunshine, it won’t find its proper audience, it will get bad online ratings from fans, bad word of mouth, and the movie will be hurt. Because the wrong people will be seeing it. And the people who would actually maybe like it are not gonna see it, because it looks corny. There’s silence on the other line of the phone. You shouldn’t have said “corny.” They’re just trying to do their job. Now they’re going to say you’re difficult. And hang up. They’re right, you are difficult.

You go to a barbecue party in Park Slope, your editor’s backyard. Todd Solondz is there, and he tells you that you missed the boat, you’re too late, indie film is dead, you missed it. And you know he’s right. And you look over at his daughter, Pebbles. She’s gotta be the sweetest little kid you’ve ever encountered. She wants to see the three wild kittens that are supposedly in your editor, Jenn Ruff’s, backyard… somewhere.

Noah Buschel’s Sparrows Dance is on VOD platforms and opens today in theaters from Tribeca Films.