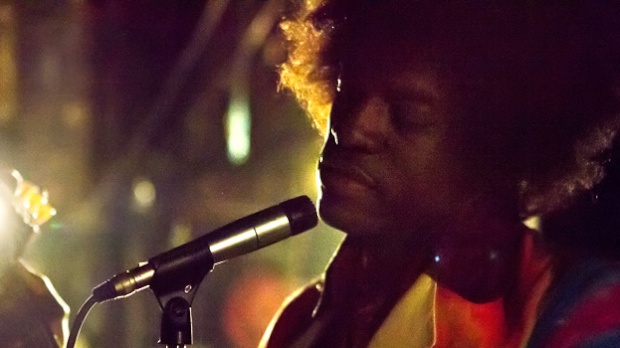 All Is By My Side

The Toronto International Film Festival is overwhelming. Following the more rarefied Telluride and Venice Film Festivals, it’s a large, populist event that mixes red-carpet premieres with new filmmaker discovery and highlights from Cannes and other earlier events. As I usually do, I’ve concentrated on premieres and American independents for this preview, largely omitting films you’ve heard about because they’ve already been praised at other festivals (like, for example, Telluride hits 12 Years a Slave and Prisoners). Here, selected from the feature films, is what I’m hoping to catch at the festival this year.

The Dog. Filmmakers Allison Berg and Frank Keraudren spent over a decade following their subject, “The Dog,” otherwise known as John Wojtowicz, the man who once tried to rob a Brooklyn bank so he could pay for his lover’s sex-change surgery. That story, of course, was dramatized by Sidney Lumet in Dog Day Afternoon, but here Berg and Karaudren have extended his story through the aughts, exploring both the robbery attempt and the history of the gay liberation movement.

Proxy. Zack Parker’s POV-jumping Scalene was a favorite here at Filmmaker, and now the director is premiering his follow-up at TIFF. Starring Alexia Rasmussen and Joe Swanberg, fresh off his victorious villainous stint in You’re Next, the film is a story of a woman recovering from a vicious attack that occurred while she was pregnant. The program guide contains a warning from the programmers — “Proxy begins with some deeply disturbing content” — but the film is also said to be a film of unusual and rewarding narrative complexity.

All is By My Side. John Ridley arrives at Toronto this year with two high-profile projects. He wrote Steve McQueen’s celebrated 12 Years a Slave as well as his own feature, All is By My Side. I’m not a fan of the birth-to-death biopic, and for this true-life story of Jimi Hendrix, that’s not what Ridley’s done. For his own second feature, the well-known screenwriter has focused on “Jimi Hendrix before he was Jimi Hendrix” — on a year or so in Hendrix’s life and his relationship with a British woman named Linda Keith, who was Keith Richard’s girlfriend at the time. Oh yeah, he’s got the perfect actor to play Hendrix: Outkast’s Andre Benjamin.

The Disappearance of Eleanor Rigby, Him and Her. Screenwriter Ned Benson makes his directorial debut with an ambitious festival double-header: a tale of romance set within New York’s literary world told, each in its own separate feature, from male and female points-of-view. Jessica Chastain and James McAvoy star. I’m curious how this will format will play in a crowded festival context. Will people watch both? Just one? What sort of post-film debate will ensue among people who watched only one of the two versions? And will distributors be asked to buy both films and release them simultaneously? The acquisitions story should prove to be as interesting as the film.

Hateship Loveship. New York independent filmmaker Liza Johnson has wasted no time making a follow-up to her debut feature, Return, which premiered at the 2011 Cannes Film Festival. Following the critical success of that picture she boarded this relationship drama starring Kristin Wiig and Guy Pearce. Like another excellent film of recent years, Sarah Polley’s Away from Her, it’s based on short fiction by Alice Munro.

Fading Gigolo. One of the higher profile films I’m looking forward to is the latest from actor/director John Turturro, who co-stars as a professional male escort alongside a diverse cast including Woody Allen, Sharon Stone, Sofia Vergara and Liev Schrieber.

Dallas Buyers Club. In what looks like, judging from the trailer, a riveting performance, Matthew McConaughey plays Ron Woodrooff, a hard-living, homophobic, HIV-positive Texan who becomes a patients’ rights champion when he smuggles anti-viral medication from Mexico to the U.S. during the early days of the AIDS crisis. Canada’s Jean-Marc Vallee (C.R.A.Z.Y.) directs this world premiere.

Lucky Them. Seattle-based Megan Griffiths is another American independent director who has managed to follow up features in rapid succession. Following The Off Hours and Eden, Griffiths world premieres Lucky Them, a drama about a rock journalist with a fantastic cast blending independent and Hollywood royalty, including Toni Collette, Amy Seimetz, Thomas Haden Church, Oliver Platt, Joanne Woodward and Lynn Shelton. It’s produced by Emily Wachtel and Tangerine Entertainment’s Amy Hobby.

Southcliffe. Don’t wait for Netflix — see the latest from Sean Durkin (Martha Marcy May Marlene), a 190-minute drama about a British town reeling in the aftermath of a mass shooting, at Toronto. Scripted by Terry Gilliam regular Tony Grisoni, Southcliffe premiered on the BBC last month as a three-part mini-series where it was praised for its haunting atmosphere and intricate plotting.

Tim’s Vermeer. The great Teller — the quiet half of Penn and Teller — has made what is said to be a real crowdpleaser in this documentary about an amateur artist determined to uncover the secret method behind the verisimilitude of Vermeer’s paintings. Penn narrates and artist David Hockney appears in the film as well.

Finding Vivian Maier. You read about this documentary at Filmmaker during its 2010 Kickstarter, and now it’s finished and world premiering at Toronto. A nanny living in Chicago in the middle of the last century, Vivian Maier secretly amassed a body of stunning street photography works that rank her talent alongside Robert Frank and Weegee. Her story is told her by filmmakers John Maloof and Charlie Siskel.

David Cronenberg Transformation. I think out of everything on this list, this series is what I’m most excited about. As part of TIFF’s big multi-media show, The Cronenberg Project, which continues this Fall at the Bell Lightbox, David Cronenberg Transformation is a series of six works by contemporary visual artists responding to and recontextualizing the Canadian master’s work. Of particular note is South African artist Candice Breitz’s Treatment, in which she restages scenes from The Brood casting herself, her parents and her therapist.

Fat. Boston comedian Mark Phinney makes his feature directorial debut with Fat, a doc-styled feature that transforms a series of the director’s autobiographic essays into what is said to be a painful and darkly funny meditation on his obsessive relationship with food.

A Thousand Suns. As an actress, Mati Diop has been a strong presence in films by Claire Denis and Antonio Campos, but she’s also a talented director. Her A Thousand Suns received its world premiere at July’s International Cinema and Documentary Festival, where it won the international grand prize. The documentary is the story of Diop’s search for the influences created and traces left by her Senegalese director uncle Djibril Diop Mambety’s 1972 film, Touki Bouki.

Gun Crazy. Is there any reader of this magazine, any American independent filmmaker, who doesn’t know by heart Joseph H. Lewis’ seminal 1950 film noir, Gun Crazy? If so, and you are in Toronto, don’t miss the chance to see this influential film, a film that is, indeed, a little bit crazy, on the big screen in a newly restored print.

The Love Punch. Joel Hopkins is one of American independent’s lower-key auteurs, making adult relationship tales streaked with sly humor. Embraced by the French, he’s been able to attract starry casts, like this picture’s Emma Thompson and Pierce Brosnan. A world premiere, The Love Punch looks to be something of an action film, as a retiring company man played by Brosnan teams up with his ex-wife to track down the businessman responsible for looting his company’s pension fund.

Enemy. World premiering at Toronto, the newest film from Denis Villeneuve adapts José Saramago’s novel The Double and stars Jake Gyllenhaal as a university professor unnerved by the appearance of a man who could be his twin. What’s particularly fascinating in a film-festival context about Enemy is the fact that Villeneuve’s second-newest film, Prisoners, is only a week or so old, having premiered at Telluride where it blew the roof off the place. What that means for the expectations of this title I’m not sure, but I can’t wait to see it.

The Double. Make your own double double feature at Toronto by seeing both Enemy and The Double, Richard Ayoade’s adaptation of the classic Fyodor Dostoevsky story that inspired Saramago’s novel. This version stars Jesse Eisenberg and Mia Wasikowska and is co-written by Avi Korine, Harmony’s brother. Oh, and Ayoade is known for giving great festival Q&A’s.

Can a Song Save Your Life? I will confess: I didn’t buy into the hype, the ecstatic Park City reactions, and didn’t see Once at Sundance. It sounded hokey and sentimental. When I finally saw it on video, months later, it got me. That long night in the recording studio ending with the car-ride on the beach — those scenes captured something about making music, or any art, really, that I’ve never seen on film before. So, here’s hoping Carney summons up that special something again in this larger-scale music tale starring Mark Ruffalo and Keira Knightley.

Little Feet. Alex Rockwell, whose In the Soup won Sundance and graced the cover of an early issue of Filmmaker‘s precursor magazine, the Off-Hollywood Report, returns to black-and-white with this world-premiering, L.A.-set childhood odyssey.

Watermark. Watermark reteams Montreal-based documentary filmmaker Jennifer Baichwal with photographer Edward Burtynsky for another environmental-themed movie. Following up their previous collaboration, Manufactured Landscapes, the two take an aerial view of water and its relationship to us, our geographies and communities.