Listen Up Philip at The Edit Center 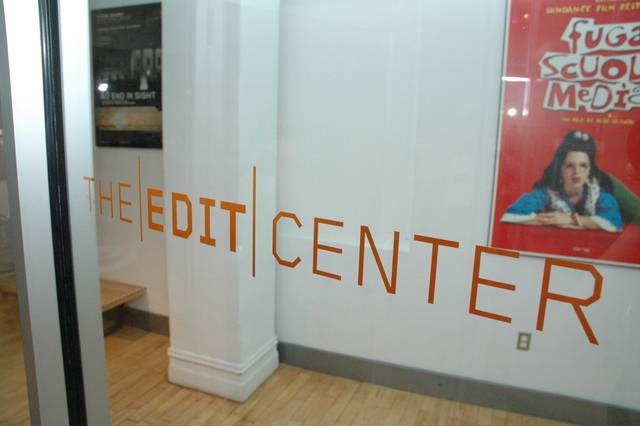 by Sarah Salovaara
in Filmmaking, Post-Production
on Oct 2, 2013

With the official launch of the Made in New York Media Center by IFP this week, news of its imminent offerings was not far behind. One particular course that’s setting up shop at 30 John Street already boasts an impressive track record. The Edit Center, which is housed around the corner on Jay Street, will bring their hands-on framework to the nascent Media Center beginning this November. An intensive six-week course, The Edit Center offers students the unique opportunity of cutting their teeth (pun intended) on a real, live independent film currently in post-production. Guided by a professional instructor and the filmmaker, previous students have trimmed the likes of Winter’s Bone, Frozen River, and Great World of Sound on both Avid and Final Cut Pro.

Up on the chopping block for the November/December course is Alex Ross Perry’s third feature, Listen Up Philip, which wraps on October 4. Perry will introduce the film and individually meet with the students, offering feedback and direction on their edits. The instructor of the workshop is Kate Sanford, A.C.E., editor of countless episodes of The Wire and Boardwalk Empire. Several alumni of the course have gone on to professional careers as editors, working on projects as diverse as Inside Job and “The Colbert Report.” Registration is open until November 5th, and you can sign up for the course here.