More Than Saunas and Kaurismäkis: The Second Finnish Film Affair 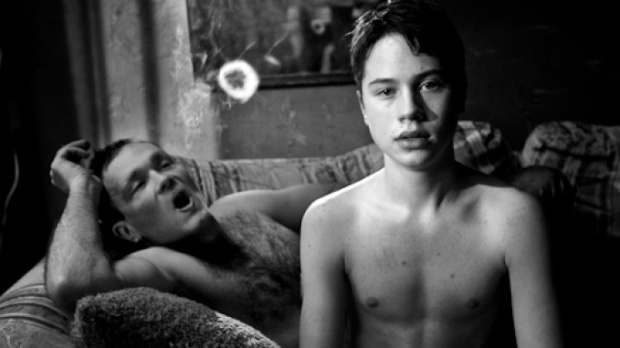 “Love & Anarchy” may have been the motto of the 26th Helsinki International Film Festival, which took over the Finnish capital the last ten days of September, but hospitality and order ruled the three-day Finnish Film Affair. The industry event, which takes place during the fest and is now in its second year, was created in 2012 to highlight Finnish films and connect international professionals (mostly sales agents, distributors, and programmers) with the Nordic country’s surprisingly robust film scene. To that end, works in progress were presented alongside prestigious festival hits. And an abundance of networking opportunities at nightly parties – and even a panel on Finnish-Russian co-productions (a no-brainer given the two nations’ geographic proximity) – was on offer.

Though I attended as a journalist, thus I didn’t have any cinematic skin in the game, I couldn’t help but be swept up in the wheel-and-deal enthusiasm. From the moment I landed in Helsinki – an old-world beautiful, water-surrounded city drenched in 21st century sophistication (that reminded me of a smaller version of Prague) – I found myself in full Finnish immersion. After dropping my bags and nabbing a quick nap in my room at the sleek Scandic Simonkenttä, an environmentally friendly “green” hotel in the heart of Helsinki, I descended to the lobby, gathering with the hodgepodge of international guests. From there we were escorted over to the Bio Rex arthouse down the street for opening night’s Heart of A Lion, a Toronto fest selection directed by Dome Karukoski. (More on that lukewarm film and its hot lead later.) Then it was off to the Design Forum Finland Showroom (Helsinki’s Design District was also within walking distance) for the opening night party and the chance to mingle – including with some of the film’s very humble stars – in a laid-back atmosphere complete with a live DJ and Finnish buffet.

Wednesday brought the Works in Progress: Finnish Films in Development showcase, which I skipped (along with Thursday’s Russian co-producing panel) in order to hit the Film Library, conveniently located down the hall from the hotel’s conference rooms, and to take in a few Finnish sights. (I became addicted to wandering the harbor near Market Square between flicks – and to walking the Esplanadi just to gaze up at the overwhelming Helsinki Cathedral, a neoclassical tribute to Russian Tsar Nicholas I built in the early 1800s.) The night brought another chance to meet and greet, with a unique evening by the sea sponsored by the Finnish Film Commission. Luckily, I managed to make the boat, which took a group of us to the tiny island of Uunisaari, where after more food and drinks, we could unwind in one of Finland’s famous and ever-present saunas.

Indeed, as someone who covers more than my fair share of fests throughout the year, I can’t remember the last time I felt so thoroughly relaxed at a festival event. (Usually the vibe is the exact opposite – a manic rush to make screenings followed by hectic networking parties followed by four or so hours of fitful sleep. Repeat for nearly a week.) What the Finns seem to understand is something far too many of us Americans forget – that this oftentimes stressful moviemaking business should be, well, pleasurable at heart. Which, truth be told, is also the reason I tend to tackle a festival’s docs before its fiction films when deciding what to cover. (After all, it’s much less painful to sit through a bad nonfiction flick than it is a tedious narrative.)

Fortunately, the Finns – like the Danes – know how to do docs. Though varying widely in subject matter, the three nonfiction films that for me most lingered long after the credits rolled also shared a common “culture clash” theme. Aleksi Salmenperä’s Alcan Highway follows Hese, a Finnish drifter who travels to Sarah Palin country to fix a truck he’s bought online (and that hasn’t moved in 40 years), turn it into his dream home on wheels, and drive it from Wasilla, Alaska to Vancouver Island to settle down. What starts out as a fish-out-of-water tale that manages to address complex social issues without resorting to talking heads is suddenly imbued with Fitzcarraldo-like existentialism as Hese and his two Canadian friends are forced to overcome obstacle after obstacle as time (not to mention his helpers’ patience) runs out. With terrific attention to detail, a sad rambling score and lovingly framed shots that highlight the beauty of the northern landscape, Alcan Highway ultimately becomes more than the sum of its spare parts.

At the other end of the globe, Mika Mattila’s Chimeras explores the East vs. West tension inherent in China’s contemporary art scene through the skeptical eyes of one of its founding fathers Wang Guangyi, and those of innocent Liu Gang, a twenty-something photographer suddenly thrust into the glitzy (capitalistic) limelight. Artistically crafted, Mattila’s doc is even more memorable for its philosophical content. The older Wang originally rebelled against a repressive Chinese regime by creating western-influenced art – only to find the west’s capitalist values equally oppressive. Young Liu’s photos serve as critical commentary on the eclipsing of Eastern tradition by Western thinking – even while he’s lured into Beijing’s chic, western-style art scene. “Could Chinese values become the basis for a new world order?” Wang – who considers himself brainwashed first by socialism and then by western art history and materialism – wonders. The grizzled Wang may be a tad jaded but unlike Liu – who eventually turns his back on what he calls the art “system” – he still sees art as China’s true path to enlightenment.

While both Alcan Highway and Chimeras screened Toronto’s Hot Docs earlier this year, it was the more under-the-radar Finnish Blood, Swedish Heart, the latest from Mika Ronkainen (who also directed Screaming Men – about Finland’s unusual Men’s Choir Shouters – and recently made Variety’s “Ten European Directors to Watch 2013” list) that proved the nonfiction standout. Then again, it’s pretty hard to top a father-son bonding, road trip/music doc that digs into ingrained Swede-Finn animosity via a Finnish rock musician who spent his childhood in Sweden. What appears at first glance to explore a very insular subject slowly grows into a universal tale of cultural identity and displacement in the hands of the doc’s highly creative director. As retired rocker Kai and his working class dad Tauno journey back to Gothenburg to connect with native Finns, who call Sweden home, and to reconnect with each other, oddball secrets are nonchalantly divulged. (Who knew pop once ran a moonshine business?) And crucial context is delivered via Ronkainen’s outside the box choice to include interludes in which a variety of musicians perform songs about the countries’ immigrant experiences. A Swedish cabbie refusing to pick up a guy because he “looks Finnish” might seem a tad absurd to those of us used to the endless racial profiling in NYC, but the harm that comes from being judged a second class citizen – alcohol is rampant among Sweden’s Finns – sadly remains the same.

As for Finnish fiction, results were decidedly mixed. On the one hand, several films were at best noble efforts that could be commended for dealing with important issues. There was Karukoski’s Heart of A Lion, which traces a neo-Nazi’s change of heart after he gets involved with an Aryan blonde with a mixed-race son. (That a good doting mom with a black kid would entrust her child’s care to her racist, anti-immigrant boyfriend – not to mention that she’d even choose such a man – is just one of the many dubious and cringe-worthy premises we’re expected to buy.) Simo Halinen’s initially intriguing Open Up to Me follows a MTF transgender cleaning woman who, after masquerading as her psychotherapist employer’s assistant, fully realizes herself. Unfortunately, at worst there was also Open Up to Me, which had a frustratingly misinformed habit of confusing sexual identity with gender identity, as if the two were interchangeable. I first assumed that the English subtitles were being lost in translation until one straight-identified character, who never remotely appeared attracted to men, alluded to his bisexuality after sleeping with the lead, a transwoman. For genderqueers, lumping all non-hetero-conforming and non-gender-specific folks together is as offensive as calling all Asians Chinese. And then there was the sauna steam that rose to the top, Peter Franzén’s Above Dark Waters, based on the actor-director’s novel, which tackles living with a functioning alcoholic father through a child’s eyes. (And, yes, sauna scenes seem to be mandatory in Finnish features.)

On the other hand, all three of the aforementioned films feature Peter Franzén, Finland’s ridiculously charismatic answer to Guy Pearce. Simply put, the sexy Finn’s the best thing about any film that he’s in. (And Hollywood’s already taken notice – Franzén’s set to appear in The Gunman alongside Sean Penn and Javier Bardem.) Perhaps most surprising of all, though, is that this head-turning, book-writing actor can actually direct. And with a subtlety not seen in such flicks as Ulrika Bengts’s beautifully shot The Disciple – Finland’s Oscar entry – which, disappointingly, turns nearly comical as the lighthouse master lead bent on destroying his family morphs into 70s TV drama caricature. In contrast, rather than portray a patriarch’s over-the-top brutality in Above Dark Waters, Franzén smartly chooses a more realistic, and thus far scarier, route. The police officer father of Franzén’s film is strict but loving, providing his son a happy childhood – punctuated by moments of sheer terror, as dad erratically swings on and off the wagon.

But the real gem of this Finnish Film Affair also happened to be the very first flick that I caught. Concrete Night is a black-and-white, narrative wonder from doc director Pirjo Honkasalo that played Toronto’s Masters Series this year. Based on an ’80s novel by Pirkko Saisio, the film explores a day and a night in the lives of two tenement-dwelling brothers, the elder due to start a prison sentence the next day, the younger worshipping him regardless. A crisp noir, the film practically exudes Coppola (the elder) in look and feel, a Finnish Rumble Fish. With patient and nuanced pacing Honkasalo creates an emotional reality that sneaks up on you – even as you know where the story’s headed. Everything changes most, it seems, when life stays the same.