The State of 4K 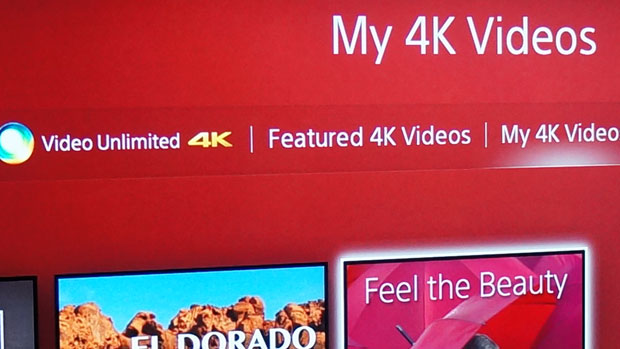 Technology tipping points – when something goes from the unusual to the commonplace – can happen with unexpected rapidity. Has 4K reached a tipping point, and if so what aspect of 4K? Acquisition, production, distribution, or all three? If you’re shooting a film today, should you be shooting in 4K?

The answer to these questions is complicated by cost, complexity and the long-term shelf-life of your project. Today, a convincing argument can be made for shooting in either 4K (future proof) or HD (cost effective and most people won’t see the difference). One thing seems for certain; we will be seeing even more 4K cameras and TVs over the coming months.

4K cameras have been in existence for some tine; RED basically pioneered the field in 2007 with the RED ONE, and Sony has had an 8K sensor camera that shoots 4K – the F65 – for a couple of years. But it was in late 2012 and early 2013 that 4K started the move to the mainstream.  In October 2012 Sony announced two new models, the F5 and F55, that support 4K. They also announced 4K support for the NEX-FS700 camera that had already been released.

This year Sony announced and started shipping a “consumer” 4K camera – the FDR-AX1 – which retails for $4,500. At this point, Sony may have the widest – and most fleshed out – range of 4K cameras, from the FDR-AX1 up to the F65. 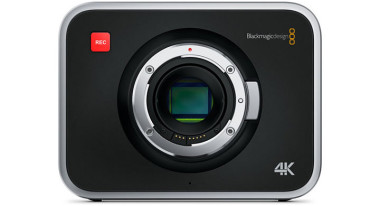 But the biggest signal of what’s ahead may be Blackmagic’s announcement back in April of a 4K version of their Cinema camera that costs $4,000. Unfortunately, the Blackmagic Production Camera 4K is still not shipping, though it is expected at any moment.

RED hasn’t been standing still either. Their new chip, Dragon, was announced in April 2013 and is 6144 x 3160 (6K). Footage from the Dragon has only started appearing in the past month, and the sensor is expected to be more widely available soon.

Only ARRI remains apart from the 4K world, saying that image quality is more important than resolution, while hinting that they are developing new cameras. They have previewed a new camera, the AMIRA, but at the moment that remains a 2K camera.

Should you be shooting in 4K now? It’s still cheaper and faster to shoot and edit in HD, particularly if you factor in the costs of storage and if you have to boost your hardware to work with the files. Given that feature films are currently being shot on the 2K ARRI Alexa, you’re not necessarily at a big disadvantage not shooting in 4K.

Leaving the world of video cameras behind, perhaps what is more amazing is how rapidly 4K is moving to the consumer market; 4K smartphones are already starting to appear. You can find sample 4K video from the Samsung Galaxy Note 3 on YouTube, and Acer has announced a 4K camera as well.

Finally, the GoPro Hero claims 4K, though their just released update only manages 15 frames per second.

Many editing applications have already made the jump to 4K. Adobe Premiere Pro, Sony Vegas, Final Cut Pro X, all claim to support 4K, though your computer may vary. Philip Bloom posted last week that he was unable to edit 4K with the Blackmagic Design UltraStudio 4K Thunderbolt Capture & Playback device attached to his iMac, and had to work with proxy files.

No 4K ProRes editing 4me on my iMac even w/ BMD 4K Ultrastudio on my amish doc…too taxing. Looking good though Proxy

Blackmagic’s color grading application Resolve supports 4K footage, and some people are using it to create proxies, then they edit the proxies in their editor before performing the final grade with the 4K footage in Resolve.

Right now, there’s lots of talk about 4K workflows because they remain more complex than the ones we’ve grown accustomed to with HD.

At a recent presentation, representatives of Sony described the movement to digital cinema as being “basically complete.” Some 13,000 theaters have Sony digital projectors, and the remainder have installed projectors from other companies. All of Sony’s digital projectors support 4K, though that doesn’t mean they are necessarily playing 4K content. 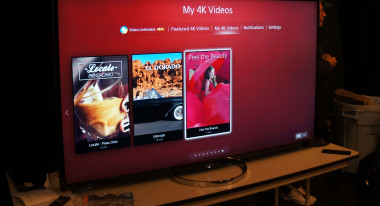 A few years back a study projected that two million 4K units would be shipping worldwide in 2017. But a recent study projected seven million units in 2016. The result of this change? Changes in the projection of sales to China, which is becoming a big player in the 4K market. China is projected to buy more 4K TVs than North America in the coming years.

In the U.S., you can buy 4K TVs for around $1,000 on eBay, or three or four times that price from manufacturers like Sony and Sharp. One note about 4K monitors: there’s a difference between cinema 4K, television’s UltraHD, and 4K computer monitors; the latter may come in several different aspect ratios. Also, there are new color gamuts including a Cinema gamut and Rec. 2020 that are much larger than Rec.709. Very few current monitors can do the high-end gammas: which may be a reason for hanging back on a 4K purchase.

Do consumers really need a 4K TV, and will they  buy one anyway? Is there a noticeable difference to HD? If you have a very large TV, and you’re sitting close to it, then yes? But as the following product description on Amazon’s website states, if you’re sitting more than five feet away you’ll need a large TV to really see a great difference in picture quality.

What’s the point of having a 4K TV if you can’t watch anything? Indeed, that’s the one major area where things remain a bit hazy. 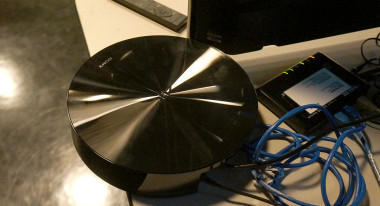 Physical media has been waning and it’s possible that there won’t be a 4K Blu-ray. Sony has said this will be a business decision, not a technical one. At the moment their solution for 4K is a home media server. This device isn’t a streaming solution; it’s a downloading one. The content is downloaded to the internal hard drive, and then played. It’s also a tightly coupled device as the studios are worried about copying. You can’t load your own content on to it, and it has to be connected to the TV by both HDMI cable and an Ethernet cable to ensure you aren’t doing something you shouldn’t with the footage (i.e. copying it.) It’s also limited to Sony’s TVs and films.

When many people see 4K TV’s, the first thing they do is joke about whether their cable provider will support 4K. It’s still early days, but the news went out this week that Netflix is testing 4K video streaming. People currently having trouble streaming 720p through their Roku and Apple TV’s may wonder how viable this will be, but the new H.265 compressor’s increased efficiency (said to be twice as efficient as H.264) may help solve that problem too.