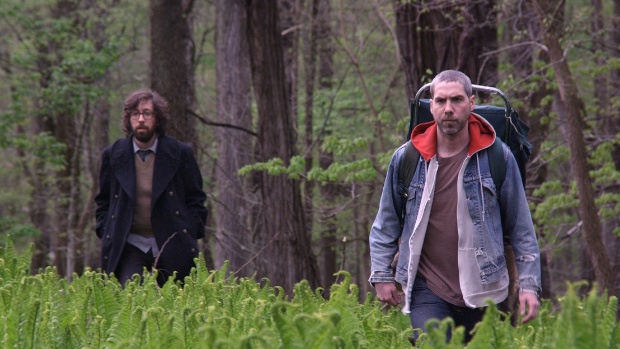 Filmmaker, Independent Filmmaker Project (IFP), and The Museum of Modern Art announce today the five films chosen for the organization’s annual Best Film Not Playing at a Theater Near You series, running November 15 – 18 in MoMA’s Roy and Niuta Titus Theater 2. They are: Eddie Mullins’ Doomsdays; Kevin Jerome Everson’s The Island of St. Matthews; Eliza Hittman’s It Felt Like Love; Aaron Douglas Johnston’s My Sister’s Quinceanera and Benjamin Greené’s Survival Prayer.

As always, Filmmaker editors (myself, Nick Dawson, Brandon Harris, Alicia Van Couvering and Ray Pride), the IFP’s Milton Tabbot and, new this year, MoMA’s Sophie Cavoulacos have singled out five films from the last year’s festival circuit we believe deserve wider, big-screen exposure. In doing so, we take into account the vagaries of today’s distribution landscape. For all but the luckiest of films garnering quick sales and theatrical release, pictures today can linger on the festival circuit for months, attracting accolades, or tumble immediately to VOD small-screen distribution. Or, sadly, some films fly consistently under the radar. To select our five titles, we solicited recommendations from festival directors, surveyed our own viewing and curated five films currently without distribution deals, theatrical or small screen. They span films that premiered at Sundance as well as smaller regional or genre festivals, fiction films and documentary, and (relatively) straightforward narratives to experimental hybrids.

The complete press release is below, and I hope to see some of you at the screenings next week, where a number of the directors will be presenting the work and doing Q&A’s. Runtimes will be up on the MoMA site shortly.

For the eighth year running, the Best Film Not Playing at a Theater Near You series presents highlights from the festival circuit that have yet to be picked up for theatrical distribution. Curated by the Filmmaker Magazine editors, MoMA Department of Film Curatorial Assistant Sophie Cavoulacos, and IFP Senior Director, Programming, Milton Tabbot, the series selects from a wide range of work, including emerging narrative and documentary filmmakers as well as visual and conceptual artists working in the film medium. Past selections include Terence Nance’s An Oversimplification of Her Beauty, Alex Karpovsky’s Red Flag, Mark Jackson’s Without, Laurel Nakadate’s The Wolf Knife, Nina Paley’s Sita Sings the Blues, So Yong Kim’s In Between Days, and Ronald Bronstein’s Frownland.

About the series, Filmmaker Editor-in-Chief Scott Macaulay said, “As the distribution options open to filmmakers are constantly upended by new technologies and viewing patterns, the Best Film Not Playing at a Theater Near You series makes a stand for great pictures whose pleasures are enhanced by that most basic of cinematic pleasures — watching them on the big screen with an engaged audience.”

It Felt Like Love
2013. USA. Directed by Eliza Hittman. Awkwardly adrift one summer in the seaside districts of South Brooklyn, 14-year-old Lila (newcomer Gina Piersanti, in a raw, startling debut) tries to mimic the cool of her precocious older best friend as she gropes toward sexual awareness by way of one local boy. In her first feature, director Hittman exhibits a real formal control, while Piersanti brings a heartbreaking impassivity to her character. Hittman keeps a cool, analytical distance from her protagonist’s bad behavior while evocatively accessing her interior states through expert framing and expressive sound design. A Sundance 2013 premiere that has been a hit at U.S. and international festivals, It Felt Like Love has earned comparisons to the work of Lynne Ramsay and Catherine Breillat even as Hittman’s take on adolescent female sexuality and New York’s working-class neighborhoods contains an approach and imagination that’s wholly its own. 82 min.

The Island of St. Matthews
2013. USA. Directed by Kevin Jerome Everson. Combining documentary and lyrical modes, Kevin Jerome Everson creates a portrait of Westport, a Mississippi town ravaged by the 1973 flood of the Tombigbee River, “the flood that carried everything away.” Residents recall highways under water, destroyed homes, and the loss of family heirlooms and memories—including Everson family photographs, once stored in the Westport home of his aunt. Interspersed with these reminiscences are recurring vignettes: a baptism being performed in the water, a water skier riding along the river, and long, painterly takes of calm waters lapping up against the dam. Everson’s film honors the losses caused by the flood but, like his interlocutors, depicts the river as an immutable force, a source of both life and death. 64 min.

Survival Prayer
2013. USA/Canada. Directed by Benjamin Greené. Washington-based filmmaker Greené’s debut feature is a hypnotic cinematic portrait of a people out of time. Captured with stillness and restrained poeticism, Survival Prayer introduces audiences to the residents of Haida Gwaii, a remote archipelago off the northwest coast of Canada, who live simple lives as contemporary hunter-gatherers, relying on age-old practices as they reject modernity and the slow erosion of their culture. Beautifully shot by Greené and featuring a shimmering, evocative score by Michael Beharie, Survival Prayer won a Special Jury Prize at the Sarasota Film Festival. 70 min.

My Sister’s Quinceanera
2013. USA. Directed by Aaron Douglas Johnston. Set in small-town Iowa, My Sister’s Quinceanera eloquently, gently explores the burden of family responsibility on a young Mexican American man who yearns to see the wider world, while his sister’s titular coming-of-age ritual dominates a long Midwestern summer. A dress must be bought, dances must be practiced, and tentative romances form, but for this working-class, matriarchal family, a seismic shift is occurring just beneath the surface as Silas (an excellent Silas Garcia) makes tentative plans to leave the cornfields and strip malls of his hometown for nothing else in particular while his fatherless family struggles to maintain the rituals of middle class life. Johnson’s naturalism, complete with local non-professionals in the lead roles, is pitched just right; the film exudes an emotional complexity and unforced sweetness that finds the sublime in the seemingly mundane. 72 min.

Doomsdays
2013. USA. Directed by Eddie Mullins. In this apocalyptic comedy, a pair of deadbeats spends their days breaking into off-season vacation homes in the Catskills, living off stocked pantries and destroying property as a lark. Dirty Fred has a penchant for whiskey and women, while the pugnacious Bruho destroys any car in his path to curb the nation’s reliance on peak oil—which is bound to bring about the world’s end before too soon. The story unfolds in daily episodes, as the duo brings acolytes into their ranks and as the gang moves from one squat to the next. This clever debut feature puts forth an irreverent refusenik mantra: in the age of global warming, economic crises, and government shutdowns, why not “drop out, break in, pig out”? 91 min.

Under the guidance of founder and editor-in-chief, Scott Macaulay, Filmmaker Magazine has grown into the foremost magazine in the independent film community. Published by IFP – the Independent Filmmaker Project — Filmmaker is the go-to publication for writers, directors, producers, film industry representatives, and others working in independent film. Written by working independent filmmakers, and with a unique, authoritative voice, Filmmaker’s print edition is published quarterly with new interviews, festival reports, and technical and business news appearing on its website daily. Learn more at: filmmakermagazine.com.

ABOUT THE MUSEUM OF MODERN ART

The Independent Filmmaker Project (IFP) is the premier organization for independent filmmakers, championing the future of storytelling in the digital age by fostering a vibrant and sustainable independent storytelling community. IFP guides filmmakers in the art, technology, and business of independent storytelling through its annual programming and with the introduction of the state-of-the-art Made in NY Media Center by IFP, a new incubator space developed with the Mayor’s Office of Media and Entertainment, where storytellers from multiple disciplines, industries, and platforms create, collaborate, and connect.

IFP has supported over 7,000 films and offered resources to more than 20,000 filmmakers over its 34-year history, developing 350 new feature and documentary films each year. IFP represents a growing network of 10,000 storytellers in New York City and around the world.

Founded in 1979, IFP is the largest and oldest not-for-profit dedicated to independent film. For more information and to become a member, visit www.ifp.org.