“Theatrical is Still the Event that Brands a Property for Decades of Downstream Consumption”: The Business of Media Distribution Author Jeff Ulin 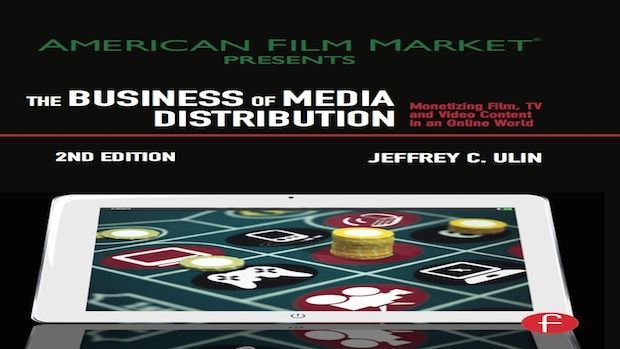 by Chuck Tryon
in Distribution, Filmmaking
on Nov 25, 2013

Jeff Ulin, a former executive at Lucasfilm and Paramount, has spent a big chunk of his career thinking about one of the most vexing issues facing filmmakers and other media professionals today: the problem of media distribution. Ulin has recently revamped the first edition of his classic text, The Business of Media Distribution (published in 2009) with a second edition that addresses many of the radical changes to the media industries that have taken place since two significant events — the economic crash of 2008 and the widespread adoption of digital delivery tools — upset traditional models of distribution, changing how films are financed, as well as altering the distribution windows used by movie and TV producers to maximize the profitability of their content. Throughout the book, Ulin offers keen insights into how media distribution works, building from extensive case studies and detailed accounts of theatrical and home entertainment, as well as emerging mobile markets. A full review of Ulin’s book is available here.

Filmmaker: Film and television distribution have changed dramatically in the four years since you wrote the first edition of your book. What would you identify as the most dramatic changes in the distribution landscape since the first book was published?

Ulin: The most dramatic changes are twofold: the emergence of tablets, which has fundamentally altered on-the-go access to content (whether via apps or the convenience of acquisition, such as to Kindles via Amazon), and the uptake of consumers to watching content via streaming (which often comes from content stored in the cloud, remote libraries, or on-demand streaming services including most notably Netflix)

Filmmaker: One of the main principles I drew from the first edition of your book is what you’ve called “Ulin’s Rule,” the idea that distributors can maximize profits by exploiting windows of exclusivity, promoting repeat consumption, and using variable pricing across windows. To what extent do you think digital delivery disrupts these goals?

Ulin: Digital delivery tends to enable the simultaneous wide and long tail: everything always available. At minimum, that phenomenon creates a push toward the collapse of windows and undercuts repeat consumption patterns. The undercutting of Ulin’s Rule also does not have a linear effect, for compromising or eliminating one value driver alone could lead to much more than a simple proportional impact.

Filmmaker: Just a few weeks ago, Ted Sarandos, chief content officer at Netflix, proposed (and then recanted) the idea that studios should release films using a day-and-date model. How likely is it that studios will look to collapse (or at least further narrow) the theatrical window?

Ulin: Not sure I am fully following the question — I talk a lot about the theatrical window in the book, and in fact studios are moving toward day and date for global theatrical release (i.e., releasing in Europe and Asia near simultaneously with U.S.). I don’t see the theatrical window changing much for the time being. It is still the event that brands a property for decades of downstream consumption, and anytime in the last few years there has been too much video window creep it has led to theatrical cinema chains threats of boycotts. I don’t believe that all rights simultaneously available increases revenues/value. In fact, it has quite the opposite effect

Filmmaker: I’ve been fascinated by the expressions of nostalgia over the announcement that Blockbuster Video will be closing its last 300 U.S. bricks-and-mortar video stores. What has been left unsaid is that Blockbuster’s exit essentially leaves Redbox as one of the few sites where movie consumers can rent DVDs. Do you see kiosks as having a significant future as a means for consumers to access movies? And to what extent do you think physical media will endure as a crucial “window” where studios can encourage repeat consumption?

Ulin: I don’t believe there will be a distinct window for physical media — the rental window will likely combine both physical discs and on demand rentals, to the extent physical discs continue to remain viable. Kiosks exist because they manage to combine convenience and very low pricing. But in the end, this is not an advantage over digital, which via an app can always be more convenient, and can also compete on price. It will still take some time for the full transition to take place.