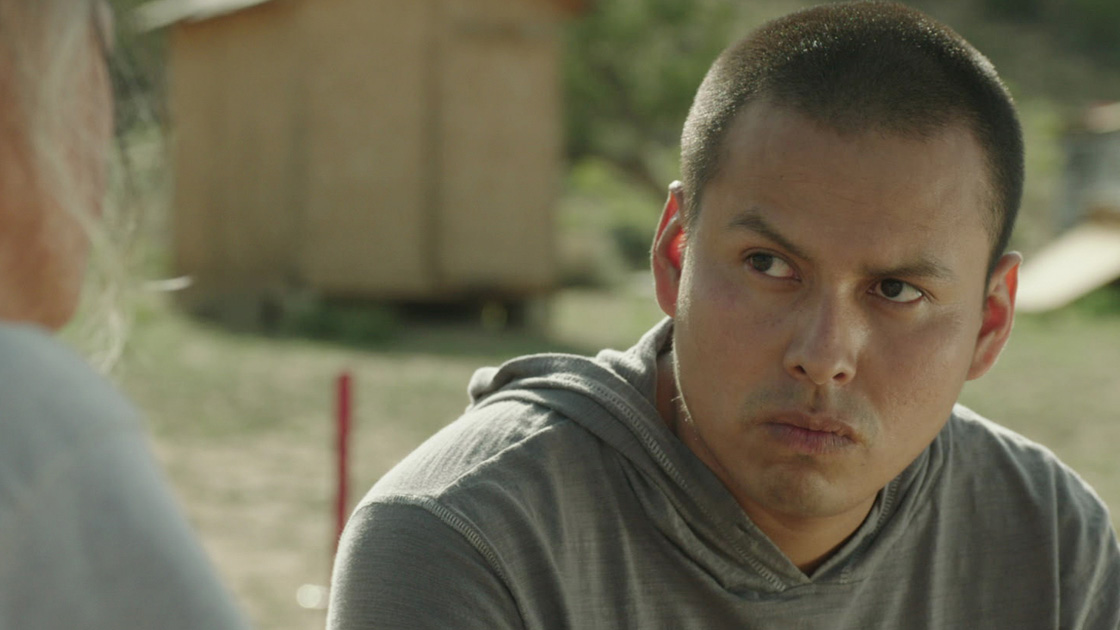 Freeland: I grew up on the Navajo reservation and one thing that struck me growing up was that I never saw anybody that I recognized in the movies. I wanted to tell a story about the people and experiences I saw growing up and that’s what set me out to try and make this movie.

Freeland: I’m not sure, honestly. Our pre-production schedule was only 3 weeks and our shoot schedule was only 15 days. Things were moving at such an insane pace I didn’t even have time to think about that. I guess you could say we simply tried to hire whoever was best for the job.

Freeland: I was curious about this myself, actually. If my gender was an issue to investors, my producers did a good job of not telling me.

Freeland: This is tough to answer. Being both Native American and female, I’m definitely aware that I may not fit the appearance of what a “traditional” director may look like. But the reality is, once I step on set I have a job to do just like everyone else. I think once people see that I don’t make a big deal about it, neither do they.

Freeland: One thing I’ve noticed is that there tends to be a mentor-mentee relationship that develops with newcomers and established filmmakers. For example, an established director may take a younger director under his or her wing and kind of show them the ropes. Because most of the directors I worked with were male it was sometimes difficult to have that relationship. I don’t know that if it has impeded my trajectory but it’s certainly something I’ve noticed.

Freeland: Considering I grew up reading Marvel comics, I would love to direct a Spider-man or X-men movie.

Freeland: I have a sci-fi, time travel film I’m working on. It’s a complete 180 from Drunktown’s Finest and I’m really looking forward to jumping into it.

Freeland: What are you most proud of about your film? The fact that, not only were we able to shoot a feature in 15 days, but we were able to shoot a film that was good enough to get into Sundance. I feel like this is a testament to how amazing our crew was. Everyone worked their butts off and I’m so thankful to have had the opportunity to collaborate with them.