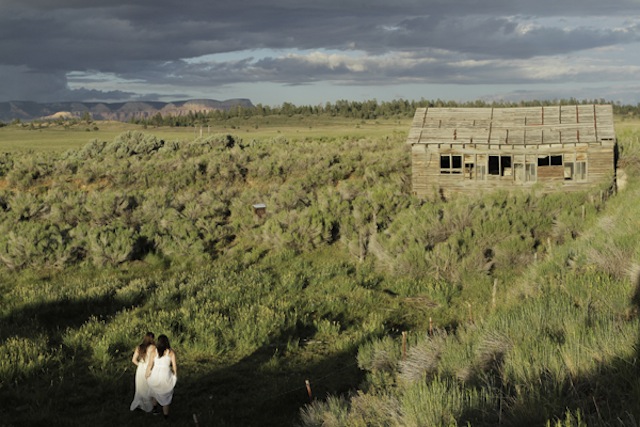 Butter on the Latch

The Berlinale has a rather hefty program: Competition, Out of Competition, Special, Panorama, Forum, Forum Expanded, Generation, Perspective, Retrospectives — and that gets us about halfway there. In the last few days, three section lineups have trickled out of the press office, offering Berlin’s signature mix of international auteurs, Sundance holdovers and the downright esoteric.

Familiar titles for a plebe like me include the Park City world premieres 52 Tuesdays; Boyhood; Kumiko, The Treasure Hunter and God Help The Girl, as well as the out of competition, Vincent Cassel and Léa Seydoux starring Beauty and the Beast — which appears to be more Disney than Cocteau.

When Evening Falls on Bucharest or Metabolism director Corneliu Porumboiu will screen his latest, The Second Game, as will Ken Jacobs (The Guests) and one of my recent favorites, Denis Côte (Joy of Man’s Desiring). You’ve even got Michel Houellebecq starring in a film about, you guessed it, Michel Houellebecq (The Kidnapping of Michel Houellebecq).

But a particular congratulations goes out to one of our 25 New Faces, Josephine Decker, who will be in Berlin with not one, but two titles. Butter on the Latch, which premiered at last year’s Maryland Film Festival, has been recut for the occasion, and will screen alongside the just completed Thou Wast Mild and Lovely, an East of Eden mash-up starring Joe Swanberg. Head to Berlinale’s site to check out the competition jury (which includes James Schamus and Greta Gerwig) and selections released thus far, because frankly, it’s a little overwhelming.