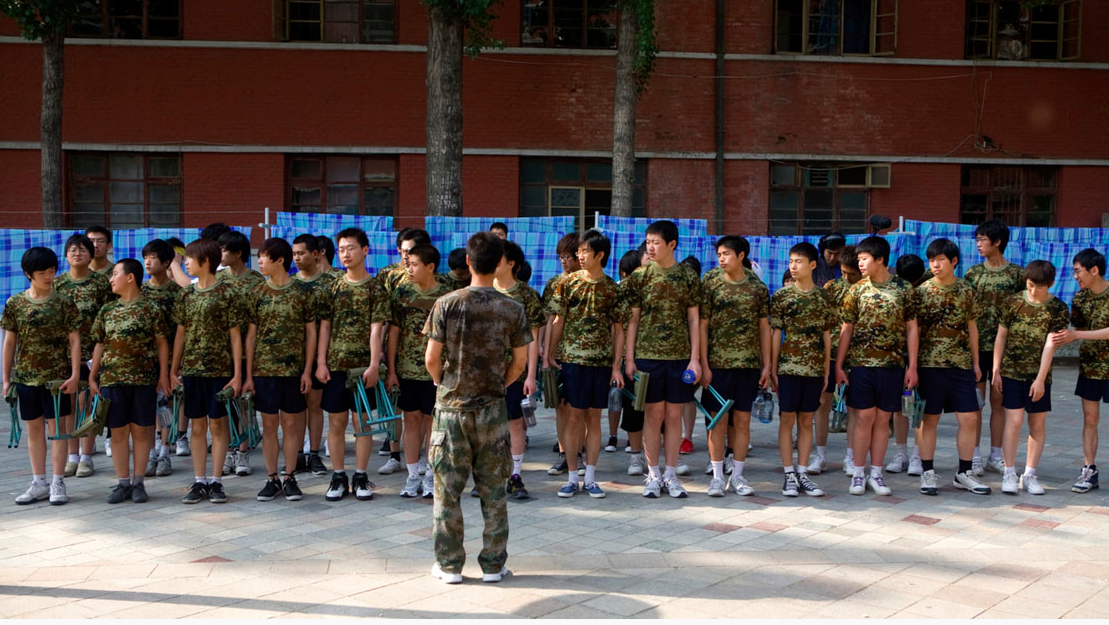 by Danielle Lurie
in Interviews, Sundance, Sundance Features
on Jan 22, 2014

Zwebner-Zaibert: Now more than ever, we need films that investigate and expose the side-effects of our relationship with technology. Internet overuse is a social issue around the globe that has only emerged in the past few years; we have no idea what effects it may have on us or what we will know about the phenomenon in the future. As such, we need to exercise caution when creating policies around it.

Also, as a young mother, I spend a lot of time thinking about my daughter’s future and how the Internet will impact her life; Facebook, posting everything online, losing her private childhood, what her friendships will look like, and other concerns. Especially, what will my role be in this? How can I set boundaries so that she can enjoy the amazing positive effects the internet can have as well? If my three-year-old can easily enter my iPad password and watch anything she wants on YouTube… If this is the world we live in, what should the boundaries be and how do we enforce them?

I really feel for the mothers of the children in the film. Understanding the desire to do anything in your power to protect your children and ensure their personal and emotional safety, even by sending them to these kinds of centers to cure them from their Internet addiction while locking their kids behind bars, using very harsh discipline, medication, and more. It might be obvious that these kids are addicted but is this the right way to treat and combat the issue?

Coming on board for this project I felt  that we have a responsibility to share the unbelievable access we got with the world and bring awareness to this issue.

I think that the timing for this film could not be better.

Zwebner-Zaibert: In general, I love working with women because I feel that their level of sensitivity and their perspective is exceptional, but I don’t choose based on gender… On this specific film, about 80% of the crew was female including both directors, the editor, production manager, fixer and myself.

Zwebner-Zaibert: From where I stand, gender doesn’t make a difference but I will say that, in my experience, people trust women. As such, our gender didn’t impede us at all. At the end of the day, people want to work with people they vibe with, that they trust and that inspire them. When a film concept sings, people will recognize the potential and want to be part of it.

Dan Cogan and Jenny Raskin from Impact Partners, who were major supporters, have always been amazing to us; we love working with them, they are great partners. We thank them for believing in the project from the beginning.

We also have a team of great Executive Producers that helped us. Then of course there are the film funds, broadcasters, Kickstarter, and private investors.

Zwebner-Zaibert: I don’t feel that this is a question of gender, I’m sure every other director would approach the topic in their own way. It’s personal and artistic. I’m very proud of our directors, Shosh and Hilla, and the work they did. We had to build strong relationships with the head of the clinic as well as the children’s parents to gain their trust, which was very hard to ask of them. We were Westerners asking to film their stories and show them to the entire world. It was a really difficult process that required a great deal of sensitivity and understanding. They went through a very hard time, spending months in China in extremely difficult conditions.

Zwebner-Zaibert: I think in general it’s not a question of gender but, from my experience, people love being around creative, cool, young, motivated, strong ladies. It definitely didn’t hold me back at all.

Filmmaker: Of the big blockbuster movies out there, which do you wish you had made?

Zwebner-Zaibert: The Skin I Live In. It’s a perfect film.

Zwebner-Zaibert: I’m developing a few projects that deal with different social issues and looking forward to collaborating with other talented artists.

Filmmaker: Considering this will be released AT Sundance: A) What do you hope to gain from being at the festival? and B) Who would be your dream person to meet while there?

Zwebner-Zaibert: A) Great screenings, great sales, good things for the film! – Most of all awareness. My ultimate goal is to shed light on this issue and the practices being used in China. I want parents to understand and know how to sensitively deal with the issue and for young kids to learn from it.

B) My dream is to meet Morgan Spurlock.