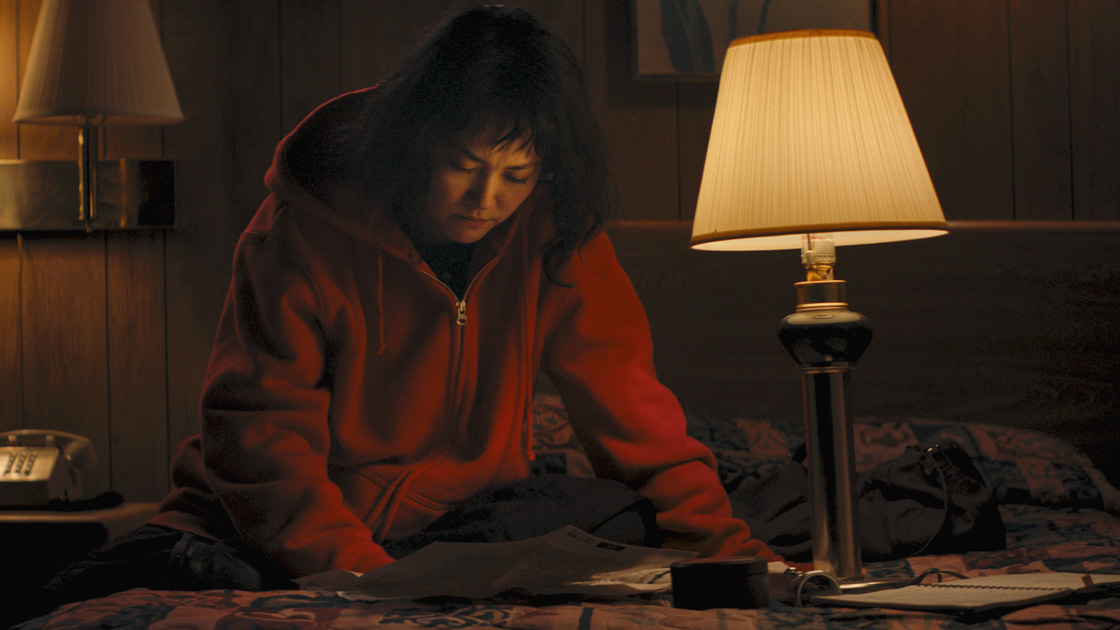 by Jane Schoenbrun
in Filmmaking, Sundance, Sundance Features
on Jan 24, 2014

Warning! This piece contains major spoilers for David and Nathan Zellner’s wonderful new film, Kumiko, The Treasure Hunter. If you’ve yet to catch Kumiko (which premiered earlier this week at Sundance), read on at your own risk.

Tuesday night at Sundance’s annual short filmmaking awards (held, as all great award ceremonies are, at a bowling alley), David and Nathan Zellner delivered something of an impromptu keynote about the many joys and headaches of independent filmmaking. The brothers, who have had nearly half a dozen films at the festival over the years – as well as three features – talked about making their early shorts back in the 90s. At first, they approached these films as a gateway to something bigger. But after their first feature, they found themselves gravitating back towards shorter-form work. Eventually, they explained to the room of emerging filmmakers, they started to think about short filmmaking less as a gateway to larger projects, and more as a way to continue to tell the oddball stories that they wanted to.

The Zellners’ last feature, 2012’s Kid-Thing, was a modern-day fairy tale, a meditation on the loneliness of childhood explored through the strange parable of a young girl and a mysterious woman trapped at the bottom of a well. Kumiko, which is larger in scope and ambition compared to Kid-Thing, is built from equally odd source material. But the new film plays less like a fairy tale and more like an extended metaphor for just how hard it is to make an independent film.

Kumiko tells the story a 29-year-old Japanese woman (the fantastic Rinko Kikuchi, who renders Kumiko with a painful vulnerability) who travels from Tokyo to Minnesota in search of the money buried at the end of Fargo. The obvious irony – clear from very early on – is that Kumiko is unable to grasp that Fargo a work of fiction. And thus, her quest will no doubt end in disappointment. Over the course of the film’s runtime, the Zellners milk this concept for all of the drama and comedy that it’s worth, as characters react to Kumiko’s doomed quest with varying degrees of bemusement, confusion and protest.

One has to imagine that the film itself, which the Zellners had been trying to bring to the screen for the better part of a decade, was likely met with similar reactions during development. A truly idiosyncratic, auteurist work, Kumiko (as with much of the Zellners’ oeuvre this past decade) stands in stark contrast to the prevailing softballs that are lobbed at the marketplace every year. Just glance at the rest of the Sundance Competition line-up that houses Kumiko – filled with A-list actors, genre exercises and standard-issue indie premises – and the Zellners’ film sticks out like a sore thumb. The film industry is not in the habit of celebrating left-field visions.

With that in mind, it’s not hard to view Kumiko’s belabored journey as a metaphor for the independent filmmaking process itself. The film opens with a surreal sequence in which Kumiko follows a treasure map to an abandoned beach, where she discovers a buried VHS copy of Fargo. Kumiko studies the tape obsessively, watching it over and over. She fills notebooks with diagrams. She arduously maps out the blocking of various shots.

One wonders, do the Zellners embark on a similar prep process when developing their films? They are indeed avowed cinephiles, known for embedding homages to their filmic forefathers within their own works. And somewhere among those influences must certainly be the Coens, another pair of idiosyncratic auteurs (not to mention, brothers) who’ve made such an iconic career out of exploring the strangeness of the American myth.

But it’s once Kumiko heads to America and abandons her materials possessions (including, most painfully, her beloved rabbit) that the metaphor becomes most apparent. Kumiko quits her shitty day job. She braves the miserable elements of Minnesota. She maxes out a stolen credit card. She calls in favor after favor from strangers. She endures the continued abuse of her mother, who just can’t understand why her daughter doesn’t want to settle down and start a family instead of embarking on such a foolhardy quest.

Any of this sound familiar?

Kumiko’s final moments return us to the surreal nature of the film’s opening sequence. Kumiko staggers through the snow, freezing, alone, and at the utter peak of her misery. One extended shot finds her completely enveloped beneath snow. An indeterminate amount of time passes with her asleep within this icy grave (at least one night). And then, miraculously, she emerges.

She continues stumbling through the Minnesota winter, and somehow happens upon the exact spot (or, the exact shot) that she’s been seeking – the one from the very end of Fargo. And there, waiting for her, is her fabled buried treasure. Not to mention, just as impossibly, her beloved rabbit – the one she abandoned in another continent.

It’s easy to read these moments as our protagonist’s final desperate fantasy, dreamed up as she freezes to death in the bitter snow. But the scene is played with such unadulterated joy by the Zellners, and such hard-won celebration by Kikuchi, that I choose to view it as a victory.

Because it’s in this moment that Kumiko receives the much-coveted prize at the end of the tunnel for any artist – creative fulfillment. Even if her friends and family think she’s insane, even if she’s burned every bridge along her way, and even if she’s nearly died in the process, she’s achieved what she set out to do. She’s realized her vision.

It goes without saying that Kumiko is an utterly delusional character, to the point where she is incapable of telling the difference between reality and fiction. She embarks on a quest that is obviously doomed from the start, and finds herself greeted with nothing but misery and suffering along the way.

In other words, she’s an independent filmmaker.