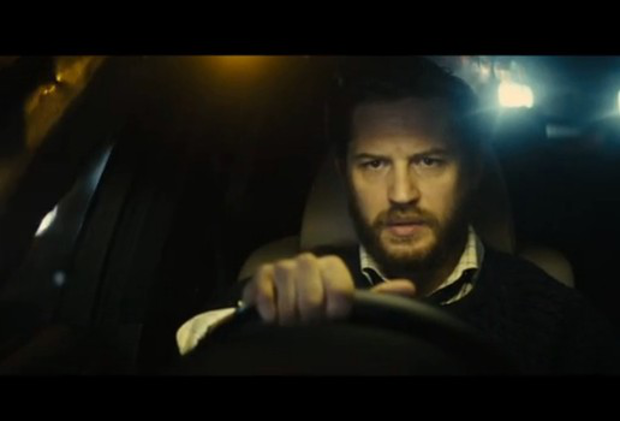 by Kaleem Aftab
in Filmmaking, Production
on Apr 25, 2014

Opening today in theaters, Steven Knight’s Locke has been winning plaudits since it premiered last year at the Venice Film Festival. Giving a bravura performance, Tom Hardy plays father of two, Ivan Locke, a project manager dealing with stress in both his personal life and at work whilst on a drive to London along the motorway. The whole film takes place during the car journey in which Locke makes and receives phone calls to his wife, a friend in London and a work colleague.

The construction job, use of a mobile phone and the fact that just one actor is seen on screen throughout the movie are details that tie Locke to Rodrigo Cortés’ 2010 race-against-time thriller Buried. Ryan Reynolds won plaudits for his turn as a contractor trapped in a coffin buried under several feet of Iraqi dirt.

The one-man film has become increasingly prevalent on our cinema screens. Robert Redford was surprisingly omitted from this year’s Oscar list for his turn in All Is Lost, playing a man lost at sea. That film had the added handicap of Redford unable to talk to anyone. Less successful was Michael Greenspan’s Wrecked, in which Adrien Brody played a man trapped in a car who has to overcome incredible odds to survive.

The singular device is not new, but seemed a much more unique perspective when Philip Baker Hall played President Nixon in Robert Altman’s Secret Honor, or Spaulding Gray went Swimming to Cambodia.

What’s without doubt is that modern technology has made it easier and less of a financial risk to bring the one-man movie to screen. The latest digital cameras are only a small part of the equation; as important is the fact that smart phones and gadgets allow mobile communication with others, which means that being on your own doesn’t necessarily preclude communication.

It says much about the sexism that still exists in filmmaking that the one-man moniker can be taken literally. Filmmakers still seem to think that women can’t carry movies on their own. Although some have argued that Sandra Bullock should qualify given the copious amount of screen-time that she spends alone in space in Gravity. Also having a good argument that they starred in a one-man movie is James Franco, the Mr. Everywhere of cinema. He is alone for 80% of Danny Boyle’s 127 Hours.  Another space movie, Duncan Jones’ Moon, sees Sam Rockwell largely on his own too, or at least with his doppelganger. Away from space, another obvious location for a one-man movie is a desert island, such as the one that’s home to a bearded Tom Hanks for much of Cast Away.

So to celebrate the power of one, here are some tips on how to make a one-man movie from Rodrigo Cortés and Steven Knight.

1) Be aware of the commercial limitations

Rodrigo Cortés: I mean if you want to have a great box-office success, and you want to release all over the world at the same time in 5,000 screens simultaneously, you’re probably not going to choose a story with one single actor that happens inside a box for 94 minutes.

2) Stay true to the concept

Steven Knight: There are rules. If you establish the rules early on, people just go with it. I think if you break the spell by doing anything else, then you are in trouble. Once [Locke] was in the car, I sort of insisted that we resist cutting to anything else other than the road.  Once you establish the audience in this frame of mind, don’t let them off the hook. If you do that then it’s perfect because it’s a nice simple scenario, you are in a car with him, and you are only going to see what he is seeing as if you are in the passenger seat.

Cortés: I saw Reynolds in The Nines a few years ago, the John August film. There I discovered a very sensitive and talented actor who could show very complex feelings with very small things, and with an alien sense of timing. He’s so good with comedy because he has the perfect sense of timing, rhythm, pace, and that’s magic for an actor or director.

Knight: I thought if we could get a nice controlled environment and we get the best actor in Britain, or the world, we can pull this off. Luckily Tom Hardy really went for the script; he loved it and threw himself into it.

Knight: What I wanted to do was shoot something in real time and ignore the standard and usually unavoidable process where you break everything up and do it out of sequence.

Cortés: At first, I decided what tools I wanted to use and then how to make them real. For instance, if in the story in a certain moment I wanted to circle around the actor it would be impossible. If I wanted to use a handheld camera, that’s impossible inside the box, so I didn’t use that. We worked out that we needed seven different coffins, and we designed and built them with different technical needs. So, to do this circle we designed one with collapsible walls that we could take out. If I felt that the right way to film something is the crane shot, which is impossible inside to shoot in the box. I didn’t renounce it, I found another way to do that.

6) Create empathy with the character as soon as possible

Knight: I thought that what we needed to do is get people absorbed in the story as soon as possible because they have nowhere else to go — we are not offering them anything other than the story and the performance. I wanted it to be a very ordinary tragedy, a tragedy of everyday live that people experience. It’s not about the fall of a government, or anything like that, there is no gangster and no car chases. It’s just about one man who made a mistake and this is what happened.

Cortés: I thought that the best way of starting was having these minutes of pitch black, just him feeling around to see what is happening, and when you see the first spark and then another one and then the lighter, it shows you for the very first time that you are inside a box and you are trapped, the same way that Paul Conroy is. That was the way of making the audience feel and experience everything that the character does.

Knight: I’m really interested in the way that mobile phones have altered the possibility of screenwriting. You can have one scene with five different worlds in it. It’s like when you are walking down the street, you can hear little snapshots of people’s lives as they walk by, talking to someone they love, or hate or whatever. It’s fantastic. The fact that you can have all aspects of his life coming into him while he is in a car, and that he deals with them as he drives, it’s something that technology has made possible.

8) Create options for the edit

Knight: There are versions where it is almost like broad comedy, but we picked the versions where Tom is completely in control just like Ivan would be. There would be certain journeys that we did in a certain way, and we kept coming back to that [performance style]. That is where it was all dead right. Tom was dead right and everything was good.