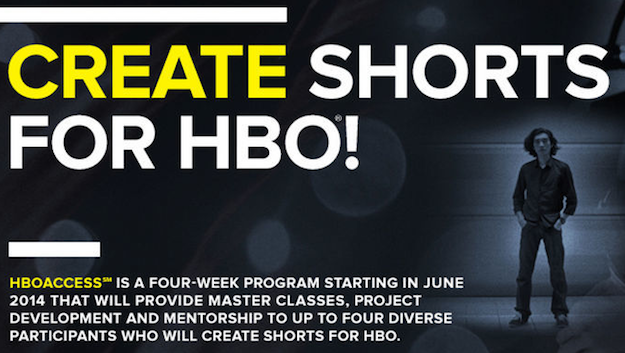 by Sarah Salovaara
in Filmmaking
on Feb 3, 2014

Dubbed “HBOAccess,” the program will invite four finalists to Los Angeles (though housing and travel are not included) for the month of June to craft a budget and blueprint for short-form content – either a webisode or a 10-15 minute film. Upon completion of the program, HBO will consider each proposal for production and an eventual airing spot on HBO platforms including HBO Go, HBO, HBO.com film festivals, HBO’s YouTube channel and more. Submissions, which call for one prior directorial effort, open today over at Without a Box.

This announcement comes on the heels of the short film grant over at The Davey Foundation, and proves even the big leagues are concerned with supporting short-form (and potentially viral) content.