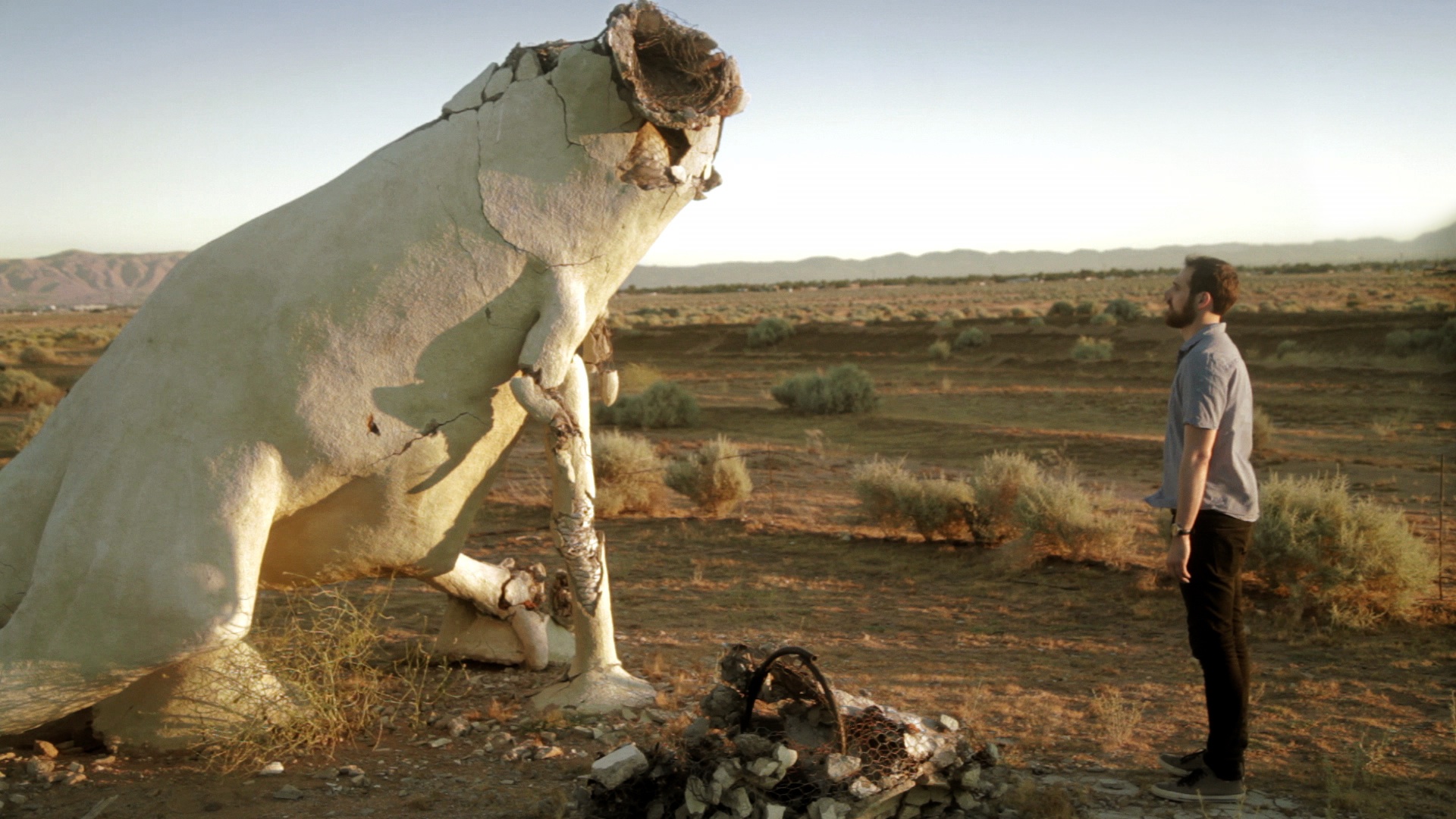 by Tayla Tzirulnik
in Directors, Interviews, Screenwriters
on Feb 26, 2014

Dead Dad, out now on VOD through FilmBuff, is quite a debut, a mature and entertaining first feature from writer/director Ken J. Adachi. Financed mainly via Kickstarter and from the director’s own pocket, it was shot in 15 days on a Canon 5D Mark II and with a crew of eight or nine people, all volunteers. The film tells the story of three estranged siblings who meet at their father’s funeral and are forced to spend time together while working out what to do with his remains. Filmmaker spoke with Adachi and his co-writer Kyle Arrington (who also plays Russell in the movie) about how their ultra-low-budget movie made it to the big screen.

Filmmaker: How long ago did you starting working on Dead Dad?

Adachi: Dead Dad was my first attempt at a dramatic story, and I definitely matured as a filmmaker in the process of making it. Before approaching Kyle and the rest of the crew, I decided that this project would be conceived, written, shot, edited and submitted to festivals within a single year. The accelerated schedule was a way for me to minimize risk, because the film could’ve fallen apart at any moment or failed to find interest at the festivals we wanted to screen at. Once we decided on the idea, we spent a few weeks sharing stories about our lives and the next three months writing the outline. By then we were already three months away from production. We finished the first draft (shooting script) a couple months later. 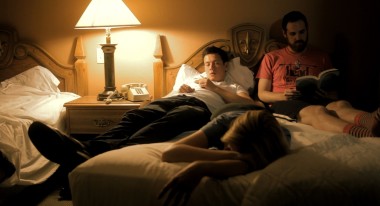 Alex, Jane and Russell rest in a motel bedroom in Dead Dad.

Filmmaker: The premise of siblings trying to get along after a parent’s death is not unheard of but you managed to provoke laughs without making it too funny and create tense moments while keeping it smooth. Was there a lot of rehearsal?

Adachi: Instead of molding the actors into specific characters, I focused on shaping the characters around the actors. We had one read-through with the principal cast before shooting began. Instead of rehearsals, I met with each actor multiple times to talk about their lives, and we shared stories about our families and relationships. I also had the actors hang out together on their own time to create a familiarity among them, which contributed to a loose vibe on set. We also embraced improvisation throughout the entire shoot. I rarely looked at the script during takes because I was focusing on the performances. I had a beat breakdown that guided me through each scene, and I often let my actors discover their own words. It was extremely helpful to have my co-writer on set to help make sure that we were not straying too far from the page. Additionally, my editor/sound recordist acted as the script supervisor during key scenes to prevent digressions.

Filmmaker: Why did you decide to tell this story?

Adachi: In the first week of brainstorming, we talked a lot about making sure the idea we chose would be possible with little to no money. By the end of the week, Kyle mentioned that he thought a story about siblings dealing with their father’s death could work, and I immediately latched on. In many ways, I chose the idea for practical reasons. Creatively, I was drawn to the idea because I grew up particularly sensitive to death and the grief experienced by others. I also realized that there weren’t too many films about younger adults dealing with the death of their parents. My imagination exploded when considering what would’ve happened if I had lost my parents while I was in my 20s (I was 27 at the time), and I knew we were onto something.

Arrington: Ken and I met in graduate film school at Florida State University in 2007. We hit it off pretty quickly and were always looking for a project to work on together but we were in different programs so we didn’t really get that chance until we moved to Los Angeles. We talked for a while about finding a project that was micro-budget and producible considering our tight work schedules. There were no ideas right away that spoke to us or really fit our voices. Then I came up with the idea for Dead Dad, pitched it to him, and it was a perfect fit for us.

Filmmaker: The story is mainly told from Russell’s perspective. Does that have anything to do with the writing process involving Kyle?

Adachi: Throughout the co-writing process, I passively steered the protagonist to be a Caucasian male and not the other siblings (female & Asian) so Kyle could play the lead. Part of the reason I approached Kyle to collaborate in the first place was because I knew he was a talented actor. I also knew that whoever was playing the lead would have to sacrifice an incredible amount of his free time and would need to be deeply invested in the project. Kyle was hesitant at first, but he eventually agreed with me that he was the best choice for the role. 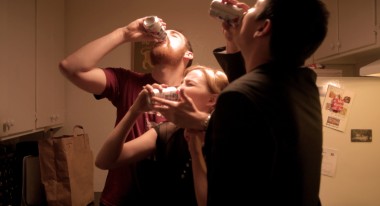 The three siblings get together for drinks after their father’s funeral.

Arrington: For the first few weeks, we fleshed out the siblings using our own personal stories as a real-life reference and then starting building the character arcs. It wasn’t until we had a pretty solid outline that the casting question came up and Ken asked me to play Russell. It did kind of shock me at first — that fear of carrying a movie — but then, almost immediately, it felt so obvious. We had no money, we were going to be filming on weekends, we had very specific ideas of how we needed to portray all the siblings, especially Russell.

Filmmaker: Kyle, for you, what are the best and worst things about co-writing?

Arrington: The collaborative process is intrinsically about arguing your point and ultimately finding a common ground. Ken and I worked really well together in the sense that we rarely didn’t see eye to eye, but the beats that we differed on, one of us had to let go and trust the other. The more we worked together, the more easily we’d give up that control to the other. So while that aspect was a bit scary at first, it became a very useful tool as time went on.

Filmmaker: Were you satisfied with what the feature achieved in terms of film festivals and audience? What did you think are the bigger barriers for an independent film?

Adachi: We made the film knowing it was going to be an uphill battle, so to minimize risk we did it quickly and with a miniscule budget. For me, the first barrier is the expectations set by the filmmakers. I made a film with low risk and am ecstatic every time we can reach one additional viewer. If I had made the same film for a larger budget, the barrier would have increased because I would need a bigger audience to cover the costs. The issue is far more complex than that, but I do believe that knowing the limitations and reach of an independent film is the first step in understanding the barriers that exist.

Adachi: My goal is to direct films that take considerable risks and challenge the audience. I’m currently writing a drama/thriller about teenagers in the Midwest, which I hope to make next.

Arrington: I work full time as a writer’s assistant on the TV show The Originals but I have a few features that are in various stages of development or pre-production. I love TV and feature writing equally, so I’m pursuing both.