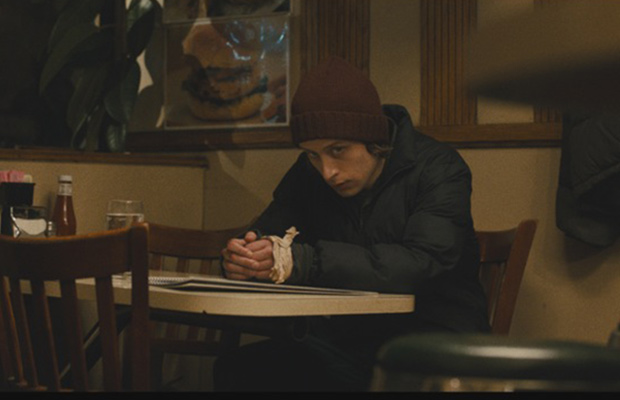 by Sarah Salovaara
in Festivals & Events, Filmmaking
on Mar 4, 2014

On the heels of their Time Is Illmatic opening night announcement, Tribeca has released the first 47 of its 89 feature-length titles in the World Narrative and Documentary Competitions, as well as the non-competitive Viewpoints. Gabriel, the debut film from 25 New Face Lou Howe, which I can’t recommend enough, will open the Narrative section, with Dior and I and Onur Turkel’s Summer of Blood kicking off the Docs and Viewpoints, respectively. Other notable titles include Keith Miller’s latest, Five Star; Junebug scribe Angus MacLachlan’s directorial debut Goodbye to All That; d.p. Jody Lee Lipes’s Ballet 422; the Golden Bear-winning Black Coal, Thin Ice; Sundance hit The Overnighters and British prison drama Starred Up. Find the full list below.

In a testament to the universal power of film, the themes of this year’s competition resonate across international lines, in conversation with one another in their unique and powerful takes on self-discovery. Frequently unfolding through ensemble casts and multi-character structures- from X/Y’s overlapping group of friends exploring sex and monogamy in New York, to the cadre of inept slacker chicks pulling hijinks in the Israeli military in Zero Motivation– young people are discovering themselves in all contexts.  As it so often is, that discovery can be channeled through romantic relationships, like for Otto the recently divorced Dad of Goodbye to All That, or Something Must Break’s Sebastian, whose awakening identity comes amidst an all-consuming love affair. This theme of authenticity in finding one’s true self resonates in the many films in which real people play fictionalized versions of themselves, such as The Kidnapping of Michel Houellebecq, Five Star, and the aforementioned Something Must Break.  Films in this section compete for the Founders Award for Best Narrative Feature, Best New Narrative Director, Best Actor and Actress, Best Screenplay, and Best Cinematography.

The 12 films of this year’s World Documentary Competition are typified by depth of character and beauty in form.  Character studies exploring creative geniuses like the prodigy choreographer of Ballet 422, the freshman Artistic Director of fashion institution Dior in Dior and I, and iconic thinker and New Yorker Susan Sontag, all unfold through lush photography and thoughtful direction. These films celebrate the accomplishments of the individual, mirroring the thread of stories that espouse the power of groups in this year’s competition.  A team of Indian traditional artists rally to protect their community threatened with displacement in Tomorrow We Disappear, while a vivacious gang of transgender women demand equal rights from the Puerto Rican government in Mala Mala, and activists risk everything for their cause in 1971. This riveting collection of international stories compete for Best Documentary Feature, Best New Documentary Director, and Best Editing.

The core of Tribeca’s commitment to launching fresh voices and embracing risky, utterly original storytelling is Viewpoints. Kicking off with the delightfully twisted Summer of Blood, Onur Tukel’s comedic reimagining of the vampire genre, the spectrum of boundary-pushing work Viewpoints celebrates is reflected in a bounty of styles, genres, filmmakers, and subjects. Love & Engineering’s endearing nerds use their computer science expertise to find love by “hacking” women with data and algorithms, while illusionist The Amazing Randi’s decades long mission is not only to master the secrets of magic but to expose the charlatans who abuse them in An Honest Liar (charlatans not unlike Art and Craft’s master art forger who dupes curators just for the fun of it). Taking his own life into his hands, nine-year old Junior in Venezuela is on a mission to be himself— just with straight hair—in the charming Bad Hair, while the hard hitting Starred Up centers on a young man desperately trying not to end up like his criminal father.  This troupe of art forgers, legendary magicians, and lovesick engineers join film noir detectives, hotdog tycoons, and drug smugglers to populate a 2014 program of uncommon originality and exuberance.