The Women of SXSW: Wedlock Creator and Actress Jennifer Lafleur 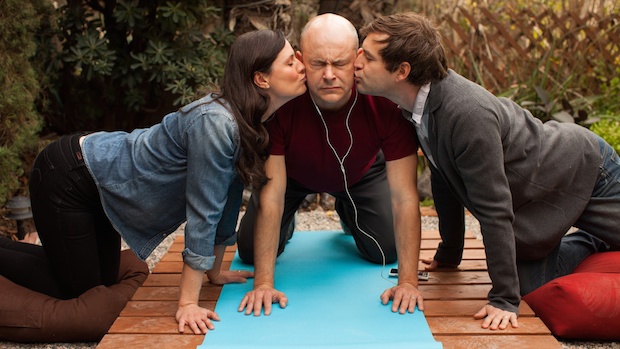 by Danielle Lurie
in Actors, Interviews, Screenwriters
on Mar 10, 2014

Following “The Women of Sundance” article in our print and online additions, Danielle Lurie continues her coverage of female filmmakers with a series of pieces highlighting women directors at SXSW. In this email interview, she talks with Jennifer LaFleur, director of the web series, Wedlock, in the Digital Domain section.

LaFleur: I found myself as an actor spending far too much time waiting for someone else to give me an opportunity to perform. While at lunch with my manager from Principato Young Entertainment, we were trying to think of ways to get me in more doors. By the end of the meeting, he had convinced me that I needed to make my own door. He encouraged me to come up with my own project that I would be able to produce and perform in. I remembered an idea that Ross Partridge, our director, and I had been tossing around years before. I pitched the idea to my manager, who loved it and connected me with a writer, Josh Perilo, who was really talented and hungry to get something going. A week later we had finished the script for the pilot of Wedlock, and PYE started to set the production balls in motion.

LaFleur: In the very beginning, I brought the project to Mark Duplass, who was attached to play one of the three main roles in the series. He offered to finance and executive-produce it, because he is the fairy godfather of all things indie, but I was being wooed by meetings at fancy places I had never been let into before and wanted to see where that led.  However, after six months of little-to-no-progress and a whole lot of interest but not much action, I realized that this process was going to take much longer than I wanted it to. I went back to Mark to discuss independently producing the series. He champions the “do-it-yourself” motto of filmmaking and credits much of his success to the moment he and his brother/partner Jay stopped waiting around for someone else to give them something to do. We agreed to do the series on our own and suddenly we were in pre-production. Rob Corddry came on board to fill out the three leads, and with guys like Mark and Rob on board, everyone we asked to be a part of it was thrilled to be involved. It felt far too easy, to be honest. Which doesn’t mean that there wasn’t an extraordinary amount of time and effort that went into making it happen. Our producer, Jen Roskind, Ross and I were eating/sleeping/breathing this crazy series for three weeks straight. At the end of the first day of shooting, I was so happy and grateful it was happening, I waited until everyone left the set and wept. I think I was also extremely sleep-deprived. But I was very, very happy.

LaFleur: Everything went too smooth to become a legendary anecdote. What was legendary was the work that every single person on set brought every day, and the level of quality of all the players on this tiny project. We shot over 60 minutes of content in four days. It was breakneck speed, but there was so much laughter and fun that it never felt high-pressure. Mark is a machine. He knows how to tell a story and how to get from point A to point B, but in a completely unexpected and entertaining way that you never would have expected. Rob Corddry is a wonder. He’s a 3-H actor: humor, heart, humanity. I knew he was hilarious and great, but I didn’t know that he was such an incredible and nuanced actor. And with Ross at the helm, I suddenly found myself totally relinquishing the series over into his hands and only being an actor on set. He just crushed every moment, and did so with ease (except for the times he was collapsed on the floor in front of the monitor with tears streaming down his face from laughing so hard).

LaFleur: There was a great female presence on set. In addition to myself and Jen Roskind, there was a female production designer, Lynsay Richardson; our costume designer Sasa Jalali; hair and makeup artist Liz Lash; as well as both of our amazing production assistants, Dana Wickens and Laura Dziamaba. That may not sound like a lot, but it’s pretty close to half of the entire crew. And they rocked.

LaFleur: I think about the roles of male vs female in film a lot. There is an instinct to want to believe that men and women are so different from one another. And while it’s true that we probably historically and generally bring different things to the table, I think that’s more about being individual human beings than strictly what sex we are. Stereotypes are being broken at every second in this industry. A man like Destin Cretton can make a stunning, heartbreaking drama with a woman at its center in Short Term 12, and Kathryn Bigelow can make a heart-pumping, action film with a man at it’s center like The Hurt Locker. There are no rules other than the ones we put impose upon ourselves.

I had a nightgown when I was little that said, “Anything boys can do, girls can do better.” I loved that nightgown and felt an extra sassy empowerment when I wore it. I walked up the stairs a little more leisurely when I was told to go to bed on those nights. I. Took. My. Time. However, I think that quote is probably just as unfair as the unspoken but prevailing assumption that boys can do things better than girls. I think the absolute and final truth is that it really just depends on who you are. What kind of storyteller are you, and how well can you translate that to film? That should be the only thing that should be judged when it comes to making movies.

LaFleur: Just start making movies. Can’t get a studio or a big production company on board? Start looking down different avenues. Shift the lens of your film to be done on a smaller scale. Or if your film can’t be done at a micro-budget, then think of a project that can be. Start generating work that has the ability to get out into the world and show audiences what kind of a storyteller you are. Everyone starts somewhere, and it’s better to be making your own thing than to sit around hoping that someone else will make it happen for you. We spend too much time waiting for someone to recognize our talent and our worth. We are waiting for them to help us do what we do best. But the face of film has changed so much with the digital age and websites like Kickstarter. There are no excuses to not get out there and make a short film, a feature, a web series, etc. Because it can be done, and there is always a way over the obstacles that feel insurmountable. You may not be able to live off of those projects at first, or even for quite a while. But you’re generating your own content, building your career, and changing the landscape of film by creating a surge of female-driven material.

LaFleur: I tend to like small indie films that make me cry. Give me Beginners, Blue Valentine, Fruitvale Station, or Like Crazy anytime. But if I were to be a part of a recent big blockbuster, Captain Phillips comes to mind first. It’s an almost completely male cast, but if I got to choose, I wouldn’t want to be the wife waiting at home- I want to be on one of those ships! My father is an ER doctor, and my mother is a former cop and current firefighter/paramedic. I became an EMT a few days after my 18th birthday, and for seven years I worked on an ambulance during college and while getting my MFA. You could say my family are adrenaline junkies, and you might be right. There is such a deeply engrained part of me that is always looking for an emergency. I pull over at car accidents and grab my med kit from the trunk, I clean out wounds on little old ladies who have fallen on the sidewalk and walk them home, I once dragged a drunk guy passed out in the middle of a busy road onto the sidewalk, and even resuscitated a man whose heart stopped beating in the middle of Times Square. The movies that revolve around high-pressure, high-stakes rescue missions get me every time. I walked out of Captain Phillips jacked on adrenaline and deeply moved by the film’s portrayal of the humanity of all characters. Greengrass wasn’t interested in creating clear-cut villains and heroes. He showed us how complicated life is, and let us decide. Or at least just think about it.

LaFleur: I’m working on Hannah Fidell’s next film in Austin. I met her a few months ago and thought she was wonderful. So naturally I was terrified to watch her film A Teacher because I wanted so badly to like the movie as much as I liked her. After a couple months of dragging my feet, I saw it and was delighted (and relieved) that she was as beautiful of a filmmaker as she is a friend.

LaFleur: We are in the process of finishing the series and will be looking to sell it soon. This is a way for us to gain some exposure to hopefully help generate some interest from potential buyers.

I just want to meet more filmmakers who are making great films. I’ve met some of my favorite people who have become my dearest friends through film festivals like SXSW. I’m ready to break bread over BBQ, beer, and late-night rickshaw rides.