The Women of SXSW: I Believe in Unicorns Writer/Director Leah Meyerhoff 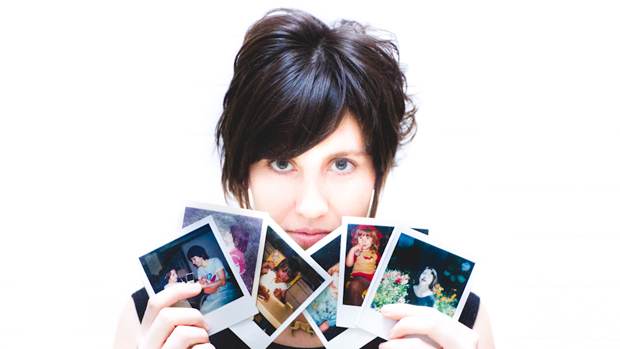 Following “The Women of Sundance” article in our print and online additions, Danielle Lurie continues her coverage of female filmmakers with a series of pieces highlighting women directors at SXSW. In this email interview, she talks with the director of I Believe in Unicorns, Leah Meyerhoff.

Leah Meyerhoff is the definition of “independent filmmaker.”

For her debut feature, I Believe in Unicorns, Meyerhoff cast rising talents Natalia Dyer and Peter Vack, moved her production to her childhood home in San Francisco, and sprinkled fairy pixie dust (figuratively and literally) all over her film set. Shot on a combination of Super16mm and Super8mm film, Unicorns is a poignant and heartfelt story of what it means to be a teenage girl. Beneath the beautifully whimsical fantasy sequences lie truisms of awkward, vulnerable, and complex adolescence. Drawing on stories from Leah’s own childhood and casting her own mother Toni Meyerhoff alongside indie veterans Julia Garner and Amy Seimetz, I Believe in Unicorns is one of the most authentic and down-to-earth coming of age stories I’ve seen in cinema.

Meyerhoff: I wanted to tell a story about an authentic, independent, imaginative teenage girl, as seen through her eyes. Growing up, I did not recognize myself in many of the female characters on screen, and I wanted to create a film that I wish I had the chance to see when I was a teenager.

Davina is a strong-minded and whimsical sixteen-year old girl who often escapes into a beautifully twisted fantasy life. Having grown up quickly as the sole caretaker of her disabled mother, she looks for salvation in a new relationship with an older boy. She is soon swept into a whirlwind of romance and adventure, but the enchantment of her new relationship quickly fades when his volatile side begins to emerge. I Believe in Unicorns takes us on a road trip through the stunning and complex landscape of troubled young love.

This is a fictionalized account of a deeply personal story. My mother was diagnosed with Multiple Sclerosis shortly before I was born and has been in a wheelchair since I was two years old. My parents separated soon after and I became her sole caretaker at an early age. This traditional mother-daughter role reversal led me to view the world through a particular lens. I grew up quickly and developed a certain level of responsibility, and at the same time was resentful of the situation and nostalgic for a childhood I never had. As a teenager I started acting out, often by getting involved in unhealthy relationships with older men. Without much in the way of parental guidance, I was pushing up against the boundaries of acceptable behavior, testing the limits of what was possible. Before I knew it, I was completely in over my head.

Much of this informed the writing process of I Believe in Unicorns as I began to tell a semi-autobiographical story of a teenage girl who runs away from home with an older boy. For production, I returned to my childhood home and cast my actual mother to be in the film. After an extensive audition process, I then cast sixteen-year-old Natalia Dyer as the lead and together we created a character who is raw, vulnerable, and acts based on impulses that she does not yet understand. Her boyfriend is played by breakout star Peter Vack who researched the role by hanging out with local punk kids in the area. We shot as much of the film as possible chronologically, allowing ourselves the freedom to improvise while keeping the emotional arc of the characters intact. Although the journey was not always easy, it was a story that needed to be told. Through an honest yet artful portrayal of a complex young couple in a volatile relationship, I Believe in Unicorns hopes to validate alternative experiences and show young women in similar circumstances that they are not alone.

Meyerhoff: We raised funds for I Believe in Unicorns through a combination of private equity and grants. We also received an incredible amount of industry support and in-kind donations. Early on, I received a fellowship from NYU, fiscal sponsorship from San Francisco Film Society and discounted 16mm stock from FujiFilm. The project was an official selection of both the IFP Emerging Narrative Labs and IFP Narrative Finishing Labs, which included a Panasonic Award and extensive advice and support throughout production. We also participated in the Tribeca All Access Labs, whose generous production grant allowed us to finish principal photography on the film, and whose mentorship continues to this day. During post-production, we participated in The Edit Center program, the New York Film Festival Emerging Visions program and the US in Progress Paris program. Most recently, I received a director’s award from the Adrienne Shelly Foundation which allowed us to finish the sound mix. We are currently running a Kickstarter campaign to help us put the finishing touches on the film before our SXSW premiere!

Meyerhoff: Oh my. There are so many. We tamed wild horses and attached a unicorn horn to an ornery goat. We carried dolly track up a mountain and built a circus tent in a windstorm. We buried our lead actress in the dirt and then had to frantically dig her out as a thunderstorm rolled in. We lit a night scene entirely with fireworks and I ended up in the emergency room with third degree burns on my hand. We did somersaults underwater, baked doll parts inside of cupcakes cupcakes and animated melting ice for hours on end. We conquered the elements and surpassed our with smiles on our faces and glitter in our pockets. The making of this film was just as much of an adventure as the magical creations that ended up on screen.

?Filmmaker: How much of your crew was female? Was hiring women a consideration for you?

Meyerhoff: I Believe in Unicorns was surprisingly female-driven, both in front of and behind the camera. Allison Anders, Castille Landon, Heather Rae, Clio Tegel, Stacia Warren, and Megan Billman guided us safely through production, Meg Morman and Sunday Boling cast our lead talent, Katy Rusch, Emily Batson, Cat Navarro, Sarah O’Brien, Josephine Decker, Rhea Cutillo, Christina Corfield and Grace Sloan created fantastical sets and realistic costumes, Katie Mustard, Hannah Beth King and Aly Migliori Becky Laks shepherded us through post, Becky Laks, Jordan Smedberg and Chloe Reynolds helped with the edit and Sasha Gordon composed a magical score. I was lucky to be surrounded by a large group of incredibly talented women throughout the making of this film. Our set was evenly gender-balanced, which I thinked helped create a safe and supportive environment for our young female lead actress to explore a complex character dealing with sensitive subject matter. Process is every bit as important as product and I hope to continue working with strong and inspiring women in the years to come.

Meyerhoff: I Believe in Unicorns is such a heart-felt and unique project that I have a hard time imagining any other director making this film, but I imagine that my specific life experience informs my storytelling style in various ways. I tend to be more concerned with emotional truths than plot-driven specifics and am interested in creating a new visual language to explore the interior life of a teenage girl. I suspect that women are more likely to tell personal stories because we so rarely have the opportunity to see realistic versions of ourselves on screen. As a female filmmaker, I place a specific importance on creating strong female lead characters and hope that my film speaks to an audience hungry for authentic stories about young women.

Meyerhoff: Statistically, it is a lot harder to find financing for films by and/or about women. During the development process, numerous people told me that the odds were already against me and I would be better off making a film with a male lead. And yet, one of the main reasons I wanted to become a filmmaker in the first place was to contribute to the cultural landscape by creating more stories about women. I stuck to my gut, followed my heart, and proceeded to make a personal and authentic film with a strong female protagonist almost completely on my own terms. Along the way, I began to participate in and build upon a community of like-minded female filmmakers who are now actively helping each other make each others films.
?
Filmmaker: How can we get more women making movies?

Meyerhoff: We can support organizations like Tribeca All Access, the Adrienne Shelly Foundation, Women Make Movies, Gamechanger, Tangerine Entertainment and Film Fatales. We can invest in more films directed by women, mentor more women making films, and perhaps most immediately, build audience support for existing films directed by women as well as those with strong female leads.  Let’s create the world we want to live in!

Although Hollywood may be slow to catch on, there is a growing movement of incredibly talented female filmmakers making heartfelt, personal, authentic, ambitious and beautiful independent films on their own terms.

Meyerhoff: As I am getting my next feature off the ground, I would like to continue to help other female filmmakers make their films. Currently I am involved on the production side of several upcoming projects including Hannah Beth King’s Dirt Roads, Stewart Thorndike’s Lyle, and Brooke Sebold and Lisa Rubin’s Overlap. I am also a founding member of the New York based female filmmaker collective Film Fatales, which I hope will continue to expand and grow as more women filmmakers join together to make more films.