Life of the Mind: An Interview with Screenwriter Cliff Dorfman 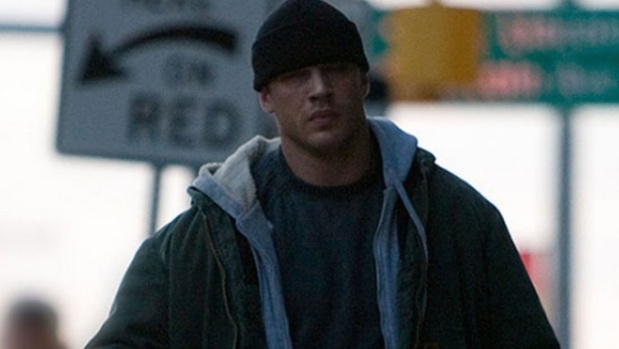 A bit player since 1993, Cliff Dorfman was instantly drawn to the movie business. “I started out scamming my way into whatever premieres were happening in NYC however I could,” he said. “I just wanted to be around it and absorb it. That attitude blossomed into connections that valued my work, which ultimately led to Entourage.”

As we sat down for coffee, Cliff talked candidly about his journey and the writing process. After transitioning from acting to writing on HBO’s hit show, Cliff picked up a nomination from the Writers Guild of America and finally found his calling. “Thought I was gonna be a rock star or a movie god,” he reflected. “Nope. I was blessed in realizing that I was at best a mediocre actor. Yet writing was something that kept being a constant in my life.” Cliff’s biggest advice to upcoming writers? “Don’t give yourself a safety net. If you do, you’ll use it.”

2011 saw the release of Warrior, a family drama set in the MMA world which Dorfman co-wrote. “After I sold Warrior, wrote it and it was shot, it was still sitting around with no release date,” he said. “I had another movie fall apart at the last moment that had some Oscar-level talent attached and because of the [2007-08] WGA strike all my funds were depleted. I ended up going through a bankruptcy, squatting in my foreclosed townhouse in the valley and having my car repossessed from my garage in the middle of the night. Then Warrior came out less than a year later and things started to change.”

2013 brought Cliff the monumental task of rebooting the 1994 cult classic The Crow, known for its dark visual style and the tragic death of lead actor Brandon Lee. Spanish director F. Javier Gutiérrez is set to direct the picture while original comic book source creator James O’Barr will serve as a consultant, promising a film closely resembling the original material. After writing the new script, Cliff was given an exclusive first-look deal by Relativity Media. I spoke with Dorfman about his career path thus far.

Filmmaker: What is the first story you ever wrote?

Dorfman: It was the start of this novel about growing up on Long Island. I was around 11 years old, maybe 10, and I handwrote at least 50 pages on loose leaf paper that I kept inside this black three-ring vinyl binder. I lost it. The ether ate it up along the way.

Filmmaker: Growing up, what movies or stories inspired your creative passion?

Dorfman: From early on it was Greek mythology. I was, and still am in a lot of ways, obsessed with it. That moved to classic literature and then film. The first movie that ever made me truly realize that this is what I wanted to do with my life was Blood Simple. I recall watching it on a VHS screener right after it screened at Sundance, which back then was in its first couple of years as a festival before it became a studio thing, when it was truly the golden age of independent film. Watching that film made me realize that it’s possible to achieve greatness within this medium. Reading The Fountainhead made me feel the same way.

Filmmaker: For an unknown writer, what is the best way to get their screenplay seen?

Dorfman: I know this may sound silly but if you write something great it just gets seen. I can’t explain it but it does. If that’s not enough for you, then put yourself out there to anyone who will read it. Target your brand, who you are as a writer, and follow other writers and directors and producers’ work that’s similar to yours. Find ways to reach out to them: in this digital age people are far more accessible than, say, when I had to sneak into premieres to merely be around anyone I could. But, most importantly—I can’t stress this enough—figure out your brand, what you have to say and why, why someone would hire you over other writers, what it is you do that’s unique. In business you have a USP [unique selling point]. Well, this isn’t show fun, it’s show business, and our USP as artists is our voice, our own, unique voice.

Filmmaker: What experiences from your life influence your characters?

Dorfman: Every single one. Every person I know, have ever known or even ran into for an instant. Every experience I’ve ever had. My family. My friends. My relationships. Everything. Nothing is sacred when I’m writing. It’s the most vulnerable you can be. I sit around public places and listen to other people’s conversations. If they interest me I sometimes record them or jot down things they say. Naturalistic dialogue is so visceral. And when I listen to it or read back some of the stuff I always find ways to relate it to my characters.

Filmmaker: Can you explain your character development process?

Dorfman: It’s very organic. Every time I sit down I pray that the writing gods are good to me. I go into the recesses of my experiences and ask to be shown things: for example, show me a life that has been tragic enough for someone to have the ability to lead very bad men.

Filmmaker: Do you write bios before you start writing?

Dorfman: I always create bios. I don’t always write them down.

Filmmaker: How emotionally involved are you with the characters you create?

Dorfman: It’s the hardest, most torturous part of the process. I live in their world the entire time I’m writing them. I could be out with friends, at a dinner, on a date and I’m sitting there thinking to myself, well, why would so-and-so react that way to her? If he did that she’d never talk to him again, he’d have to first do this, but would he actually do that since he and his dad haven’t spoken in 14 years?

Filmmaker: What is the most important aspect of building a great character?

Dorfman: Life experience. Tics. Weird eating rituals. Physical business is extremely important. We are constantly doing things with our bodies that betray the life of our minds. This is a dichotomy that I always explore and exploit. I had a female character in one piece that I decided whenever she got nervous she’d wrap her fists around her thumbs and squeeze. God’s in the details.

Filmmaker: Do you outline before you start writing?

Dorfman: Sometimes. I don’t love it, but certain stories demand it.

Filmmaker: What are your thoughts on structure?

Dorfman: Structure is technical. It’s obviously needed to some degree but there’s always a way to fuck with it. There’s so much room to turn it into something new. So long as in my head I know the beginning, middle and end of my story, I can tell it however I want. If it’s good and it works, the structure I choose to tell it in doesn’t matter. That’s why I love novels so much. There’s so much more room to fuck with structure.

Filmmaker: Looking at your favorite films, what type of structure do these films usually have?

Dorfman: They completely vary. The structure in Goodfellas is one I love: opening up at the beginning of the third act or end of the second then going back, leading us up to that point and continuing on until the end. Though of all structures out there the one I love the absolute most is Pulp Fiction. Brilliant…

Filmmaker: Can you talk about the importance of having distinct character voices?

Dorfman: Incredibly important. So often I’ll read scripts where several different characters share the same catchphrases or speech patterns. Again, I always find by giving them unique physical attributes and business you can begin to eliminate them sounding the same because they’re not the same. Unless of course you’re making a point, like two friends who are so close for so long that they share a brain per se.

Filmmaker: During the writing process, do you ever find that your characters start to speak for themselves?

Dorfman: Always. If they’re not then I know I’ve done something wrong.

Filmmaker: Does dialogue come easily or is it difficult for you?

Dorfman: None of it comes easily. It’s all painful.

Filmmaker: How do you avoid exposition?

Filmmaker: You don’t. You police it. I go back through and read it over and over and continually ask myself do they need to say this? And in doing so, I’ve come up with some really cool scenes and interesting ways to show things that I initially had been telling.

Filmmaker: What is your daily writing routine?

Dorfman: Working out is a huge part of it. Boxing and yoga. Gym and running. The endorphins are incredibly helpful. Putting my phone away, shutting it off and leaving it in another room. That’s big also. But other than that it’s fluid.

Filmmaker: How do you overcome writer’s block?

Dorfman: I’ve gone as far as going to a hypnotist. Not sure if it worked or it was a placebo effect but I definitely started writing after it.

Filmmaker: What is the biggest misconception about being a screenwriter?

Dorfman: Not sure that there are many, other than maybe people thinking it’s fun. Sure, the aftermath is awesome: watching something you’ve written come to life, etc. But getting it onto the page is, personally speaking, excruciating.

Filmmaker: What is the biggest highlight of your career?

Dorfman: Not sure it’s happened yet. I have this philosophy of always arriving and never having arrived. I figure once I’ve arrived there’s nothing left to do but leave.

Filmmaker: Can you explain your re-writing process? Do you look forward to this stage of the process?

Dorfman: The rewriting process is a constant. It’s the only way anything gets made. How I deal with it is simple. When I’m writing and I write that one scene that I love more than anything—the scene or moment that I know is amazing, original, fresh and evocative—in my mind I accept that it’s that scene that will be the first to be cut. Thus, when I start getting studio or producer or network notes, anything else that they want to change is far easier to deal with. Plus it’s a common misconception that you get all these stupid notes. Not the case: I’ve had the luxury of working with some amazing producers and creative executives who see things that because I’m so ensconced in the word I simply cannot. And they say it and I’m like, “Oh shit! How did I not see that? It’s so much better” This shit is a team sport. In this business nothing great gets created and made in a vacuum.

Filmmaker: How do you deal with the solitary aspect of screenwriting?

Dorfman: The life of the mind. It’s like having all the politics, struggles, tribulations and dynamics of working in an office going on inside your own brain. I personally deal with it by doing crazy shit. Hunter S. Thompson shit.