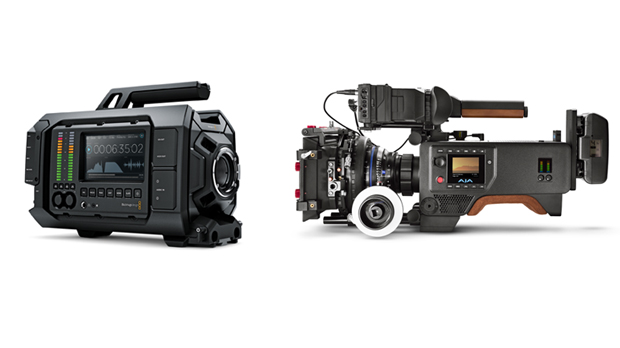 by Joey Daoud
in Cinematography, Filmmaking
on Apr 8, 2014

There were two big camera announcements at NAB yesterday. First up AJA is entering the camera market with CION. This is a 4K camera with global shutter that has the ergonomics and connections of a more traditional camera. It’s priced at just under $9000 for the body and a power adapter. However there’s some things to keep in mind.

It’s PL mount only so the lens options will be pricier. It also only takes AJA PAk Drives which run about $700 for 256 GB and $1300 for 512 GB, so media will  not be cheap. And you’ll need to get some batteries and battery mounts.

The other big camera announcement is the 4K URSA from Blackmagic Design. OK, technically Blackmagic also announced a studio camera, but that’s built for multi-camera studio and broadcast setups, so it doesn’t have many applications for filmmakers.

URSA’s ergonomics definitely look more like a traditional ENG camera than Blackmagic’s Production cameras, but it’s got some interesting twists. First off the flip out monitor is huge – about the size of an iPad. It’s also got two touchscreens on both sides of the camera to change settings, check image, pull up scopes and monitor levels.

EF mount will be about $6000, PL mount around $6500. There will also be a broadcast version and a very unusual version – HDMI. 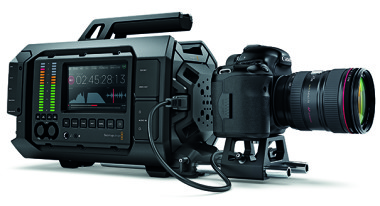 Essentially you plop your DSLR in front of the unit (which now doesn’t have a sensor) and connect via HDMI to record 4K. Now you can use your camera’s sensor but get the XLR inputs, timecode, scopes, and ProRes ability that the URSA has to offer. Price isn’t posted online but was announced to be around $4500.