Small and Handy Grip Gear from Manfrotto and Matthews 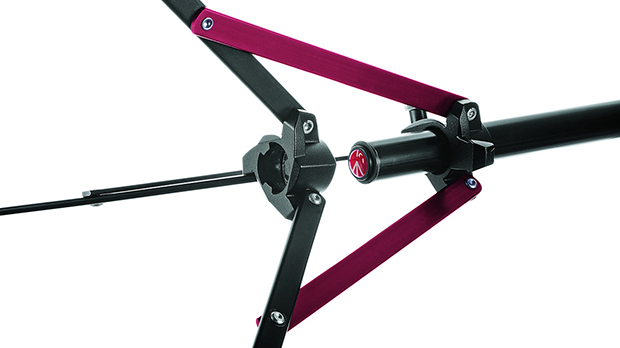 by Joey Daoud
in Cinematography, Filmmaking
on Apr 9, 2014

With lots of one-man-band shooters out there and small productions, it’s always great to find small but effective gear along with gear that does double duty.

Manfrotto released the new Nanopole Stand, a lightweight stand with a twist. The center column pops out of the legs, giving you a boom pole to quickly hold a small light or accessory overhead. Works great with their new Smart Tilt Head, a flexible cold shoe mount adapter.

Another nice feature of the stand that is also appearing in other Manfrotto stands is a flexible leg that slides out, giving some adjustment room to level the stand out on rough surfaces.

Matthews has the handy RoadRags kits – portable 24″ x 36″ or 18″ 24″ sets of two frames that come with two scrims, flag, and silk. These work great with their MiniGrip kit, which is two clamps connected by a rod. This let’s you flag off a light using the same stand the light is on – definitely a space saver to avoid bringing a second stand.

For further mounting options Matthews has the NOGA Arm – an extruding arm for mounting lights, monitors and other devices (like a tablet with the new Universal Tablet Mount). An extruding arm isn’t new but they tend to lose their grip after a while. The NOGA arm uses a rod system instead of springs. While I haven’t used it in the field, I put a good amount of force on it and didn’t see any slip in the grip.