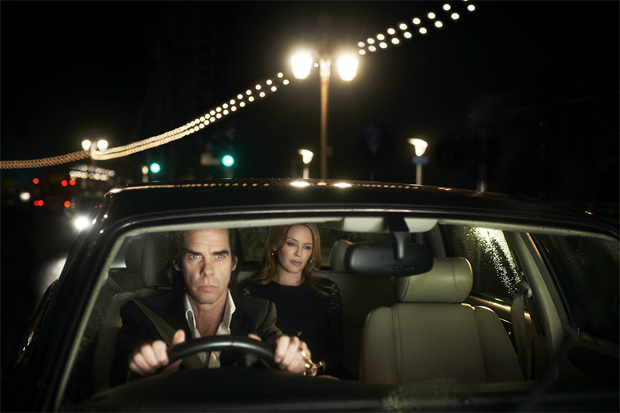 Speaking April 30, 1999, at Minneapolis’ Walker Art Center, Werzog Herzog laid down 12 edicts on the pursuit of “ecstatic truth” in the documentary. “The so-called Cinema Verité is devoid of verité,” Herzog proclaimed in his “Minnesota Declaration,” announcing instead his devotion to “poetic, ecstatic truth” accessible “only through fabrication and imagination and stylization.” He was speaking specifically about his 1992 masterwork Lessons Of Darkness: unfaked, awe-inspiring footage of Kuwait’s oil fields on fire after the Iraq War, framed by a made-up Pascal epigraph and narration from the perspective of an alien intelligence baffled by what it’s seeing. Herzog unrepentantly heightened the unfathomable monstrousness of his images with devices not found in straight reportage’s toolkit.

“Ecstatic truth” was a prophetic catchphrase, but 15 years on, have Herzog’s words been embraced by filmmakers as well as their funders? Last year saw the successful US commercial release of Stories We Tell and The Act Of Killing, in which significant quantities of staged footage become part of both movies’ active concerns. Helped respectively by director Sarah Polley’s quasi-name status and the latter’s unnervingly revelatory subject matter, the two films represent the tip of an iceberg from a circuit of formally ambitious hybrid documentaries excited to capture unreplicable human interactions with as much care as the fussiest narrative.

Considering The Act Of Killing’s disquieting mixture of journalistic inquiry into the 1965 Indonesian genocide with highly stylized musical numbers and other subjective glimpses into the killers’ psyches, it’s no surprise director Joshua Oppenheimer is admittedly influenced by Herzog, who served as an executive producer. When Oppenheimer opted to cut the film down from 159 minutes to a two-hour director’s cut to make sure his information would be more likely to get out into the world, Herzog initially said to do so would be “a crime.” Oppenheimer pragmatically made the cuts anyway, accepting the necessity of beefing up his journalism-to-formalism ratio, with the consequence of leaving “less space for some of the surreal, ecstatic moments that both Werner and I loved very much.”

Sarasota Film Festival director Tom Hall fears that funding is a major stumbling block for documentarians wanting to take similar aesthetic risks. “With the rise of the Sundance Institute and the Ford Foundation and other institutes that fund nonfiction filmmaking, they’re really going for social issue films,” he observes. “I think that’s both good, because there’s a million stories that need to be told, and a shame, because I think it’s really driven the form or the expectation of the form in a certain direction.” He points out that a number of grants for documentaries explicitly point to a requirement for “social issues” topics or “journalistic” standards, prioritizing conventional urgency over formal ambition, implicitly separating the two and precluding the possibility of deliberate ambiguity.

Sundance senior programmer Caroline Libresco agrees that 15 years after Herzog’s words, it’s still “a little more challenging to find funding [for such work], especially nonrecoupable charitable funding, because those are often agenda-driven kinds of funds.” Tabitha Jackson concurs and has the ability to intervene; the executive producer of The Imposter and story editor of The Arbor, two well-traveled hybrids, was appointed director of the Sundance Institute Documentary Film Program in November. In her new capacity, she’ll oversee the annual disbursement of $1.8 million for films at various stages of completion.

“I don’t mean this insultingly, but the content was more important than the form, and sometimes at the expense of the form,” Jackson says of purely informative American social issue documentaries. “I think that’s different from the European and U.K. model, where public service broad-casters have been very strong in the rigor of their journalism and have also been held to account to support the most artistic kind of filmmaking. As I come into this landscape, I do see significantly more funding for films about social issues than, as it were, for purely artistic endeavors. That’s not to say that things were completely different in the U.K., but financially there was more latitude for experimentation.”

Another representatively ambitious work from this year, 20,000 Days On Earth surely benefited on a pragmatic level from Nick Cave’s above-the-title presence. But the noncelebrity documentary with more than journalism on its mind is rising on the festival sphere. Last year, the Venice Film Festival’s Golden Lion went for the first time to a documentary, Gianfranco Rosi’s Sacro GRA, and Oppenheimer’s next film has funding from the Sundance Institute: an indication of hybridization’s next-tier normalization and/or the acknowledgment of an unignorable new star — hopefully both. Jackson mentioned her analogous interest in art world figures such as Steve McQueen and Sam Taylor-Wood crossing into movies, another productive hybridity. It’d be great, she says, if “people could make those films about those issues that they’re passionate about, but also could just use their films to express how it felt to be alive in the world.”